The Journal of Business is an independent business newspaper that covers news primarily in the greater metropolitan area that includes Spokane, Wash., and Coeur d’Alene, Idaho. That market includes more than 600,000 residents and serves as the business and media hub for a sprawling geographic area that spans much of Eastern Washington and North Idaho, and is known as the Inland Northwest. 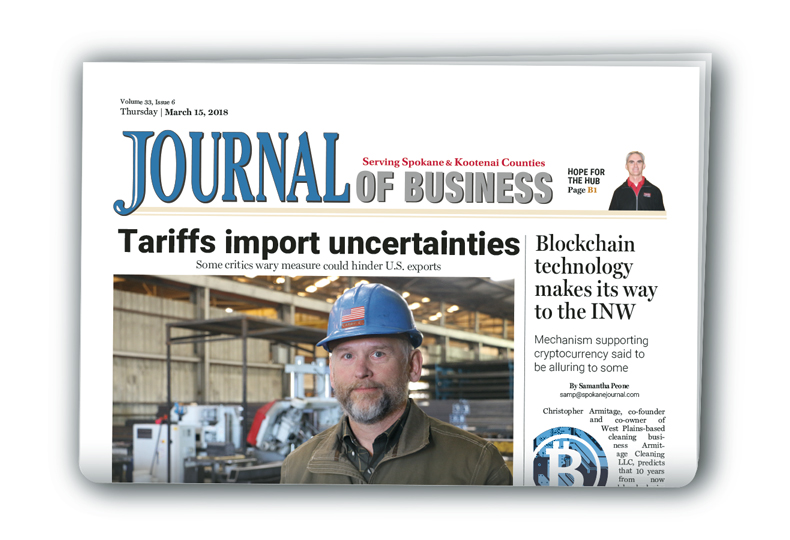 The Journal is published bi-weekly, 26 times a year, and has an audited circulation of about 14,000. Using survey-determined pass-along rates, we know the Journal has more than 40,000 readers. Perhaps more importantly, Journal readers are well-educated, affluent business leaders and decision makers.

The Journal has been publishing since February 1986, and is owned by a subsidiary of Spokane-based Cowles Co.

The Journal’s comprehensive business coverage has earned it hundreds of awards for writing and design, including “Best Newspaper” of its size in North America by the Association of Business Publications, and first place for “General Excellence” among non-daily newspapers from the Society of Professional Journalists. It also has been named Media of the Year by both the Spokane and Washington state boards of Realtors.

Each print edition of the Journal of Business includes at least one industry-specific special section, ranging from Real Estate & Construction to Health Care to Manufacturing. We also publish a host of supplemental magazines and compendiums, including the annual Book of Lists and the Market Fact Book.