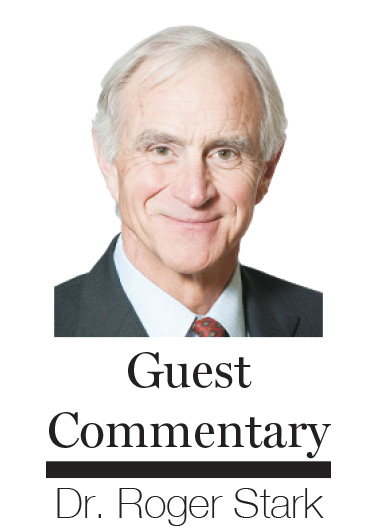 The Medicare trustees released their annual report last week. The report shows a continuation of the gradual march to insolvency for the health insurance plan.

Medicare has four parts—A, B, C, and D. Part A covers hospitalizations and major medical issues. It’s funded by payroll taxes, premiums that enrollees must pay and money from the federal general tax fund.

Part B is funded by means-tested premiums and the general fund. Part C functions like a health maintenance organization, where enrollees have all of their medical problems handled by a network of providers. Part D deals with drug benefits for people enrolled in Parts A and B.

The trustee report focuses on Part A. Although over the past few years a higher percent of funding for Part A has come from the general tax fund, the trustees report on the amount of money “stored” in the Medicare trust that comes from payroll taxes.

In 2015, estimates showed the trust would fund Part A through 2030. Last week’s report revealed the trust would run dry by 2028, two years earlier than last year’s prediction. The trustees gave two reasons—lower than expected payroll taxes and a less than predicted decrease in hospital usage.

Medicare Part A won’t just end in 2028, but benefits will be cut to 87 percent of the current benefits. This will drop to 79 percent by 2043. Parts B and D must, by law, be fully funded, so premiums will increase, especially for wealthier seniors, and more funding will come from the general tax fund.

Obamacare also can control Medicare spending through the Independent Payment Advisory Board. This board became known as the “death panel” during the 2008-2009 health care debates because it would potentially control the criteria for receiving health care in Medicare. The Medicare trustee report indicated that the trajectory of Medicare spending isn’t currently high enough to trigger the formation of the IPAB.

As the 21st century rolls out, entitlement spending on Medicare and Medicaid, and to a lesser extent Obamacare, will represent the vast majority of ever-rising federal spending and federal debt. Unfortunately, neither presumptive presidential candidate seems willing to address this eminent financial disaster. Only bold leadership will preserve these entitlements as true safety-nets for the specific people who need them.