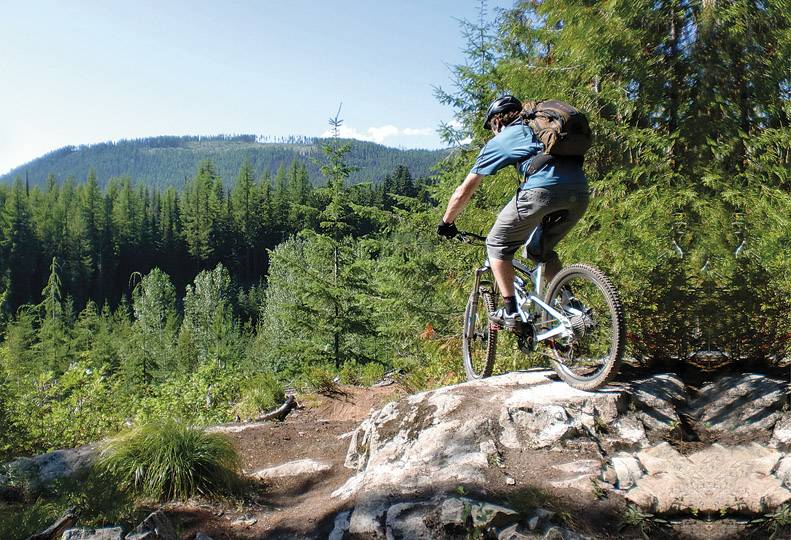 --Pend Oreille Economic Development Council
Economic development advocates in Pend Oreille County are marketing the area to people who want both high-speed Internet services and a variety of outdoor amenities.

It’s no secret that Pend Oreille County is a great place to play. Economic development advocates there want more people to know it’s a place where they can bring their jobs, along with their boating gear, mountain bikes, and hiking boots.

The Pend Oreille Economic Development Council plans to launch “High Tech, High Rec,” a promotional campaign that emphasizes the area’s recreational amenities and the high-speed fiber optic network that serves the south half of the county, rivaling most urban systems.

The system has the capacity to provide a high-speed fiber optic connection to every business and home in the service area, which encompasses some 400 square miles lying between the south county line and the Cusick-Usk area, says Jamie Wyrobek, council director.

Wyrobek claims the system is a lot faster than what most people in Seattle have.

“We’re probably one of very few rural areas afforded this opportunity,” she says. “To be wired to the extent we are is amazing.”

The high-speed connection makes it possible for more people to work and play in Pend Oreille County.

“Everybody loves to come and get out of the city to recreate, boat, camp, hike, and fish,” Wyrobek says. “They’re not always afforded the opportunity to live here.”

Located directly north of Spokane County, in the northeastern corner of the state, and bordered by Stevens County on the west, Pend Oreille County boasts numerous mountains and lakes, a 70-mile stretch of the Pend Oreille River, and extensive public forestland, but still is sparsely populated, with a population of 13,000 as of the 2010 census.

The economy historically has been fueled by natural resource extraction, especially timber. In recent years, though, the unemployment rate has bounced around in the double digits, peaking at nearly 20 percent in February 2010 and was most recently recorded at 10.6 percent in March of this year, according the U.S. Bureau of Labor Statistics.

Jones adds that she knows of several people who telecommute or work from home, using high-speed Internet service.

“I’ve met one man with a home business who chose to move here just because of the fiber project,” she says, adding she’s hearing anecdotally of other new home businesses that use the high-speed network.

The fiber network also has enabled some people to further their education through online courses, Jones says.

POVN’s monthly connection fee for high-end residential users is $75 a month, Jones says. A budget connection is $55 a month.

Alex Stanton, a principal at Newport-based information technology company Exbabylon LLC, says, “Having fiber makes it possible for me to do my job.”

Without the fiber network, it was more difficult to convince qualified IT candidates to come to Newport.

The Community Network System opens the option for people to live in Pend Oreille County and have access to a rural setting or larger tracts of land, he says.

“Today, because of access to high-speed Internet structure in Newport and Pend Oreille County we run a full half of the team out of Newport, and we’re in the process of moving the entire remote support and network operation to Newport,” he says. “We’ve been able to build a local team of people who live and want to work here. Fiber has made that possible.”

Without leaving his home just last weekend, Stanton says, he led an Exbabylon team in resolving a client’s IT emergency.

“Within 15 minutes, I was mountain biking at 49 Degrees North,” he says.

The Pend Oreille PUD received a $27.3 million grant in 2010 to construct the district’s Community Network System.

The grant was the second largest of eight grants awarded through the federal Broadband Technology Opportunities Program.

Rhonda Thomas, director of information technology at Pend Oreille PUD, says the majority of the system was online in 2013 at a total cost of $34 million.

“We’ve been adding customers ever since,” Thomas says.

Prior to the fiber project, “It was difficult to get any kind of speed,” she says. “Some homes didn’t have Internet or phone service. Some couldn’t even get cell service.”

Pend Oreille PUD had a head start building the system when the grant was announced, Thomas says.

“We had built the backbone four our own needs, and we had connected libraries and schools,” she says. “When the grant came up we had enough in place that we could do the build-out.”