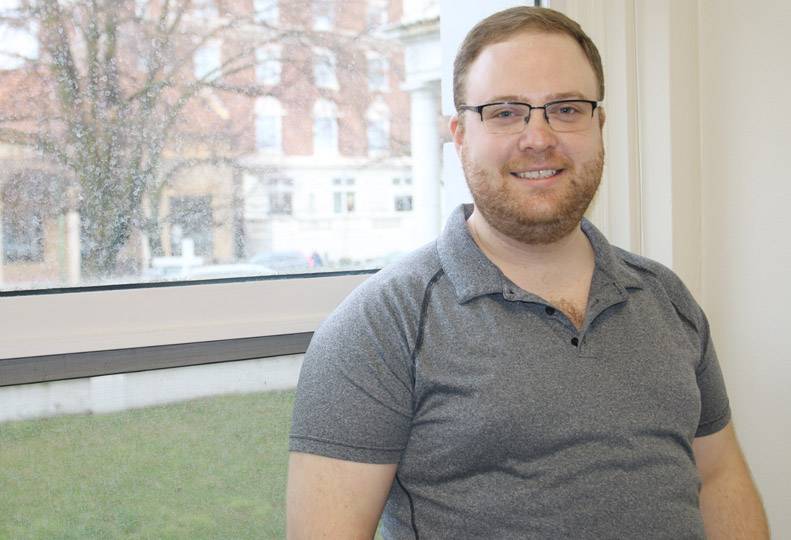 -—Kevin Blocker
Reed Jessen, of IP Street Holdings LLC, says the company now is creating a higher level of customization in its products, adding, “Integration is kind of the word of the moment.”

IP Street Holdings LLC’s head of product development says the patent-data software analysis company here is getting back on its feet.

“It was dormant for a while, but we’re making money again,” Jessen says.

IP Street’s software is designed to provide inventors, attorneys, and business executives the ability to analyze complex patent data and make sense of what can be densely-worded patent documents that are frequently hundreds of pages in length.

The company was co-founded in 2010 by Lewis Lee, who also co-founded and is a partner in the Spokane-based intellectual property law firm Lee & Hayes PLLC. Jessen previously worked as an analyst for Lee & Hayes before accepting his current position at IP Street in February, he says.

“I’m very familiar with IP Street’s product because the Web application at Lee & Hayes was one I used all day every day,” Jessen says.

Jessen declines to reveal the company’s annual revenues except to say the company is once again making a profit. “We’re taking on more customers and revenue is positive,” he says.

He also declines to disclose the names of companies that subscribe to IP Street’s service.

IP Street has two employees and contracts with Foretheta LLC, of Spokane, for software development services.

“We’re quite lean, and the owners want to keep it that way,” Jessen says. “We don’t need a lot of people to do what we do.”

The company’s original software was programmed to sort and aggregate more than 7 million cloud-based patent records that have been filed with the U.S. Patent and Trademark Office since 1976.

The idea for IP Street originally evolved from a project that Lee & Hayes was involved in with a big Wall Street bank in 2005, Lewis Lee told the Journal for a story that appeared five years ago.

Jessen says now, “They built a great product that quantifies information treating patents as an asset class. The algorithms they developed are profoundly good.”

What IP Street’s software lacked, however, was an ability to be better suited to customer need, he says.

“What we’ve been doing since my initial month here is creating higher degrees of customization for users,” Jessen says.

“As a product subscriber, you can now use Google Sheets or Microsoft Excel with our software. Integration is kind of the word of the moment, and we needed to do that with the software to make it more familiar to our customers. The software can now be integrated for use by some of the largest companies on Earth,” says Jessen.