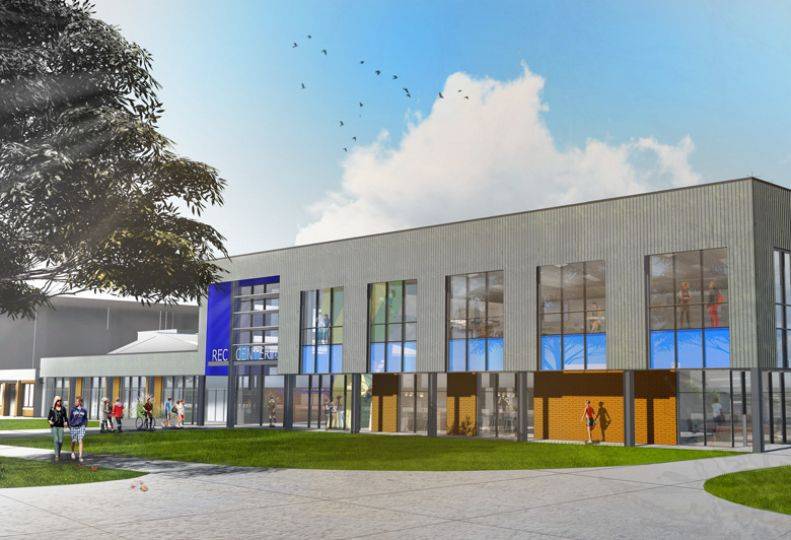 Community Colleges of Spokane plans to start construction next spring on a major renovation and expansion project at its main gym and adjacent athletic facilities on the Spokane Falls Community College campus, in northwest Spokane.

As of last week, the community college district was in final negotiations with Spokane general contractor Lydig Construction Inc., which has submitted an apparent-low construction bid of $11.3 million, says Clint Brown, CCS director of capital projects.

The total budget for the project is $18 million, Brown says.

Brown says construction will begin in March. The project, which is designed by Integrus Architecture PS, of Spokane, is scheduled to be completed in June 2018.

A building permit application has been submitted to the city and was under plan review as of earlier this week.

The project will include remodeling the 23,700-square-foot main gym and a 10,100-square-foot fitness center in the Building 7 complex at 3305 W. Fort George Wright Drive, on the west side of the central campus near the athletic fields and parking areas, Brown says.

“The main gym is going to get a facelift, including new bleachers, new scoreboard systems, and new lighting,” Brown says.

The project also will include replacing an adjacent 13,000-square-foot, single-story athletic department facility in the Building 7 complex with a two-story, 25,000-square-foot addition.

The addition will have classrooms for physical education and athletic department offices, student lounge space, and an exercise area with a two-story climbing wall.

“We will be consolidating faculty and coaching staff offices,” Brown says.

He says the addition also will have locker rooms for teams, students, and faculty.

The Building 7 complex also has a practice gym in which the fitness center and weight-training equipment will be moved during the construction project, Brown says.

Faculty and staff offices and work spaces will be relocated to temporary quarters on the campus, he says.

Intercollegiate gymnasium activities will be relocated during construction to the Spokane Community College campus near the northeast corner of Mission Avenue and Greene Street, in East Spokane.

Both community colleges are part of the CCS district, which also provides a variety of other education programs throughout its 12,300-square-mile service area.

The design for the renovation and addition project aims to meet the Leadership in Energy & Environmental Design silver rating.

It will include reflective roofs, high insulation values, water conservation features, optimization of natural lighting, and an advanced heating, ventilation, and air-conditioning system, planning documents on file with the city show. Exterior materials will include storefront-type glass, brick veneer, and metal panels.