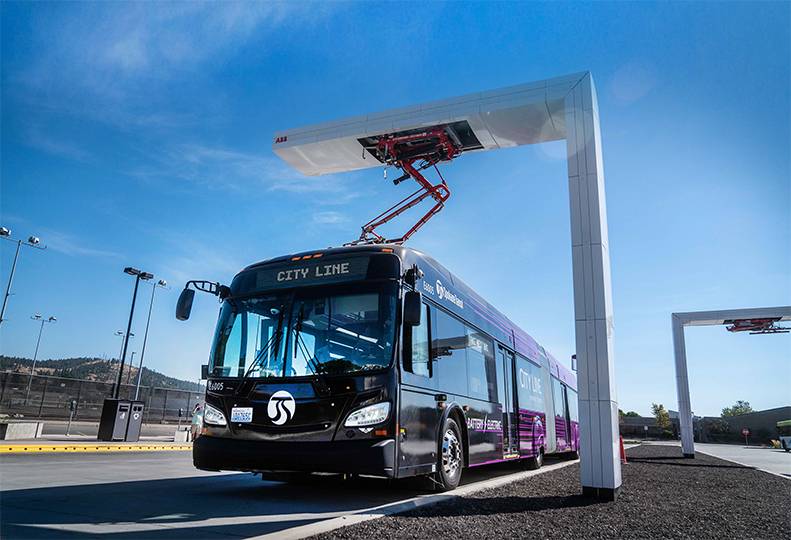 The first phase of Spokane Transit Authority’s $92.2 million City Line project is scheduled to be finished this year, and the rapid-transit bus line is expected to be up and running in July 2023.

Brandon Rapez-Betty, chief operations officer at STA, says the first phase involves construction of the largely horizontal features along the six-mile route, which will run from the Browne’s Addition neighborhood eastward through downtown Spokane, then northeast through the University District, and ending at Spokane Community College. Horizontal elements include station platforms, communication conduits, and roadway improvements.

The second phase will include what generally can be described as vertical elements, including shelters, signage, offboard ticketing machines, and community artwork, among other features, Rapez-Betty says.

Initially, the City Line was scheduled to launch operations this May, but STA pushed back the timeline due largely to an inability to secure some supplies needed for the second-phase features. Specifically, Rapez-Betty says, STA needs about 2,000 linear feet of rolled tube steel for the shelters, which has been in short supply.

“We decided not to launch in a piecemeal way because it really detracts from the vision we shared with the public,” he says.

STA has secured the 10 electric buses for the City Line and is considering purchase of an 11th vehicle. A decision on that purchase might have been made at the organization’s March 17 meeting, which occurred after Building The Inland Northwest went to press.

While STA has budgeted $92.2 million for the project, the organization has spent, committed, and has forecasted spending a total of $80.4 million, as of January. If those numbers hold true, the project will come in $11.8 million under budget.