Coyote Rock to add up to 180 apartments 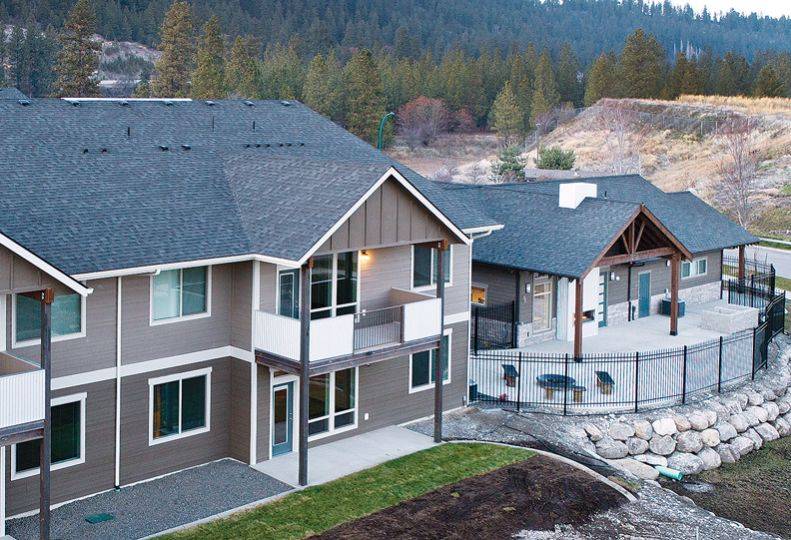 -Prodigy Property Management
Up to 180 living units will be constructed at the Coyote Rock development, located on the south side of the Spokane River in Spokane Valley.

Two apartment projects with a total value of $13.5 million are under construction in Spokane Valley.

One will have up to 180 units and is under construction at 12007 E. Coytote Rock Drive, in the Coyote Rock development on the south side of the Spokane River, says Ryan Lewis, a property manager and broker with Prodigy Property Management.

Coeur d’Alene-based Riverside Place LLC is the project owner. Mort Construction Inc., of Coeur d’Alene, is the contractor on the project, and ML Architect & Associates Inc., of Post Falls, designed it.

Building permits issued by the city of Spokane Valley list the construction value of phase one at $10.3 million.

Construction is projected to be completed by March, he says.

The complex will be an upscale apartment community with access to the Centennial Trail, Lewis says. Living units built during phase one will have 1,000 square feet of living space with two bedrooms. Unit layouts for haven’t been determined yet, he says.

Rents for initial units will start at about $1,200 per month, Lewis says.

Washington state Department of Revenue records show Riverside Place and Mort Construction have shared ownership with Neighborhood Inc., the original developer of Coyote Rock subdivision, which has been under development since 2006. A representative for Mort Construction couldn’t be reached immediately for comment.

Separately, a 24-unit apartment building is under construction at 13506 E. Broadway, which is on the south side of Broadway Avenue, a few blocks west of Evergreen Road, says Steve Goodmansen, architect and associate with Bernardo|Wills Architects PS, of Spokane, which designed the structure.

A building permit issued by the city of Spokane Valley lists the project value at $3.2 million.

Building permit information also shows Diamond Rock is constructing a duplex on the property. The two-story structure will have 2,800 square feet of living space and an attached garage, according to permit information.