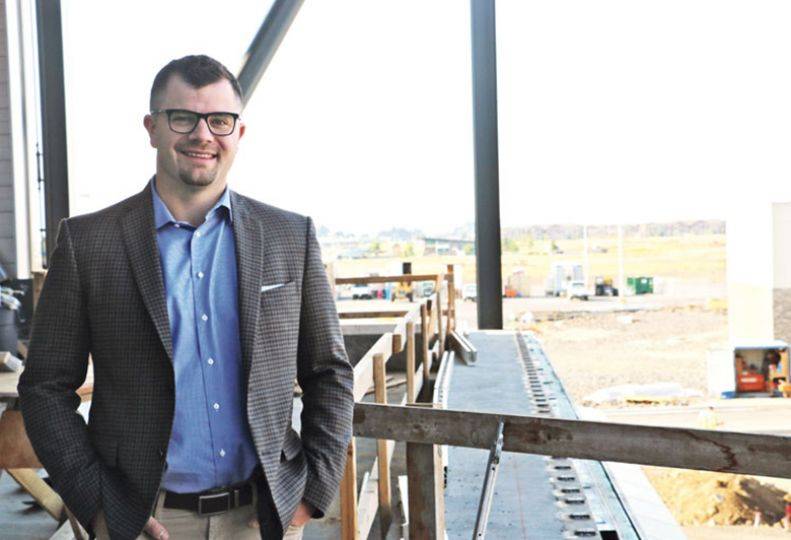 -—Natasha Nellis
Brandon Haugen, general manager of Kalispel Development Co., is leading the organization as it undertakes a massive expansion of Northern Quest Resort & Casino, on the West Plains.

Brandon Haugen began working as a valet at the Northern Quest Resort & Casino in early 2008, when the casino and hotel were in the midst of a massive $275 million expansion.

A decade later, the casino is undergoing another expansion, but this time Haugen—now 33 years old and general manager of the Kalispel Development Co.—is at the center of the most recent wave of development activity.

Haugen grew up "an average kid in an average part of town" in Spokane. He graduated from Ferris High School before he was recruited to play linebacker for the University of Wyoming
football team.

Haugen received his bachelor's degree in planning in December of 2007 and decided to return to Spokane. While working at Northern Quest, he earned a master's in business administration with a focus on American Indian entrepreneurship from Gonzaga University.

He's been promoted consistently since he began working at Northern Quest and says he's never felt the desire to leave.

"There hasn't been any reason to want to go look for something else when you get a chance to help develop your tribe and the economic development activity in Airway Heights," Haugen says.

Haugen oversees all of it.

"My goal, overall, is to make not only Northern Quest and Airway Heights a better place, but just this whole region," Haugen says. "I want to create attractions that bring people from all over the world to come here and make Spokane a true
destination."

Of the many projects he's been part of, Haugen says it's impossible for him to choose favorites.

"It's like your kids; you love them all the same," says Haugen, a father of three. "My biggest success, at the end of the day, is … just working with people. It's one thing to build something and to lease land and let others develop it, but it's another thing to get a whole group of people rowing in the same direction. I'm not the only reason that's happened, but I think I've had a good degree of influence over helping create that collaboration and making that work."

Haugen is president of the West Plains Chamber of Commerce and serves on the Spokane Sports Commission Board. He also coaches his children's flag football teams. Haugen says the challenges of his busy life are enjoyable.

"I'm not perfect. I make a ton of mistakes, but at the end of the day, just getting back on the horse every single time you fall off, focusing yourself on never letting yourself or anybody else down is probably one of the biggest motivators for me."