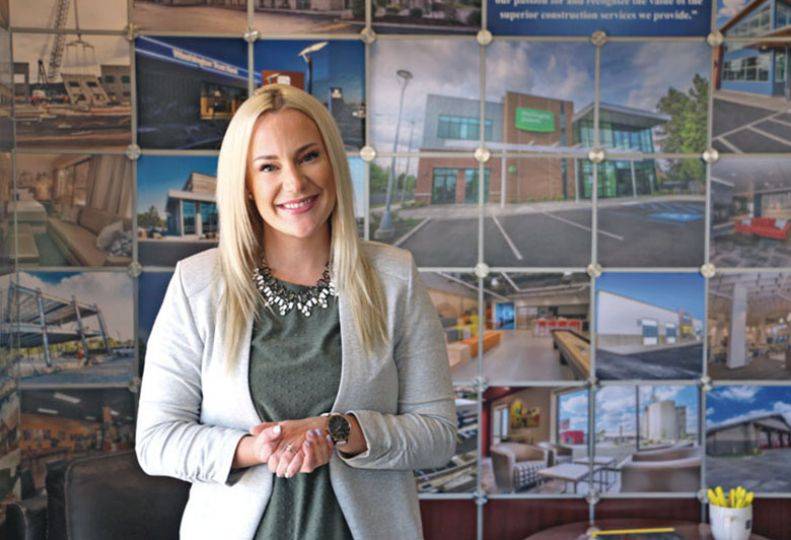 -—Natasha Nellis
Brooke Baker Spink, who serves as the director of business development at Baker Construction & Development Inc., says she got her first taste of sales when working in the insurance industry after college.

But it was work in another industry in which Baker Spink, 32, learned how to build sales.

After graduating with a bachelor's in business administration from Washington State University, she spent five years working for State Farm insurance, where she helped build a new office on the South Hill here from the ground up, she says.

"It was a really good experience for me, essentially helping open up a business from scratch. We didn't have a single policy holder when we opened up our doors," says Baker Spink. "That was when I got my first taste of sales."

Afterward, she transitioned into a corporate role with the insurance company and was later offered the option to run her own State Farm office.

Instead, Baker Spink chose to join Baker Construction & Development because she wanted the opportunity to work with her dad—and second-generation family business owner—Barry Baker.

"Before I got married, he was my best friend," says Baker Spink, who wed in 2015. "My dad is my role model and the guy I go to for everything."

After long conversations with her father and his business partners about what joining the construction industry and working in a family business would involve, Baker Spink says she came onboard to the company in a sales position. Five years later, serving as director of business development, she loves working for the family business, she says.

"I know that this is where I was meant to be," she says.

Now, Baker Spink primarily works with preconstruction services—working with clients to prepare to break ground on projects. That can entail selecting a project site, procuring loans, or interviewing lenders, architects, and engineers to ensure the companies are good fits for the client.

"Director of business development is just a fancy title for sales," says Baker Spink. "I'm getting out there; I'm in the community and chatting with people and seeing if they need our services."

Being the boss's daughter, young, and a woman in the construction industry, Baker Spink says she's been stereotyped and had to work hard to earn her place in the mostly male industry.

When she started out, she was "more puppy dogs and candy canes" but has since toughened up and adapted to working in a fast-paced and hands-on industry, she says.

Beyond her career, Baker Spink is involved in a number of community organizations, including co-chairing Spokane County United Way's Emerging Leaders Society and working with the Spokane Philanthropy Awards for four years. She's also on the board of directors for the Spokane Sports Commission and a member of Rotary 21.

Earlier this year, she was named by Spokane County United Way as the 2018 Emerging Leader of the Year. In 2015, she was recognized as one of Catalyst magazine's 20 Under 40.

As for personal aspirations, Baker Spink says she'd love to be a mother someday and continue her traveling adventures.

"I want to show my future children you can be an amazing mother and have a successful and fulfilling career at the same time," she says.