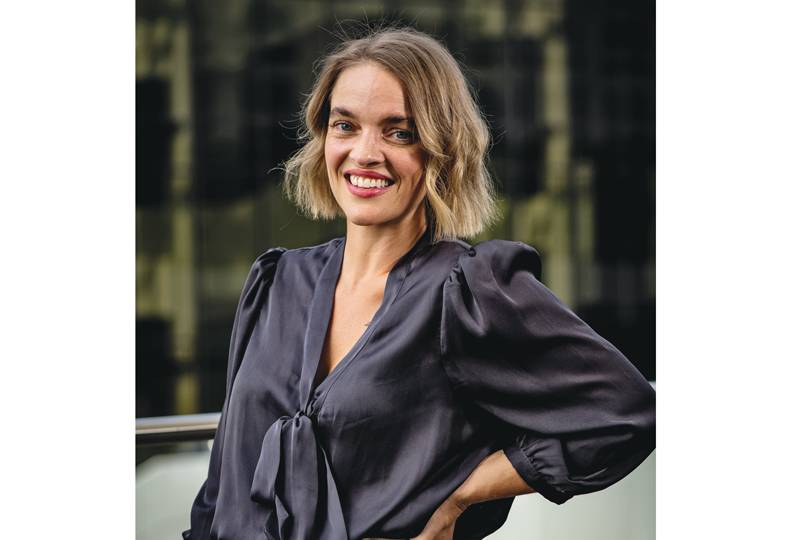 Bee Simonds credits the success of her natural skin-care line to following her passion.

While she launched H Is for Love LLC in Spokane in 2015, her journey began about 10 years ago, when a family member was diagnosed with a serious illness that required daily medications.

“Being the rebel, I didn’t believe that,” says the 38-year-old mother of two.

Simonds began studying the human body and the food and products her family was using. That prompted her to throw out anything made with harmful chemicals or contained refined grains and sugars, and she opted for local, organic produce.

Her loved one’s symptoms subsided after a year and haven’t returned to this day, she asserts.

“The human body is a magnificent agent of healing. It will find balance if given the tools,” says Simonds, who studied cosmetology.

“The beauty industry was teaching women to hate signs of aging and to try to cover up what most people call flaws,” she says. “It can be done with grace if we love on ourselves. I don’t think what people identify as flaws are really flaws. Embrace those crow’s feet when they come.”

H Is for Love products are botanically based and made in the tradition of the herbalists of the past. The company also works closely with farmers who grow the products from which the ingredients originate.

The line includes two products for the body and two for the lips, for both women and men. Rather than creating different variations for different skin types, such as oily or dry, Simonds asserts one product will help balance the skin.

Simonds spent more than two years researching and developing formulas for the line.

“In the beginning, there was a lot of obsession that went into the process,” she says. “I found my passion when I formulated skin care.”

The first product she created was a moisturizer.

“Most of us have beautifully balanced skin. I formulated nectar for that skin,” she says. “It’s formulated with linoleic acid, a very light oil that mimics our skin’s sebum and doesn’t clog pores.”

While the products have become more complex, her obsession hasn’t gone away.

“Anybody who wants to take a risk and follow their heart’s desires and passions, do it. Keep doing it and never quit,” she says. “If you believe in it, that belief will give you the energy to pull all-nighters.”

She compares her time creating formulas to writing or recording music, which she had done when playing in a band.

“I miss getting lost in music, when you’re in flow,” she says. “There’s a flow to writing music or recording music. I think that’s why I like formulations so much. I reach flow. It’s fulfilling.”

The “H” in H Is for Love is a symbol representing the number three, says Simonds.

“If you study nature, everything from the mycelium to the galaxies, you see the number three. That always fascinated me. It’s my way of giving a nod to the divine as it reveals itself through the natural world,” she says.

The company has been growing steadily yet rapidly. It employs one person in addition to Simonds. While Simonds has been approached by investors, she has chosen to remain self-funded.

Manufacturing is handled on her property, and she currently is building another facility there to accommodate growth.

H Is for Love products currently are distributed through 34 brick-and-mortar and online businesses worldwide. About five more are expected to be added soon, she says.

Someone asked her recently how she recognized the market opportunity for H Is for Love products. She didn’t.

“I totally just made this because I believed in it, and it happened to take off. I really did get lucky,” she says. “I launched something I believed in.”