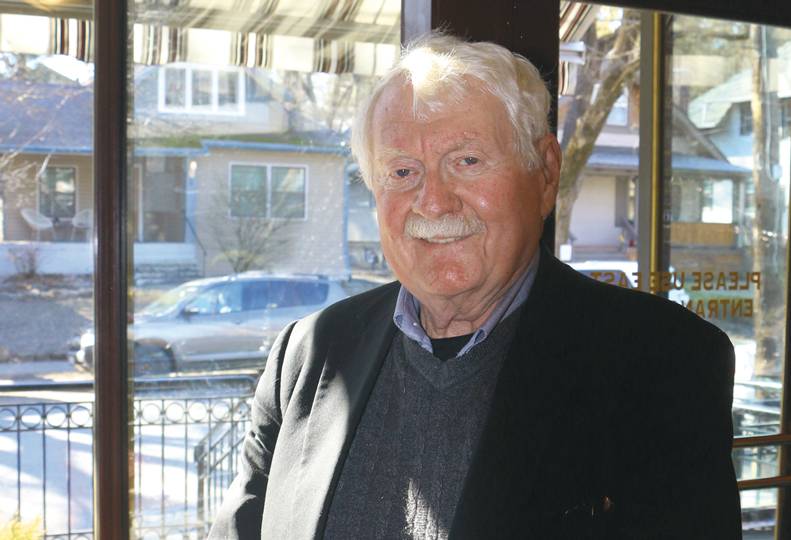 People who know Tom Tiffany describe him as a science enthusiast with a knack for strategizing, traits that served him well in his career in the medical laboratory industry.

“I was always enamored with the sciences,” he says. “The most enjoyable thing for me was exploring new technologies and processes or figuring out new and better ways to do things.”

PAML was part of Providence Health & Services and Catholic Health Initiatives, and was once one of the top 10 clinical laboratories in the U.S., according to Tiffany.

As a reference laboratory, PAML completed routine tests, including standard urinalysis, blood counts, and blood chemistry panels, as well as esoteric testing, such as genetic, molecular, and infectious disease testing.

Tiffany was CEO of PAML from 1987 until his retirement in 2012. While at PAML, he helped create eight clinical laboratory outreach laboratory partnerships between PAML and hospital systems with the goal of integrating regional clinical reference testing with outpatient and acute-chronic patient clinical testing.

Born and raised in Spokane, Tiffany graduated from North Central High School in 1959. He went on to attend Whitworth for a time, before studying medical technology at Eastern Washington University when it was still named Eastern Washington State College.

“I was the first in my family to pursue a higher education,” he says. “I decided on medical technology because of my interest in chemistry and the harder sciences.”

In his junior year of college, Tiffany was working as a laboratory assistant and considering teaching, when he decided to pursue a National Science Foundation summer fellowship at Oregon State University.

It was around this same time that he married his wife, Marilyn, whom he’d known since junior high school.

“We got married and honeymooned in Oregon,” he says. “Ultimately, I decided teaching wasn’t the direction I wanted to go, so I got my doctorate in biochemistry-biophysics instead.”

Tiffany went on to become a senior research scientist in biomedical research at Oak Ridge National Laboratory, in Oak Ridge, Tennessee, and completed his post-doctoral training at the State University of New York, Buffalo in Clinical Biochemistry.

In 1974, Tiffany began working for PAML as a board-certified biochemist and technical director. While also working full time at PAML, he was given permission to start a small company, Micro Biochemical Research Corp. to build clinical chemistry analyzers with funding from Smith Klein Instruments, a subsidiary of pharmaceutical company Smith, Klein & French.

Tiffany worked for the company for the next 10 years, leading research and development for its next product, called Monarch, and eventually became general manager of the Instrumentation Laboratory Spokane facility.

After Instrumentation Laboratory was spun off by its parent company Allied Corp. in 1986, Tiffany returned to PAML as general manager.

PAML became known as PAML Bourget, having been purchased by Sacred Heart Medical Center Providence Services in 1986 as the first entity of Bourget Health Services Inc., a for-profit corporation owned by nonprofit SHMC and the Sisters of Providence Eastern Washington.

“When I came in, not everyone had the best attitude toward my ideas for growing the business and making us more competitive,” he says. “But I focused on building a good team, and as we grew, my title evolved, which gave me some helpful weight when establishing relationships with clients.”

Tiffany says his strategy was for PAML to purchase small private labs in communities such as Yakima, Tri-Cities, and Olympia, then leave the routine laboratory testing within those communities.

“We sent the testing to hospitals and sent the esoteric testing to our Spokane PAML laboratory,” he says. “This was not, nor is it now, the usual practice of commercial labs, but our belief was that testing should be local and physicians should have access to their test results as soon as they were available.”

To help facilitate that access, PAML was one of the first labs to develop an Enterprise Master Patient Index System, which allowed the company to identify and track lab patients throughout its eight partnerships, Tiffany says.

“With that strategy and tools like the patient index, PAML grew from a $7 million lab in 1987 with 125 employees to billing over $300 million for PAML and partners by 2012,” he says. “There were 37 hospitals in the eight partnerships and PAML had more than 1,600 employees.”

Tiffany maintains that the success of the strategy was due in part to his six-member team at PAML, some of whom still speak of him fondly. One of those team members, Sudarsan Varadan, is now CEO at Sonora Quest Laboratories, in Phoenix.

“Having Tom as a mentor, encouraging me and giving me opportunities to speak and grow my talents, helped me grow as a leader and also gave me some exposure career wise,” Varadan says. “His willingness to try new things and create change was part of what led people to trust him and made him a great leadership figure.”

Another of Tiffany’s key team members, Noel Maring, is now the vice president of hospital relations for Sonic Healthcare USA.

“What Tom was able to do, taking PAML from $7 million in revenue and growing it to $300 million between PAML and the joint ventures, was pretty amazing growth,” he says. “Almost all of that was organically created through our sales force and new joint ventures, which is a unique accomplishment in the industry.”

Robert Michel is the editor-in-chief of The Dark Report and president of The Dark Intelligence Group Inc., which provides market intelligence and business news for the clinical laboratory industry. Like Varadan and Maring, Michel has known Tiffany for many years and admires his work.

Michel says The Dark Report has followed PAML’s successes in the lab industry since the early 1990s.

“PAML was at the front of the curve, bringing in new technologies and aligning strategies with hospitals and physicians served,” he says. “Tom’s leadership certainly helped facilitate that.”

Tiffany retired from PAML in 2012 and started his own consulting business, called Adapt Clinical Consultants Team LLC, which operated for two years.

“It was a lot of work, so after about two years I decided to move to just independent consulting,” he says.

In what ended up being its last year as PAML, 2017, the company ranked 23rd on the Journal’s Largest Spokane County Employers list, with 829 full-time equivalent employees in the county.

That year, Laboratory Corp. of America Holding, a Burlington, N.C.-based company that does business as LabCorp, acquired PAML, as well as its interest in a number of joint ventures.

While witnessing some of the changes at the company since he retired has been hard for him, Tiffany says he’s confident he left the organization in a good place.

“Many of the leaders there now are former PAML employees, who I know care deeply for the physicians and the patients and will continue to drive the organization’s internal quality going forward,” he says.

Post retirement, Tiffany has remained active in the community, serving on the Eastern Washington University Foundation Board and the EWU C-STEM advisory board, and the board of Spokane diagnostic tech company GenPrime Inc.

Tiffany and his wife Marilyn had three children, sons Mark and Matthew and daughter Marcella.

“Most of my free time now is spent care taking of two lake properties on Loon Lake,” he says. “I have seven grandchildren now who all love spending time there, so it’s nice to have a place we can all enjoy.”

Tiffany says he’s honored to be nominated as a Journal of Business Icon.

“I’ve always tried not to take myself too seriously,” he says. “But I’m honored to be nominated and to know that my work has impacted people in such a positive way.”