Attorney helps others via advocacy, litigation 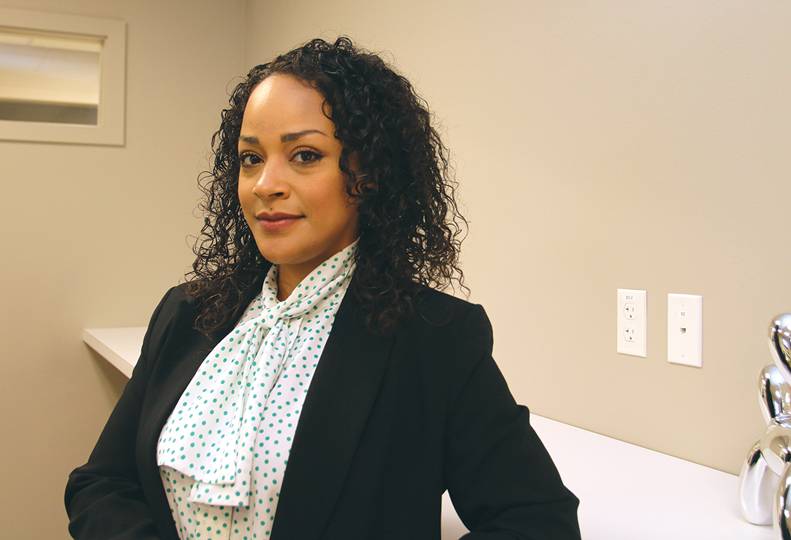 Natasha Hill, sole practitioner of Natasha L. Hill PS, says she has a passion for helping families and enjoys litigation.

“At the end of the day, we need people to get paid and we need to hold companies accountable for that,” she says.

Allen says, “Within her career, she’s successful and is only going to do bigger and better things.”

She grew up just down the street from Hill’s family, in Hillyard. She says she nominated Hill after the May 31 protest and march supporting the Black Lives Matter movement, in Spokane, where Hill spoke with police officers at the Spokane County Superior Courthouse.

“In a very short amount of time, she has already stepped up and started to position herself in Spokane as a leader of the Black community,” Allen says.

This summer, Hill campaigned to become chairwoman of the Spokane County Democratic Central Committee. She has advocated for people of color and those in low-income communities to have a voice in expressing what their neighborhoods need to improve.

Hill graduated from Rogers High School and earned a Bachelor of Arts degree in sociology from the University of Washington in 2003. She moved to Southern California and worked for the Children’s Law Center while attending Southwestern University School of Law, in Los Angeles. She earned her Juris Doctor in 2006.

She admits she struggled in law school initially but describes herself as relentless and determined.

“I can write my own ticket, and I feel like that’s what my law degree gave me,” she says.

Hill also gives credit to mentor Gary Kaufman, of the Kaufman Law Firm, in Los Angeles, for recognizing her value as an attorney with a diverse perspective in his office.

Kaufman hired Hill shortly after she received her license to practice law in California. “He was opposing counsel on one of the cases I had and he thought I held my own really well against his associate,” Hill says.

She learned to run a solo practice and improved her formal mediation skills with Kaufman.

“I don’t want to toot my own horn, but I’m really good because I learned from the best,” Hill says.

Hill returned to Spokane in 2015 to raise her two children near family. After repeated questions from clients concerning family law, Hill took a temporary position at Winston & Cashatt Lawyers PS to get a feel for domestic matters. Family law “is a great equalizer,” Hill says. “Anyone can be affected; it doesn’t matter your background or your socioeconomic status.”

Now on her own, Hill says navigating clients through the court process has been rewarding.

“I like getting people to the end game,” she says. “I like the strategy that goes into figuring it out, but it always feels good to shake your client’s hand and tell them we’re done.”