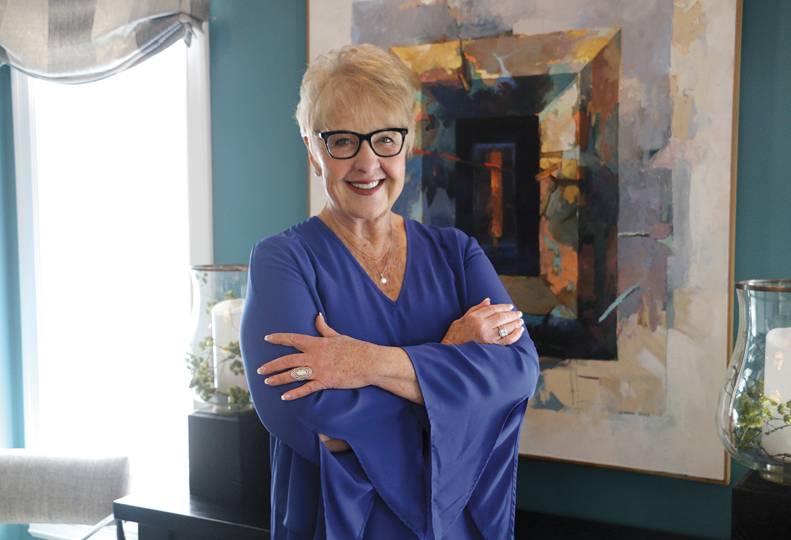 Judy Cole says it’s gratifying to see the fruits of her 35-year career at Avista Corp. continue to flourish.

Cole, former senior director of business and public affairs at the Spokane-based power company, says she’s watched as Avista’s corporate responsibility programs have grown from seeds she helped nurture in the early 1990s, when the company was still called Washington Water Power Co.

“When we started to examine corporate responsibility, we decided that we needed to define it for the future company, as well as how we could weave it into the fabric of the culture,” Cole says. “The principles that we talked about and that we used in our definition back in the 1990s have held true, even now.”

“It wasn’t integrated,” Morris says. “It wasn’t thought about holistically. Judy brought that cross-functional, horizontal thinking to the organization. Judy really brought that thought process to Avista that we truly have a deep set of guiding principles and values at this company, and we need to make sure that we live them in all that we do.”

Cole, age 71, says Avista’s corporate responsibility statement, which includes language regarding social, environmental, and economic effects of the company’s operations, has remained nearly unchanged since the launch of its responsibility programs.

“In the beginning, we looked at the concepts of public involvement,” Cole says. “When we would start a project, like siting a new substation or enhancing a transmission line, how could we work with the community and the residents to have an impact? If at all possible, how do they have a say in what happens and how that impacts where they live and where they work?”

Cole says it’s a testament to the values and the work of Avista employees that the company has committed to going fully carbon-neutral by 2045, and that Avista has been named to Ethisphere Institute’s list of World’s Most Ethical Companies in 2020 and in 2021.

“I see how it lives on today,” Cole says. “There’s something wonderful about that, that I was able to be a part of something bigger than me.”

Cole started in human resources at Avista in 1976, after a conversation with her mother prompted her to apply for a position.

“As luck would have it, after about six months, I went on temporary assignment in public relations,” Cole says. “I got to that department, and I went, now this is something I can really relate to.”

Cole took on the responsibilities of some retiring employees, which she says allowed her to try on a few different hats in Avista’s public relations department.

At one point early in her career, Avista established a video department, and Cole was tasked with putting together a quarterly magazine show. She was also in charge of putting together a video in a timespan of less than a week for Washington state to use in its bid for the Superconducting Super Collider, a particle accelerator. The project was awarded to Texas but ultimately was never constructed.

The experience of collaborating was one of those rare experiences, she says, when everything clicks into place.

“When that harmony begins, you’ve got gold,” she says. “Put the right people together, create the environment for their creativity, and you get magic.”

Cole says one of the greatest challenges she faced in her working years was not at Avista, but in serving on the board of directors for Deaconess Hospital.

“I served on the board when the decision was made to sell Empire Health Systems,” Cole says. “The board’s goal was to ensure the financial stability of Deaconess and Valley medical centers and to attract investment to the system that would benefit patient care delivery, physicians, EHS employees, and the region.”

Cole says it was a challenge for the board to identify an investor with the right mix of financial stability, values, and culture.

In 2008, EHS was sold to Community Health Systems Inc.

One of the more challenging experiences she had while at Avista was the November 1996 ice storm, which knocked out power in several counties and left thousands without water and heat. As Avista scrambled to restore services, Cole says she saw collaboration happening at all levels.

“For example, the smaller water districts: We couldn’t get their power to them because some were in a more remote area,” she says. “So, we’d find them a generator.”

On the fourth day of the blackout, Spokane County’s health officer expressed concern for the lives of its most vulnerable citizens.

“We were able to identify where the most vulnerable populations were,” Cole says. “So, we were able to dispatch to get those neighborhoods on more quickly than others. What I loved was that police and fire went door-to-door with blankets, checking to make sure people were OK.”

Looking back on her career, Cole says she has one regret: lack of work-life balance.

“I worked all the time,” Cole says. “I sacrificed precious moments with family for work. I was a single mom, and I had a good network of support—my mom and my sister and others—but I would have found ways to be home more.”

Cole says that since retiring in 2011, she’s spent more time with her daughter, Jodi.

Also, Cole says she’s spent some time helping to manage Grapetree, the retirement community in which she lives on the South Hill.

The community was formerly owned and operated by Touchmark but was sold to a developer in 2017. Cole says that meant residents had to create their own homeowner’s association.

Cole was nominated and became president of a three-person board.

“It was right in my wheelhouse,” she says. “I knew how to put these things together. I had dealt a lot with contracts and working with developers and working with the community. The bonus that I got was that I met every neighbor and got to know them very well.”

Cole says she’s since left the board and is now working to fundraise for cancer research.