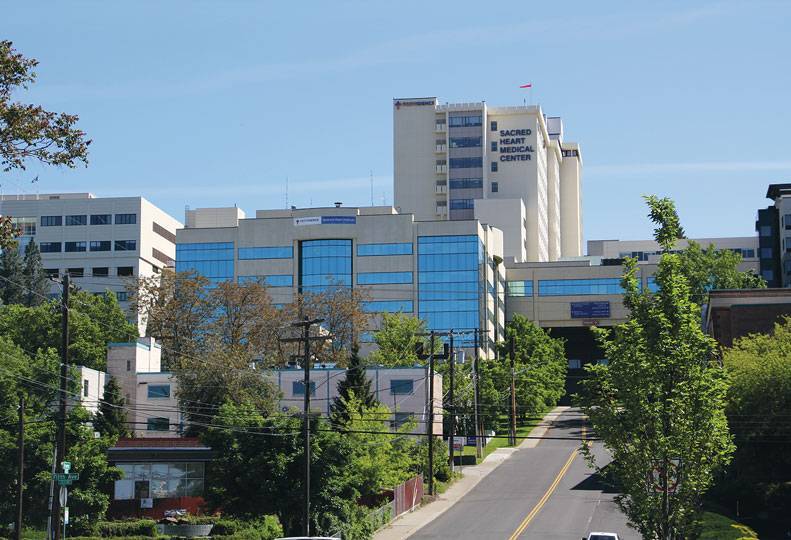 -Staff Photo
Providence Sacred Heart Medical Center is one of 14 hospitals named in a lawsuit brought by the Washington state Attorney General's Office.

The Washington state Attorney General’s Office has filed a consumer protection lawsuit that claims that 14 hospitals, including the two Providence hospitals in Spokane, sought to collect payments from Washington residents who were eligible for charity care.

The lawsuit, which seeks $70 million in debt relief and millions of dollars in civil penalties, alleges that nine Providence Hospitals, including Sacred Heart Medical Center & Children’s Hospital and Holy Family Hospital in Spokane, and five Swedish hospitals applied aggressive payment-collection tactics and failed to ensure that eligible low-income state residents received discounts to which they are legally entitled.

Other Eastern Washington hospitals named in the suit include Providence Mount Carmel Hospital, in Colville, and Kadlec Regional Medical Center, in Richland.

A statement issued by Renton, Washington-based Providence describes the claims in the lawsuit as “inaccurate and unfair.”

In its statement, the health care provider contends that Providence, Swedish, and Kadlec delivered $79 million in free and discounted care in 2020 alone.

“Our practices comply with, and in many instances exceed, the requirements of Washington’s Charity Care Act,” Providence asserts in the statement. “Our threshold for care eligibility is at least two times more generous than Washington state standards.”

The AG’s lawsuit, however, alleges the hospitals collectively sent more than 54,000 patient accounts to debt collection that the hospitals were aware were eligible for financial assistance.

Washington’s charity care law, which covers households with income at or below 200% of the federal poverty level, requires all hospitals to forgive some or all of the out-of-pocket cost of essential health care for low-income patients who qualify.