Amazon drops plans for last-mile delivery station on North Side 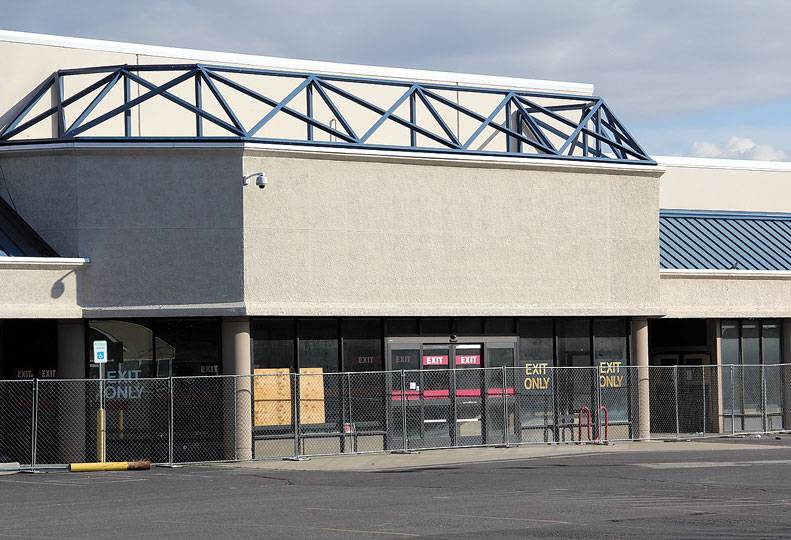 -Natasha Nellis
The former Lowe’s Hardware building sits dormant along north Division Street after Amazon.com Inc. opted not to pursue its project there.

Amazon.com Inc. has pulled out of plans to develop a new North Side delivery station in the former Lowe’s Home Improvement building along north Division Street.

“We have decided not to pursue this location due to operational constraints, although we continue to explore opportunities to invest across the region and Washington state,” says Amazon spokeswoman Karen Riley Sawyer in a prepared statement. “We appreciate the time and attention committed to this potential project by the city of Spokane, and we look forward to our continued work together.”

“Amazon is a dynamic business, and we are constantly exploring new locations,” she says. “We weigh a variety of factors when deciding where to develop future sites and to best serve customers.”

However, Chris Bell, managing broker with NAI Black, contends in an email, “The city took too long to hold a conditional-use permit hearing, so the undisclosed tenant went away. Another deal that is a casualty of the failed city processes in COVID.”

Amazon often requires outside companies it works with to sign a nondisclosure agreement. The e-commerce retailer was confirmed to be the planned tenant of the structure through permit applications for the project.

Bell is listed as the project agent representing the property owner on the permit application. He couldn’t be reached for further comment.

The former Lowe’s retail store recently has been relisted for lease.

Permits on file with the city of Spokane show Amazon planned to develop a 116,000-square-foot delivery station at the site at 6902 N. Division. Through its delivery stations, Amazon prepares customer orders for last-mile delivery.

A project notice posted on the city of Spokane’s website shows that the Delivery Station and Warehouse conditional use permit was withdrawn.

The proposed delivery station project was valued at $15 million. The city of Spokane had issued interior demolition permits to the developer in late January. Tualatin, Oregon-based Perlo Construction was listed as the contractor on the project, which was designed by Seattle-based MG2.

The project plans proposed demolition of a 17,000-square-foot building, the garden center, and covered building extensions, according to project details on file with the city of Spokane.

In addition to the tenant improvements to the former Lowe’s structure itself, a new five-door loading dock was planned on the southwest corner of the building. Two new parking lots were planned, one adjacent to the structure with 74 stalls for fleet vehicles, 117 stalls for associate parking, space to que 25 vans for loading, and an additional offsite fleet van parking to include 250 van stalls and seven Americans with Disabilities Act-compliant stalls.

Plans for the project were first reported in early October 2020. Planning documents show the change of use application was accepted by the city in mid-November.

Conditional-use permits enable a land use not specifically allowed by-right in a particular zone. The former Lowe’s building is currently zoned as a general commercial-use structure, and Amazon was requesting to change its use to warehouse and freight movement and associated uses.

Planning documents note that any proposed warehouse and freight movement use of over 50,000 square feet of floor space in a general commercial zone is subject to a conditional-use approval.

Kirstin Davis, communications manager for community and economic development with the city, says “There definitely was an impact” from the pandemic on the permitting process in the city.

She adds that most of the employees in the Development Services Center began working from home in March 2020.

A conditional use permit is reviewed by about 10 separate departments, she adds.

Davis says plan review times have been longer than normal, though not all of that additional time can be attributed to pandemic-related restrictions.

“The city of Spokane experienced a record-breaking year for permit issuance in 2020,” she says, adding that the adoption of new building codes that took effect on Feb. 1, 2021, also created a surge in normal workload “as customers were submitting applications before those changes went into effect.”

An activity report submitted to the Urban Experience Committee on March 8, provided by Davis, shows the number of permits issued by the city in January was up 35.5% compared with December and dropped 27.3% in February.

While total construction value doesn’t necessarily equate to an increase in permit numbers, it does indicate a busy construction year.

While the north Division Street project has been shelved, its Spokane Valley nonsort fulfillment center is well underway at 18007 E. Garland. The massive e-commerce retailer expects to employ at least 1,000 at the location upon opening.

Amazon confirmed last month that the 1.6 million-square-foot, $150 million facility was its development. The company will focus on fulfilling customer orders for larger items, like bulk paper goods or sporting equipment, at that site.

Once the Valley facility opens, Amazon estimates it will employ more than 4,000 people in the Spokane area.