An avenue to improvement along Third 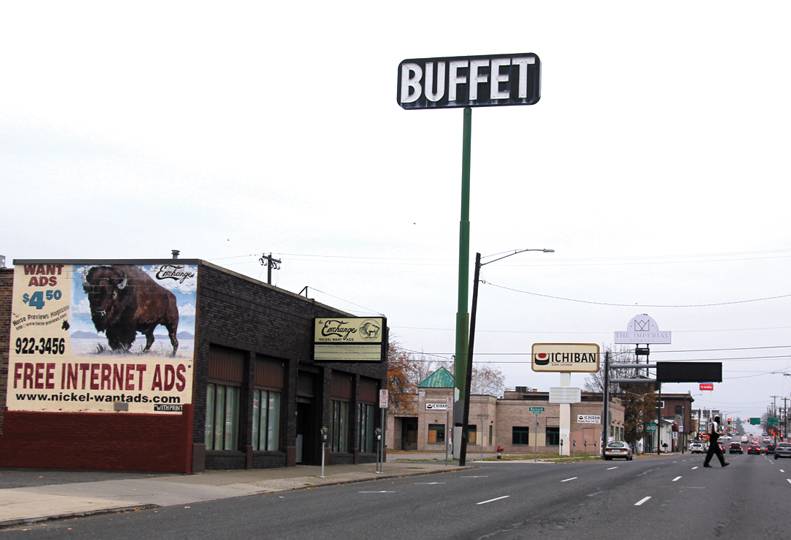 -Virginia Thomas
A brewpub is envisioned in the former Exchange Publishing building. It’s one of a handful of new projects along west Third Avenue.

An increase in business interest and improvements along West Third Avenue downtown could signal the beginnings of additional developments in an area long affected by commercial vacancy, some familiar with the neighborhood say.

Mark Richard, president and CEO of the Downtown Spokane Partnership, says Third Avenue, especially the stretch between Washington Street and Browne Street, has been blighted by commercial vacancy for several years. Now, that seems to be changing.

“We believe we’re seeing that neighborhood start to realize its full potential,” Richard says. “As the population grows, you have entrepreneurs looking for new opportunities, and you’ve got more business investors in the area looking to invest in those opportunities.”

The neighborhood has become more appealing as lease prices in the downtown core continue to rise.

“If you try to invest in a retail or hospitality space in the core, you’re going to pay more,” Richard says. “This is just a half-step off of that, with great traffic counts, great visibility from the freeway, and it’s more affordable.”

West of Washington, projects include the recently completed Hope House affordable housing and shelter project, at 1301 W. Third, and the planned razing and replacement of the Carl’s Jr. restaurant, at 707 W. Third.

In total, these projects represent more than $18 million in improvements and new structures.

Samantha Cook, executive administrative assistant at Pacific Northwest Behavior LLC, says the business moved into the former Pizza Hut location in August after a great deal of renovation. The building had been damaged in a July 2020 fire allegedly started by a homeless person squatting in the building.

Cook says Pacific Northwest Behavior was previously located in the Fellow Coworking space in the Washington Cracker Co. Building, about two blocks north of its current building. But the company, which provides in-home applied behavior analysis therapy for people on the autism spectrum as well as those who have developmental disabilities, was outgrowing its space. One of the owners of the building suggested the former Pizza Hut, Cook says.

“We had seen some renderings, and we fell in love,” Cook says. “The area is getting gentrified. It’s up and coming.”

Cook says other businesses on Third Avenue, such as neighboring Divine’s Auto Repair Shop, have begun to improve their properties.

Cook says she’s heard of the brewery rumored to be going into the former Exchange Publishing building.

Preliminary documents filed with the city show Paramour Brewpub has plans to convert the structure into a brewery and restaurant. About $1.2 million in renovations would create a space for brewery operations and a taproom and add a second floor for seating. Austin Dickey, of Copeland Architecture and Construction, is listed as the project’s architect. Dickey says the project is currently on hold.

Jesse Fox, commercial real estate agent with SVN Cornerstone LLC who assisted in the Days Inn transaction, says, “I’m definitely seeing a lot of activity. I don’t know exactly where it’s coming from, but my hunch is that there’s a huge influx of people coming in from out of state, and they’re seeing this as an opportunity.”

With an increase in competition, Fox says commercial buyers have had to be more aggressive.

“If they’re not putting in a letter of intent at asking price and coming up to the landlord’s terms, they’re missing out on deals,” he says. “For those who are local, it’s creating a sense of urgency for them to get off the fence. They have to act now, or these opportunities aren’t going to be available in the downtown area.”

However, Richard says that some here have recognized the relative affordability of commercial spaces just outside of the downtown core, such as those on Third Avenue.

“As a result of the fact that this area … has had some challenges over the years, pricing of real estate is very affordable,” he says.

The Third Avenue corridor is poised to gain some of the amenities of the downtown core after it’s formally added to the downtown Business Improvement District, Richard says. As previously reported by the Journal, the Downtown Spokane Partnership and the Spokane City Council agreed last month to a five-year contract extension that also expands the Business Improvement District, which DSP manages, to include much of Third Avenue.

“Starting next year, we believe we’ll be able to go up there and start phasing our way into providing cleaning services and our ambassador service,” Richard says.

That includes security, as well as what Richard calls the concierge service.

“We’re engaging with customers, everything from fixing flat tires to providing directions or helping them find a great place to eat,” he says.