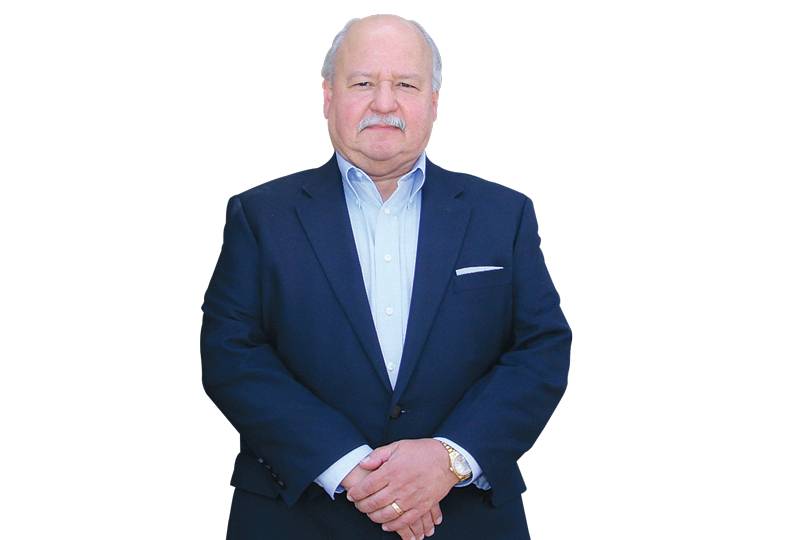 Across the 36 testing facilities statewide, an average of 4,650 tests are performed daily, according to data provided by Gov. Jay Inslee’s office. Altogether, the facilities have the capacity to perform over 22,200 tests a day but are shackled by supply shortages.

Dr. Bob Lutz, Spokane County health officer, says as of Friday, May 1, the Washington state Department of Health had about 20,000 test kits, but is expected to get “tens of thousands of test kits” within the next week.

Lutz says the Spokane Regional Health District ordered 6,000 kits near the end of April and another 20,000 on May 4 after receiving word the state would be receiving more tests.

“We’ve been hearing for quite some time that the pipeline is going to increase … ‘any time soon’ has been sort of a moving target,” he says.

As of May 4, health care providers had performed 212,005 tests for the virus statewide and identified 15,185 confirmed COVID-19 cases, according to state Department of Health data. Of those, 374 confirmed cases are in Spokane County.

One type of test, called PCR for polymerase chain reaction, allows the identification of pathogenic organisms by detecting their genetic makeup. The test can be conducted via a blood sample or throat and nose swab.

“As a general rule … that testing is going to be a critical component of not only what we’ve done, but what we’re going to do next,” says Dr. Francisco Velazquez, a board member of Life Sciences Washington and former CEO of Spokane-based Pathology Associates Medical Laboratories LLC.

Velazquez is a volunteer member of a work group through Life Sciences Washington assisting local leaders, including the SRHD and major health care providers, in developing a network to access supplies, testing materials, and information about COVID-19. He also is a member of the newly established testing task force in Spokane County, he says.

The supply chain is the biggest limiting factor to expanding testing, Velazquez says.

Typically, he says, when an outbreak occurs, the Centers for Disease Control & Prevention is the first line of defense, and then it ripples down through public health agencies and commercial laboratories that develop tests and vaccines. The natural progression is for testing to start in hospitals and clinics, then be conducted at doctor’s offices and eventually, when possible, through at-home tests.

“That has been adequate for most things,” he contends. “The biggest issue with this particular viral agent is the speed of the contagion and how contagious it is. We had to short-circuit that and start testing pretty much everywhere we could at the time … laboratory testing is a supply-and-demand industry. The demand (for tests) quickly outstripped the supply.”

Diagnostics is a heavily regulated industry, Velazquez adds, so only a limited number of companies are certified to manufacture such tests. Those same companies are seeing issues in their supply chains, such as finding labor to accommodate the increased manufacturing demand, while enacting distancing guidelines and safety measures needed to protect employees within the facilities.

“It’s been more of a domino (effect) than anything else,” he says.

The state has been promised 1 million testing kits by the federal government, Inslee said during a press briefing in late April.

There’s also strong competition for testing supplies from other regions in the country, he adds.

A handful of health care institutions have built connections and sourced from two or three vendors at a time to ensure a sufficient supply of tests. However, not every organization can do that, as it quickly becomes costly, and not every facility has the space to store a large quantity of tests.

MultiCare Health System currently has a capacity of about 280 PCR tests a day in the Spokane area, which is based on the number of kits available. The medical care provider also began offering antibody testing here on May 1, says Dr. Scott Meehan, a Tacoma-based pulmonary and critical care physician. The organization has a capacity of about 600 antibody tests a day throughout its system.

Meehan also is heading a convalescent plasma treatment trial for COVID-19, which involves drawing plasma out of those who have recovered from the coronavirus and injects a patient currently suffering from the virus. Thus far, patients treated with plasma have shown promising improvements, Meehan says.

MultiCare also is involved in a clinical trial exploring the drug remdesivir as a treatment for coronavirus. On May 1, the U.S. Food and Drug Administration gave remdesivir emergency approval for use in treating those hospitalized for COVID-19.

Representatives of both MultiCare and Providence say there are challenges associated with the nasal swab tests.

The swab must be inserted deep within the nasal passage, says Bill Remillard, regional lab director for Providence Health Care.

“Swabs are very prone to difference in the way that sample may be collected,” he says. “It’s very uncomfortable. The swab has to go beyond your nasal to where the throat starts.”

If the one performing the test isn’t vigorous enough, there’s a chance the sample will be too small, Meehan adds.

Currently, MultiCare’s tests range between 75% and 85% in accuracy, says Meehan.

He adds an unclear virus incubation period also complicates testing. The accepted incubation period is between two and 14 days, he says. Once a person begins showing symptoms of the virus, they could test positive, but on average, a person is more likely receive accurate results at least six days after exposure, he contends.

Remillard says the tests used at Providence, which are evaluated by sensitivity and specificity, are considered “very sensitive and specific,” although he didn’t provide statistics.

The average for test accuracy is usually in the high 90 percentile range, adds Velazquez.

Both Remillard and Meehan assert their respective health care systems are well-prepared to handle another surge in coronavirus patients should it occur.

In Eastern Washington, a number of providers are offering testing at clinics and at the Spokane County Fairgrounds, which is now being run by the Washington National Guard.

Lutz says it’s hard to pin down exactly how many people need to be tested a day to get a better feel for how widespread the virus is but gave a rough ballpark of 900 tests a day.

Theoretically, such testing would show who has had COVID-19 even if they didn’t have symptoms.

While the antibody test is the next logical diagnostic step, Velazquez says, not enough is known about the virus and whether someone who has antibodies is immune to it and if so, for how long.

The FDA is currently evaluating well over 100 different antibody tests, but as of May 4, only eight had been approved for use.

Lutz cautions individuals and business leaders against jumping on the first antibody test to come out and considering it a “game-changer.”

“We’ve asked people to be patient,” he says. “We’re looking at how best to utilize these tests. Believe me, that information will be out there, but right now … it’s the Wild, Wild West of antibody testing out there, buyer beware.”

Remillard says Providence has narrowed down its options to four different antibody tests and currently is performing validations. He adds the organization anticipates offering the tests soon but didn’t provide a more concrete timeline.

The next step would be contact tracing, in which anyone who has come into contact with someone who has tested positive for coronavirus would be monitored and likely urged to self-isolate until cleared to prevent the spread of the virus, says Lutz.