Apartments designed with roommates in mind 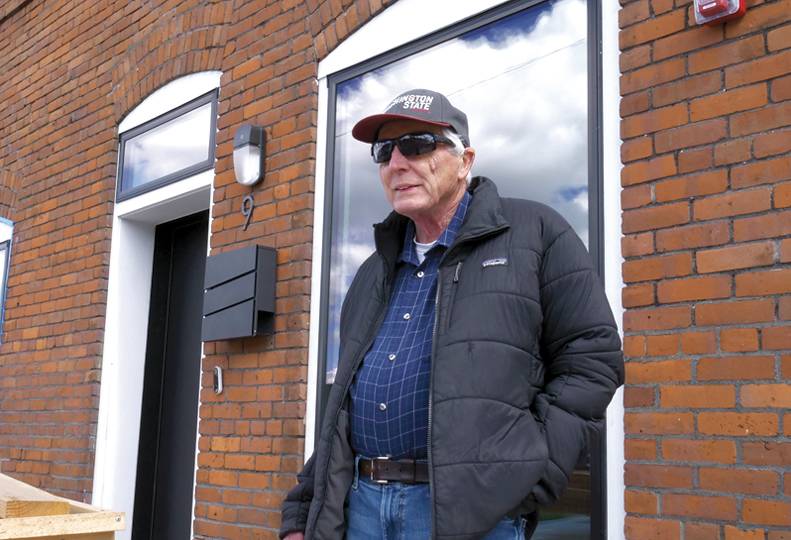 As new apartment complexes are rising throughout the Spokane area, some of the latest design trends include reducing the number of three-bedroom units in favor of co-living arrangements, increasing access to nature and communal spaces, and addressing storage needs, some architects here say.

Spokane-based Haines Architectural Services owner Jim Haines is involved in the design of Sherman Flats, a remodel of a 6,400-square-foot commercial building into apartments consisting of eight one-bedroom units and one two-bedroom unit, at 131 S. Sherman, in Spokane’s University District.

Haines says one reason three-bedroom apartments are on the decline is that those units have been challenging to rent out consistently.

Rex Anderson, principal at Spokane-based Fusion Architecture PLLC, concurs, and says some of his firm’s projects in the last five years have instead shifted to apartment designs aimed for tenants with roommates.

“The developers we work with have keyed in on a market sweet spot being a two-bedroom, two-bathroom apartment type that sets up well for a co-living scenario, so that each tenant has their own bedroom and bathroom, and they share common areas of the apartment,” Anderson says.

Russell Page, owner of Russell C. Page Architects PS, in Spokane Valley, currently is providing design services for Desmet Quarry 1 and 2, which are 10-building and six-building apartment complexes at 16609 and 17010 E. Desmet Court, in Spokane Valley.

Michael Kiehn, an architectural draftsman at Russell C. Page Architects, says, “When we first started doing this, it was about 25% one bedroom, 50% two bedroom, and 25% three bedroom, and it’s more one and two bedrooms lately. That’s where the money’s at.”

Kiehn explains the main difference between a studio and a one-bedroom unit is a bedroom wall and door, which he estimates adds a few hundred dollars to the price of constructing a studio but also earns about $200 more in monthly rent.

Kiehn says another trend in apartment design is to incorporate outdoor areas and community spaces in apartment properties.

“With some younger people, they like to be in a little community area where they have a place to go and everyone else is going to be there and just hang out,” he says. “They seem to be more communal to me.”

He adds that some of the larger apartment developments are including trails with benches.

“They’re starting to do some cool outdoor stuff like a total outdoor kitchen and fireplaces outside,” he says.

Page adds, “Some of these are also providing little garden areas too.”

Anderson says, “When you have those denser communities, you’re compacting the development area so you can use those outdoor areas. Then what you can do is create pathways to connect with nature, like the Centennial Trail.”

Page says storage has become another important trend for designers to consider.

The Desmet Quarry complexes will have garages on site that also provide additional storage space for tenants, he says.

Anderson explains that desire for storage amenities is common among an older demographic of tenants.

“They’ve accumulated a lot of stuff by a certain time in their life, and having more access to storage so they can keep their things but live in a smaller dwelling is very comforting for them,” Anderson says. “So, a lot of times, you’ll see an apartment building go up next to storage (facilities), which is a very important feature.”

“It’s things like having outlets with USB ports or incorporating an Alexa thermostat. It’s the small things that can connect to your phone via Bluetooth, whether it’s just entry to the unit itself or the controls for the unit,” Anderson says. “Those are the easy things to tick off to make tenants feel like this is a state-of-the-art place to live.”

Electric vehicle charging accessibility is another way to incorporate technology, Anderson says. “With gas prices the way they are and evolving technology with the Tesla craze … people are looking to incorporate those things to keep those day-to-day expenses as low as possible.”

Page says another emerging trend is the elimination of community laundry rooms at larger apartment complexes, as more developers have instead opted to place washers and dryers in each unit.

Page adds there likely will be more package delivery areas for residents as well.

“With 400 units, you’ve got to have room for that, so you’ll see rooms with lockers down the sides for those deliveries,” Page says.

Both Page and Haines say their apartment designs haven’t prioritized incorporating much technology within apartment units. They suggest that those features may be more important for tenants in higher-end units but less so in affordable to mid-range units.

Haines says, “Right now, there is such a demand for housing, they can build whatever they want without any amenities and still rent them, and a number of years ago, that wasn’t the case.”