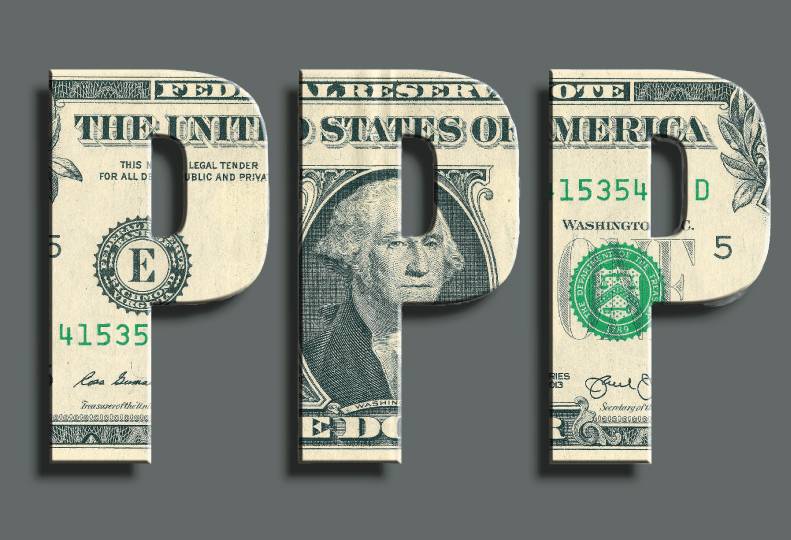 The U.S. Small Business Administration declines to disclose the total loan volume received by Spokane-area organizations, but based on the ranges provided, in theory, it could be as much as $1.2 billion secured between April 3 and June 30.

The SBA is continuing to lend through the program until August 8, so the final tally is likely months away.

Those 6,473 Spokane County employers are now beginning to turn their attention toward achieving forgiveness of their PPP loans, but some experts here say that process will prove challenging for many borrowers, as well as for lenders, who say they can’t begin processing PPP loan forgiveness applications until the SBA provides a way to do so.

On July 6, the SBA released a trove of data on PPP loans. The data includes how many jobs were retained due to PPP funds, the city and zip code in which the business is located, the business type, the lender, date approved, and some voluntarily provided information on the race, gender, and veteran status of the owner.

Organizations that received less than $150,000 are not identified by name, but the exact amount of their PPP loan is provided in the data. A total of about $206 million went to more than 5,400 employers that requested loans of $150,000 or less.

“Even though the forgiveness period has been extended from eight weeks to 24 weeks for the use of the funds, people are still navigating exactly how the loan forgiveness fits with their particular business,” Burke says.

Under the PPP Flexibility Act, which was signed into law on June 5, the loan forgiveness application deadline was extended from eight weeks after loan disbursement to the earlier of two dates: either 24 weeks after the loan is disbursed, or Dec. 31, 2020. Spokane County borrowers who received PPP loan approval on April 3--the day the program originally opened--have until Sept. 18 to apply for loan forgiveness.

“The SBA still has not released the (forgiveness) application portals or systems that are going to be necessary for a lender to use to even submit the application,” Horton says. “Even if a bank wanted to, they’re unable to process a forgiveness application at this time.”

By law, once a forgiveness application is submitted to a lender, the lender has up to 60 days to process and submit the application to SBA for approval.

“Nobody wants that clock to start ticking when the rules and the portals aren’t even available,” Horton says. “That’s the predicament we’re in right now.”

Horton says she’s one of many bankers hoping to see Congress act to make the loan forgiveness process easier for both banks and borrowers. Senate Bill 4117, which is currently in committee, would approve forgiveness automatically for any PPP loan under $150,000. About 80% of PPP loans made through Wheatland Bank were for less than $150,000, she adds.

As of July 13, about $130 billion in PPP loan capacity remained available. The program had expired on June 30 but was resurrected on July 4 when President Donald Trump reopened the program and extended the loan application deadline to Aug. 8. The program resumed accepting applications on Monday, July 6.

However, Horton says demand for the program has slowed drastically.

Everyone who was going to use PPP money has already done so, she asserts. But she adds that many businesses that received a PPP loan have discovered it wasn’t enough.

“There are existing businesses that could benefit from a second round,” Horton says. “There are industries that still need a longer lifeline.”

Such industries, Horton says, include restaurants and hotels.

Before SBA can think about a second round of PPP funding, however, the organization is taking a closer look at the data it released last week. Based on that data, at least 44,000 jobs were retained in Spokane County, but the actual number of jobs saved is likely much higher.

Many of the companies that accepted PPP loans are listed as having retained zero jobs through use of their PPP loan, though their lenders say that’s not true.

SBA regional administrator Jeremy Field says the federal agency currently is trying to get to the bottom of the issue.

“Part of it might have been data that wasn’t collected,” Field says. “But now we’re looking at data and seeing that there’s some scrubbing that needs to be done for this to be really helpful for people to see how effective the program was.”

Jack Heath, president of Spokane-based Washington Trust Bank, released a statement last week that claims the problem lies with how SBA’s system collected and reported the data. The system asked applicants for the number of employees at the applicant’s organization, giving three categories: existing, created, or retained.

“With no guidance from the SBA on which was the correct field, Washington Trust Bank -- like many other financial institutions -- determined ‘existing’ was most logical. The remaining fields were left blank,” Heath says.

This led to inaccurate reporting of jobs saved through the PPP loan, he says.

It’s worth noting, Heath says, that the system SBA is using for the PPP program wasn’t built to administer the program, nor was it originally meant to collect the data SBA is reporting.

The two Spokane-area companies that reported the most jobs retained through the PPP are both fast food franchisees. Wenspoke Resources LLC and 3MR Restaurants Inc. both reported the loans had enabled the companies to retain 500 employees. According to the state department of revenue, Wenspoke is the Spokane-based franchisee for Wendy’s restaurants throughout the Inland Northwest. 3MR Restaurants Inc. does business as McDonald’s and owns 18 McDonald’s franchise restaurants in the Spokane-Coeur d’Alene area.