Portion of downtown block to be reconditioned 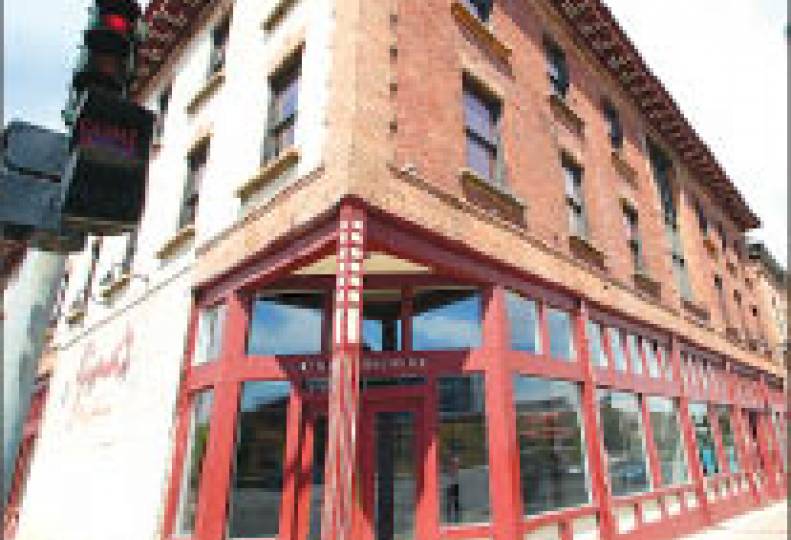 -—Staff photo by Chey Scott
The Alger-Bristol Hotel building, pictured, is one of a handful of properties bought recently by investors.

Meantime, AmericanWest Bank has divided into two lots a connecting parcel in the middle of the same block to prepare them for sale.

Batten, owner of RenCorp Realty LLC, of Spokane, says the recent purchases by the Brett-led concerns include the 27,000-square-foot Alger-Bristol Hotel building, located at the northwest corner of Sprague Avenue and Browne Street, and the parking lots on the north and west sides of that building. The transactions also include the 12,750-square-foot Hale Block building, at 227 W. Riverside, and the 4,400-square-foot Bear Frame & Axle Garage, at 232 W. Sprague, just west of the center of the block, he says.

Collectively, the properties occupy most of the east half of the block bordered by Sprague and Riverside avenues and Browne and Bernard streets, he says.

The terms of the transactions weren't disclosed, but the Spokane County Assessor's Office has recorded a combined sales price of $1.4 million for the properties.

The two investment concerns are Alger Bristol & Lot 82 LLC and Bear & Hale LLC, both of which are led by Brett, managing partner of the Spokane Indians Baseball Club and the Spokane Chiefs hockey team.

The ownership group bought the buildings and parking area from Cathay Bank, of El Monte, Calif., which took over the properties this year and last year in lieu of foreclosure from longtime Spokane-based developer Rob Brewster Jr.

Commercial real estate agents Jon Jeffreys and Mark McLees, both with NAI Black, of Spokane, handled the transaction with Batten.

The ownership group plans to upgrade the Havermale buildings, including reconstructing their facades, Batten says. The upgrades would be mostly cosmetic because the buildings, which Brewster had remodeled within the last decade, are structurally sound, he says.

At one time, Brewster had proposed to develop a $40 million, 32-story mixed-use project to be called the Vox Tower in the current parking lot area. The tower was envisioned to include 21,000 square feet of ground-floor retail space, four stories of parking, 275 apartment units on 23 floors, and 12 luxury condominiums on the top floors.

Currently, the Inland Northwest office of Lutheran Social Services occupies about 21,000 square feet of space in the Alger-Bristol building, and All About Fitness, a personal training company occupies 2,500 square feet of space there. Lutheran Social Services extended its lease concurrent with the sales transaction, Batten says.

"We've signed a 10-year lease that gives us great stability in the area," says Dennis McGaughy, executive director of Lutheran Social Services' office here. "It's a great location for a social-service agency."

The agency employs 74 people at its Spokane office, and it's considering expanding here, McGaughy says.

"There currently is some space available on the ground floor, and we're looking into and seeking funding assistance to expand some services concerning the veteran population," he says.

The properties sandwich the four-story, 39,000-square-foot Mearow Block structure, at 228 W. Sprague, which is owned by AmericanWest Bank. The Mearow Block actually is two connected buildings, each with independent utilities, with one building facing Sprague and the other facing Riverside.

Tracy Carrigan, special assets portfolio specialist at AmericanWest Bank, says the bank recently divided the Mearow Block property into two lots so potential buyers would have the option of acquiring one or both of the buildings.

"Both buildings are pretty much just shells," Carrigan says. "They need some work."

James S. Black III, of NAI Black, is the listing agent for the Mearow Block.

The Alger-Bristol, Bear Frame & Axle, Hale Block, and Mearow Block, structures all are listed on the National Register of Historic Places and the Spokane historical register.