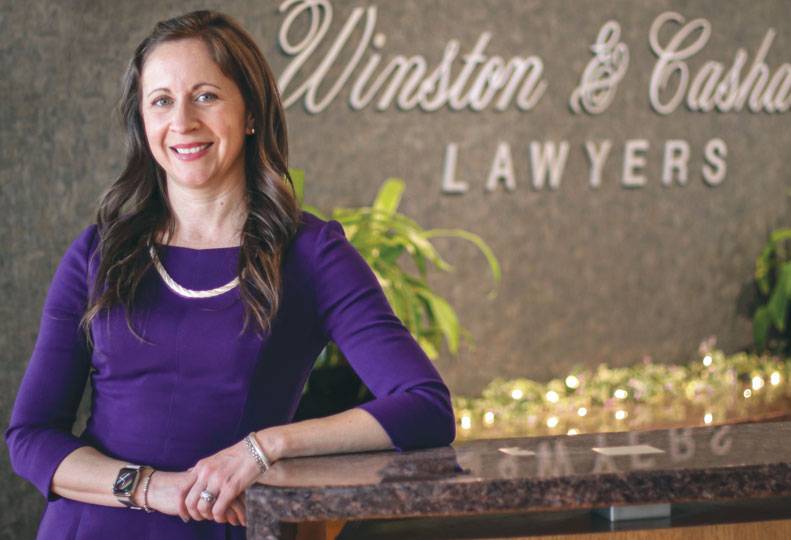 As pandemic-related restrictions throughout Washington begin to lift, some attorneys here say commercial real estate attorneys could soon face a rise in disputes, including litigation related to force majeure clauses.

“A lot of landlords have offered rent forbearances or rent reductions to help curtail some of the immediate effect of not being able to be open for business,” Tellessen says.

However, Tellessen says that as some landlords cease offering relief options, commercial tenants could create an increase in force majeure cases.

Force majeure clauses free the contracting parties in a contract from some or all obligations or liability in the event of an unforeseen circumstance that makes it physically or economically impossible for the terms of the contract to be carried out. Force majeure, French for “superior force,” typically includes natural disasters, such as hurricanes or earthquakes, or human actions like war or labor strikes. Many companies have been attempting to argue that the COVID-19 pandemic qualifies as a force majeure.

Tellessen says she hasn’t seen many force majeure issues come across her desk. However, some of her partners at Winston & Cashatt have seen an increase in such disputes but haven’t yet seen many resolutions.

Most force majeure disputes in commercial real estate likely will relate to nonpayment of rent due to being shut down by state mandate, says Tellessen.

Some tenants might argue that such mandated shutdowns excuse them from full performance of their lease agreements.

She says that the effects of the COVID-19 pandemic are likely to bring force majeure clauses into the forefront of commercial contract law.

“I think many drafters (of contracts) have lost sight of that force majeure clause because it has been ineffective in really accomplishing anything,” Tellessen says.

Prior to the pandemic, most contract law attorneys didn’t spend much time considering the wording of a force majeure clause or specific circumstances to protect against, she says.

Alex Wilson, junior associate at Feltman Ewing PS, says that in theory, the pandemic’s effects could have caused more initial disputes between commercial landlords and tenants. Instead, however, Wilson says that many landlords have chosen to extend gestures of goodwill, such as extensions on rent or accepting partial payments.

“Essentially, the commercial landlords are sharing the tenants’ losses in order to help keep them afloat so that they will one day hopefully be able to continue paying rent,” Wilson says.

The pandemic could have caused friction between commercial landlords and tenants, Wilson says, but instead many found ways to cooperate.

Tellessen says that as commerce picks up, however, some commercial landlords will cease offering help such as rent reductions, which could cause problems for some tenants. As rent which was deferred through forbearances comes due in one larger sum or decreased rent agreements end, Tellessen says some businesses will find they can’t support the financial hit.

“As landlords start to move away from those concessions, tenants who were taking and enjoying the benefits of those may not be able to come back into compliance with their lease requirements,” Tellessen says. “There might be some lawsuits that relate to those sorts of breaches.”

“At that point, the landlord has to make a decision on whether or not they want to evict the tenant,” Tellessen says.

Wilson says that’s a consequence most commercial landlords have been trying to avoid.

“The pandemic has had such a tremendous negative impact on the demand for commercial real estate that owners believe it is better to give their current tenant with a good pre-COVID payment history a long-term break than it is to evict them and hope someone new comes along,” he says.

“Evicting a tenant is a process, and the landlord must still incur the cost of finding a new tenant and possibly even more costs to modify the space to accommodate the new tenant,” Wilson says.

Some evicted commercial tenants won’t have the means to fight an eviction, Tellessen says. Others may be able to dispute an eviction through a force majeure clause.

“I think the question that’s in my mind and in a lot of property owners’ minds is, what’s the commercial vacancy going to be once businesses have decided whether or not they’re going to keep their employees at home or bring them back to the office?”

The timing of those conversations and decisions will depend on how quickly the workforce gets vaccinated and can safely return to an office setting, Tellessen says.

The office vacancy rate in the wake of the pandemic is anyone’s guess at present, she says.

“I don’t know that I have a forecast or an expectation,” she says. “It’ll be interesting to see what shapes up when businesses and employers start making those decisions on whether to bring their people back or not.”

As of October 2020, the vacancy rate for office and retail space downtown was 15%, up from 14% a year earlier, according to the latest issue of The Real Estate Report published by the Spokane-Kootenai Real Estate Research Committee.