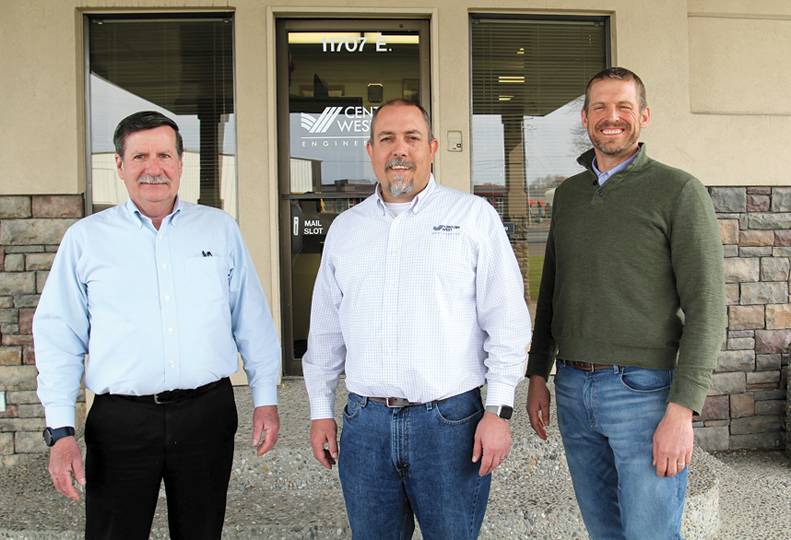 Century West Engineering Corp. has been seeing steady growth in the Pacific Northwest in recent years, providing small municipalities and airports with its technical services as well assisting in obtaining public funding for their projects, says Steve Nelson, project manager for the company.

“It’s a lot of fun, actually,” says Nelson. “A lot of times, these communities will have between one and four employees to serve the whole community.”

In addition to serving as the on-call engineer, Nelson says the company also helps those small communities pursue public funding to help fix or improve the roads and other plumbing problems that arise.

The company is usually working on 30 to 40 projects at a time ranging in value from $30,000 to $6 million. Depending on the number of projects the company has, its staff consists of 12 to 15 employees, says Nelson.

Founded in 1979, Century West is headquartered in Portland, Oregon, and has a total of eight offices in Washington, Idaho, and Oregon. Companywide, about half of its work consists of municipal water, sewer, and road work and the other half is focused on the infrastructure projects at small airports.

Century West is projected to make $17 million in revenue this year, says Nelson. Over the last three to four years, Nelson says Century West has seen a steady growth in annual revenue between 20% and 30%. He adds that the company doesn’t restrict work to each location and work is often shared by multiple offices.

“That’s the beauty of working across offices. It helps maintain a diversity of experience and insights and helps us leverage the people we’ve got,” he says.

Nelson says the company is growing, and the biggest challenge for them has been finding enough people to do the work. Over the last five years, Century West has seen its workforce grow from 60 employees to 80 employees. He says work hasn’t stopped during COVID, but, in fact, has only become busier as people were staying home.

“Civil engineering is tied to population growth,” he says. “When you have more people, you’re going to have more demand.”

This population growth can even be seen in these rural communities, says Nelson. The city of Spangle, about 20 miles south of Spokane via U.S. 195, has only 135 residential units, however a development is in the works to build 190 residential units—which could more than double the population of the entire town.

Nelson explains that under the state’s Growth Management Act, there is an area within Spangle in which such residential development is allowed.

“Spokane is filling up these areas. Developers are looking for places nearby, and Spangle is one of them,” says Nelson, adding that he is seeing the same trend in the town of Reardan, in Lincoln County, about 22 miles west of Spokane via U.S. 2.

In other work, Nelson says he began receiving calls in 2017 from municipal clients complaining about potholes caused by frost heaves—the upward swelling of soil under roadways during freezing and thawing conditions that can damage pavement.

Nelson, who is experienced in collaborating with state and federal disaster-relief agencies, worked with the Washington state Emergency Management Division to determine how many communities had been impacted by repeated thaw-freeze cycles.

Century West, in collaboration with its municipal clients and the state, then was able to put together the documentation needed to request a federal disaster declaration, which then opened the door for disaster-relief funding.

“This is a community of 1,000 people who wouldn’t be able to fix a third of their streets without this funding,” says Nelson, of Odessa, Washington, one of the communities that received funding after the federal disaster declaration.

“That was a real cool project,” he adds.

This year, the company is looking forward to a multi-year, nearly $30 million water system project with the city of Airway Heights.

Nelson says that Airway Heights has been having issues with fire retardant chemicals contaminating the ground water. Currently, the company is going through the environment review process as it looks to develop an alternative water source.