Childcare help is coming, but will it be enough?

Even so, providers say staffing shortages make availability elusive as ever 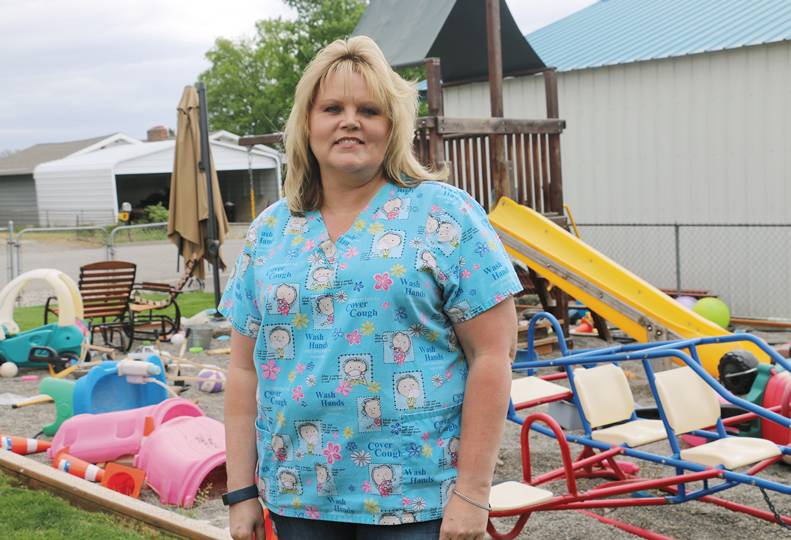 A scarcity of child care options that worsened in 2020 has led to legislation that ultimately could increase the number of working women, child care providers here and industry organizations say.

However, child care providers say they’re facing staffing shortages just as demand from working parents is increasing exponentially as many in-person workplaces reopen after a year of remote work or unemployment.

“Parents are desperately looking for child care,” Thurber says. “I’m not able to help them, because my center is already full.”

Thurber says she’s kept All Children of the World open throughout the pandemic, partly because many of her clients are essential workers. Last spring, she requested and received a waiver from the state that allowed her to increase capacity from 12 children to 15. That meant Thurber had to hire an additional staff member, bringing the total to three.

Thurber says she’s glad she could help parents by increasing the number of children the facility could accept, but it’s taking a toll on the bottom line. The payments the facility receives for the three extra children don’t cover the costs of retaining an additional staff member, Thurber says.

“I’m going in the hole, financially,” she says, adding that it takes at least four full-time enrolled children to pay expenses of hiring one employee.

Ryan Pricco, director of policy and advocacy at industry organization Child Care Aware of Washington, says some relief is on the way through the Fair Start for Kids Act, which Gov. Jay Inslee signed into law May 7. The law, which goes into effect July 1, makes changes to the Washington state child care assistance program, which is called Working Connections Child Care.

Currently, to qualify for Working Connections, parents’ or guardians’ household income must be at or below 200% of the federal poverty level.

“It’s been a fixed number for decades,” Pricco says. “It only captured (lowest-income) workers in our economy, and only people at the very end—closer to 100% of the federal poverty level—received enough support that it made economic sense for them to utilize it.”

Under the new law, any family with income of up to 60% of the state median income will qualify for Working Connections Child Care.

“For those families, the most that they’ll pay for child care is $115 a month (per child),” Pricco says. “It’s a completely new day for those workers.”

For child care providers, increased subsidy rates and new access to health care benefits could help to solve an employee shortage that worsened with the onset of the COVID-19 pandemic.

Beginning July 1, child care subsidy base rates must be at least 80% of market rate for licensed or certified child care providers. Working Connections families will pay up to $115 of the new rates, with any remaining gap between that and the full rate covered by subsidies that will go directly to child care providers.

The legislation requires that the state and a representative for family child care providers enter into bargaining over the implementation of the subsidy rate increase, which has yet to be resolved.

The Fair Start for Kids Act also directs the Washington state Department of Children, Youth, and Families to consider adjusting rates to reflect cost of living by measures such as area median income, cost of living by ZIP code, and grouping by categories, such as rural, suburban, or urban.

Luc Jasmin III, owner of Parkview Early Learning Center, on North Division Street, says the low wages of child care have led some workers to leave the industry for other fields — such as fast food — during the pandemic.

“We’re losing them to entry-level jobs that pay more and have way less stress,” Jasmin says. “You have to really love your community to be able to do this job.”

The legislation also expands coverage by the Washington Health Benefit Exchange to include child care workers.

A lack of health care benefits is one explanation for why so many who have left the child care industry over the past year haven’t returned, Jasmin claims.

“Before the pandemic, the majority of the workforce didn’t have access to health care,” Jasmin says. “Now we have a situation where a lot of them can get it and have zero premiums.”

Pricco says he’s hopeful the Fair Start for Kids Act will boost employee retention rates for the child care industry. He claims the current annual turnover rate for a lead teacher in Washington is 40%. Lead teachers work with child care facility directors or assistant directors to create programming such as educational art activities.

Pricco says that since May 2020, Washington’s child care industry lost about 20% of its workers to other industries, likely permanently. However, child care facilities that closed during the pandemic have begun to reopen, he says.

“The number of our programs that have closed has now dropped below 10%,” Pricco says. “That’s a reflection of the fact that these are small businesses that have gone through their savings, and whatever profit margins they had through this pandemic.”

Nicole Sohn, owner of Journey Discovery Center, in Spokane, says it’s unclear how many child care facilities have closed as a result of the pandemic because the Department of Children, Youth, and Families only registers a facility as permanently closed if it receives notification that the facility’s owner is permanently suspending a child care license.

“What we’ve heard anecdotally is that people don’t even know that’s a step they need to take, and that’s not what they’re thinking about when they’re closing down their business,” she says.

Until young children can receive vaccines against COVID-19, providers will continue using safety protocols, which could affect hiring rates, he says.

“There’s still this urgency to keep class sizes small, keep social distancing in place, do whatever you can to keep it safe,” he says. “That means you serve fewer kids, which means you can afford fewer (employees).”

For many families, copays have been so high that it hasn’t made economic sense to take advantage of the state assistance program, Pricco says.

“We’re talking about women who are highly educated and highly motivated who, once they have kids, the economic situation of child care forces them out of the workforce,” Pricco says.

In the text of the legislation, lawmakers acknowledge that the problem of women leaving the workforce in Washington state was exacerbated by the COVID-19 pandemic: “In September 2020 alone, 78,000 men left the workforce, compared to 600,000 women.”

Sohn says many women left the workforce to care for children at home.

“There weren’t enough child care openings before COVID, and now, with reduced capacity and with child care closures, we’re hearing the desperation in the voices of women who are calling five or 10 programs in a day and finding waitlists at all of them,” Sohn says. “We are hearing those calls and seeing the evidence that women are looking to find their place in our community’s workforce, but to do that, they have to be able to access child care.”

Sohn says that while the Fair Start for Kids Act includes some good actions, she worries that the movement to provide better child care will fizzle out.

“I worry that because this is such a big investment, that either lawmakers or other community decision-makers will think that the problem is solved,” Sohn says. “But we still need to focus in on early learning employee workforce compensation and some other really big pieces that drive up the costs for families and for the programs.”