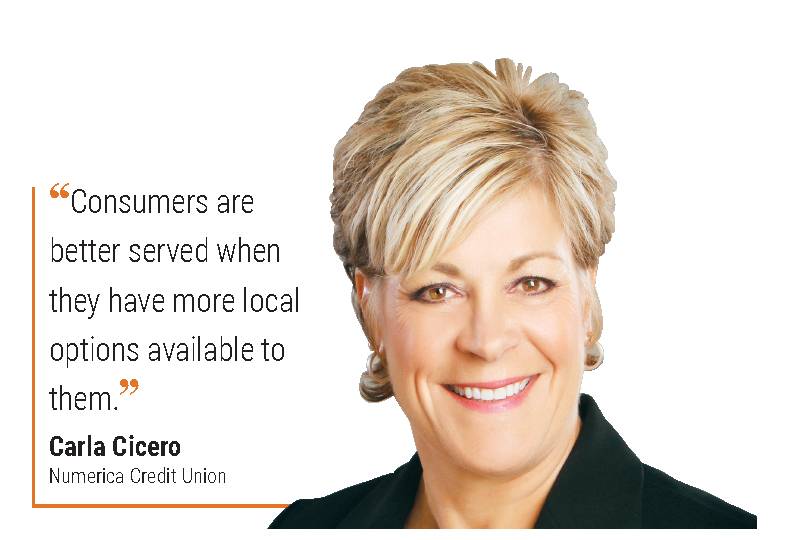 Founded in 1934, it took Spokane Teachers Credit Union until 2008 to secure $1 billion in assets under management. By 2014, STCU topped $2 billion in assets. Then, earlier this year, the Liberty Lake-based credit union topped the $3 billion mark.

According to STCU communications manager Dan Hansen, at an annual growth rate of 10%, STCU would top $5 billion in 2024.

Such growth isn’t unique to STCU. It’s part of a nationwide trend that continues to show credit union growth outstripping that of banks.

Navy Federal Credit Union, the largest credit union in the U.S., increased its total assets 75% to $106 billion over the course of the last five years. Excluding Navy Federal’s rapid growth, credit unions across the U.S. reported growth in total assets of nearly 36% since mid-2014, according to New York-based S&P Global Inc. During the same time period, banks have grown a little more than 20%, show data from S&P Global, which provides financial analysis and news to commercial banks, institutional investors, commercial and investment banks, investment advisers, and wealth managers.

Overall, U.S. banks still have considerably more assets under management than credit unions. As of June, the National Credit Union Association reported the 5,308 credit unions in the U.S. had an average of $286 million in managed assets. Meanwhile, the Federal Deposit Insurance Corporation reported the country’s 4,605 banks had an average of $3.5 billion in assets under management.

Washington Trust Bank is the largest Spokane-based bank with $6.5 billion in assets, making it the 195th largest financial institution in the country. STCU, at $3.2 billion assets under management, is 374th on the FDIC’s and NCUA’s most recent quarterly reports.

In October, the Independent Community Bankers of America started its “Wake Up” campaign calling into question credit unions’ nonprofit status.

In 1998, Congress passed the Credit Union Membership Act, which overturned a prior court ruling that said credit unions could only accept members with a common bond, which most frequently was based on occupation and industry.

“We can’t sell stock in order to raise capital the way banks do,” Cicero says. “Our capital is created through earnings, and our ratios need to stay up in order to satisfy regulators.”

Cicero contends it’s vital for all communities to have a healthy mix of both credit unions and community banks.

“Consumers are better served when they have more local options available to them,” Cicero says.

Another trend emerging in the industry is that of credit unions acquiring assets from banks.

Ezra Eckhardt, STCU’s president and CEO, says federal regulators informed him at the time of the acquisition that STCU’s purchase marked only the seventh time in the state of Washington that a credit union had purchased assets from a bank.

Though the branch was in North Idaho, it was considered a Washington acquisition as Banner is based in Walla Walla, Eckhardt says.

“The first time was when we acquired the Wheatland Bank branch in Cheney in 2003,” Eckhardt says of a credit union purchasing a bank’s assets.

Eckhardt says regulators told him there are at least seven other credit unions in the western U.S. that have filed applications to acquire assets from banks this year.

“Those aren’t necessarily individual branches ... it could be anything from some assets at a particular location to the entire bank,” he says.

As for STCU, the credit union passed the state’s second largest credit union – Olympia-based Washington State Employees Credit Union – in total assets managed at the end of 2018. However, STCU’s No. 2 ranking was short lived as Seattle’ Inspirus Credit Union and Richland’s Gesa Credit Union merged on Aug. 1 knocking STCU back to the third slot, according to the NCUA figures.

STCU expects to reach $3.3 billion in assets by the end of the year with its more than 200,000 members, Hansen says.