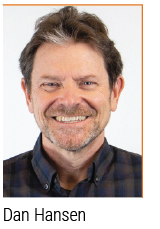 An informational effort reaching Pacific Northwest states this month looks to deepen the relationship between credit unions and the communities they serve.

Nationwide, credit unions have 121 million members, representing 40 percent of the “economically active” population, according to the Credit Union National Association. As member-driven cooperatives, they get high marks from consumers, with various surveys showing consumer trust on par with community banks.

“Credit unions are among the highest-rated services we’ve ever evaluated,” Consumer Reports magazine reported in 2018.

“People know about credit unions, they like credit unions, and a lot of them belong to credit unions,” says Debie Keesee, longtime president and CEO of Spokane Media Federal Credit Union. “But they still have some misperceptions that we’re nice and small, but maybe unsophisticated. They think, ‘I won’t be able to get my money when I want it,’ or ‘I can’t get the products and services I need.’”

Called “Open Your Eyes,” the consumer awareness campaign launched Jan. 6 by Northwest credit unions aims to help consumers better understand the benefits of membership. Among other messages, the campaign explains that members have many options for conducting transactions, even if they travel or move out of the region.

Spokane Media credit union is among Washington’s smallest with just four employees and one branch location. Yet, her members live in several states, accessing their accounts via online banking, surcharge-free ATMS, and by visiting other credit unions.

Troy Stang, president and CEO of the Northwest Credit Union Association, says the options presented by credit unions are particularly important in an evolving gig economy, and in rural communities and urban neighborhoods that Wall Street sometimes overlooks.

Traditionally, credit union membership grew through “word of mouth and members informing their family members and friends,” Stang says. Increasingly, credit unions are working together to assist with that process. The Open Your Eyes initiative is one example.

“If we can educate the consumer, they’re more likely to consider a credit union,” he says. “That benefits that new member, but it also benefits the existing membership, and it benefits the entire community.”

Decades after it started offering home loans, Spokane Teachers Credit Union last year launched a real estate awareness campaign, employing 31 billboards, 6,200 radio commercials, and print and digital ads on a number of platforms. The results: 1,958 home loans funded in 2019, compared with 994 the previous year, and a 137% increase in the total value of those loans.

“Even some of our members were unaware that STCU could fund their home,” says STCU President and CEO Ezra Eckhardt.

A similar effort is underway to draw attention to STCU’s business and commercial services division. Meanwhile, STCU and other credit unions are correcting the outdated notion that only certain groups can join a credit union. While some still have limited fields of membership, most are now open to entire communities.

“Especially in the state of Washington, credit unions are available to everyone,” says Eckhardt, whose credit union offers membership to those who live, work, worship or attend school in Washington or North Idaho.

Keesee’s credit union serves current and former employees of Inland Empire Paper Company and local media outlets, and their families. Her members live in several states, accessing their accounts online, through a national network of ATMs, and even at other credit unions.

“Do not let our small size fool you – we have all the products and services of the big guys,” says the Spokane Media Federal Credit Union website.

In an era when many consumers are rebelling against big organizations, being small can be a competitive advantage. But then, “big” is a relative term.

At $1.56 trillion, all U.S. credit unions combined are smaller than any one of the nation’s four largest banks – JPMorgan Chase, Bank of America, Citigroup or Wells Fargo.

Despite those figures, credit unions are growing, both organically and through consolidations designed to help them meet member’s expectations for products and services like the latest mobile app features.

The diversity of those expectations was illustrated on a recent Wednesday afternoon, when four people became STCU members within the span of two hours. At the Valley Branch, a man opened a business checking account. At the North Spokane Branch, an Elk woman received a rewards credit card. At the South Valley Branch, a student opened checking and savings accounts she’ll be able to access while attending college out-of-state.

Meanwhile, at a Tri-Cities auto dealership, a Walla Walla man completed the online application for an STCU loan.

One of those four was STCU’s 200,000th member – a milestone achieved eight years after the credit union hit 100,000 members and 85 years after it was founded by schoolteachers.

Depression-era members were limited to $300 in their savings accounts; thrift was promoted by limiting loans to a month’s salary. Making transactions in summer meant showing up at Lewis and Clark High School between 9:30 and 11 a.m. on Thursdays.

“There’s real value in that history,” says Eckhart, noting that the credit union is still a big supporter of education, including free financial education that in 2019 reached more 13,000 students and adults. “Today, our members expect a lot more than savings accounts and loans.”

Dan Hansen is the media and communications manager at Liberty Lake-based STCU.