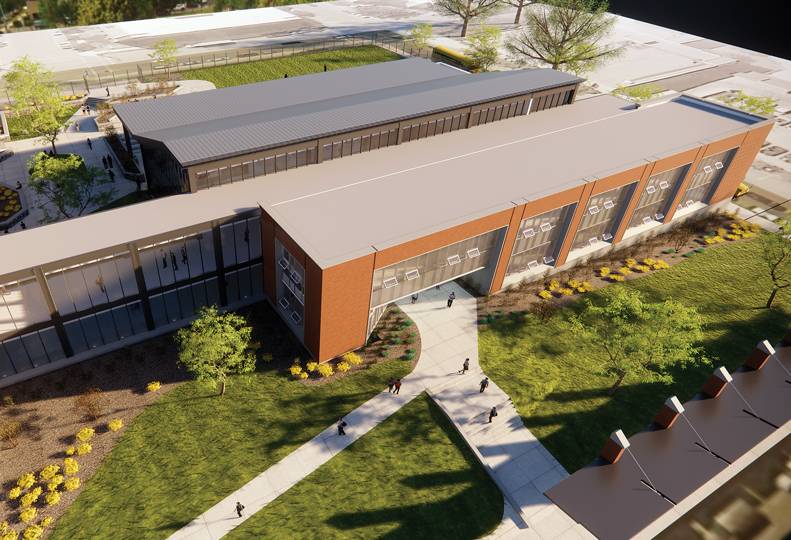 Spokane Public Schools, for which voters passed a $495 million construction bond in November, has about $164 million in construction projects in the works this year.

Construction is underway on the $28 million Linwood Elementary School replacement project at 906 W. Weile, says Greg Forsyth, director of capital projects and planning for the district.

The project will include classrooms, a new gym, a multipurpose room, a stage, a library, and a community room, Forsyth says.

Once the project is completed and classes have moved to the new building, the current school will be demolished and replaced with a new playground and new parking, Forsyth said.

The project is expected to be substantially complete in August, he says.

Forsyth says the district has two upcoming projects-- one at Lewis & Clark High School, at 521 W. Fourth, and another at Wilson Elementary School, at 911 W. 25th. Construction on both projects is expected to begin in June.

The $23.5 million Lewis & Clark High School project, funded in part by both the 2015 and 2018 bonds, is a 30,000-square-foot commons and classroom addition designed by NAC Architecture, of Spokane. Forsyth says that project was set to go out for bids in mid-March.

The $12.5 million Wilson Elementary project includes a classroom addition and gym replacement, which will total 14,800 square feet of space.

Forsyth says Integrus Architecture PS, of Spokane, designed the project, and Garco Construction Inc., also of Spokane, will be constructing it.

He says the three buildings will be located to the south of the existing Shaw Middle School, and the school building will be occupied during construction.

Lydig Construction Inc., of Spokane Valley, is the contractor for the entire three-building project, and Integrus Architecture PS, of Spokane designed it.

“We’re looking to start some early site work this fall, with major construction to begin in 2020,” he says. “The plan is to have everything completed in time for the 2021-2022 school year.”

Looking ahead, Forsyth says the district is in the process of hiring an architecture and engineering team for the Glover Middle School replacement project at 2404 W. Longfellow.

“This will be a complete replacement of Glover Middle School, as part of the 2018 bond,” he says. “We’re hoping to start designing by April, so the school will be ready to open by the 2021-2022 school year.”

Forsyth says this summer the district also will be seeking an architect to design plans for the replacement of Joe Albi stadium and the new northwest middle school at the Joe Albi site at 4918 W. Wellesley. He says construction for those projects could begin as early as fall of 2020.