Cyan to develop its next crowdfunded video game 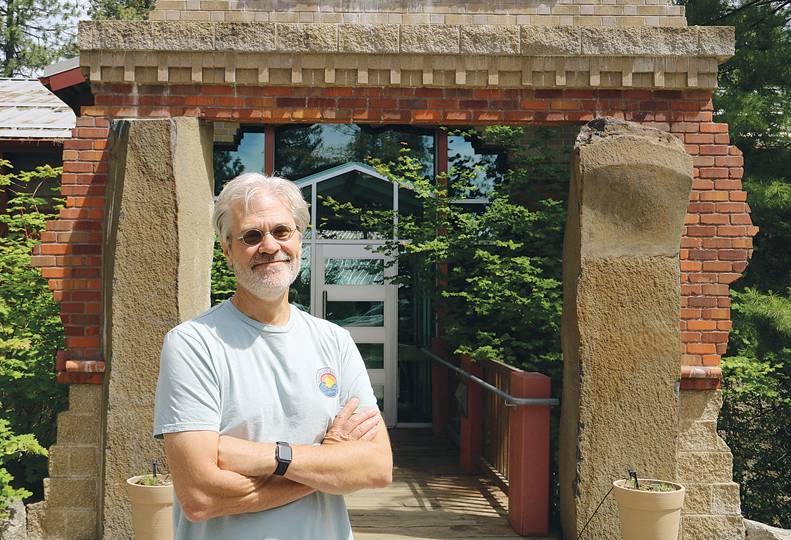 -LeAnn Bjerken
Rand Miller, co-founder and CEO of Cyan Inc., says the company plans to release its new game, Firmament, about a year from now.

Spokane-based game developer Cyan Inc. has completed a successful 30-day Kickstarter campaign to fund its next immersive video game, Firmament, and has added new staff in anticipation of the game’s release next summer.

“For our campaign, we asked for about $1.3 million and made about $1.4 million through 18,420 backers,” says Rand Miller, cofounder and CEO of Cyan. “We’ve added a couple of new hires to begin working on Firmament, which we plan to release sometime in July 2020.”

Miller says Cyan, which is best known for creating the popular Myst and Riven games about 25 years ago, continues to push toward big goals despite its small size.

“Myst paved the way for us, and we saw a bit of resurgence with the release of Obduction in 2016,” he says. “Firmament is the second game we’ve done through a Kickstarter campaign, and it seems to have fueled the fires of interest from our fans again.”

Cyan Inc. remains at its longtime headquarters, occupying about 7,000 square feet in the two-building, 22,000-square-foot complex it once filled at 14617 N. Newport Highway, in Mead. The company has about 20 employees.

Prior to the Firmament Kickstarter, Miller says Cyan completed a campaign last year to fund the release of a 25th Anniversary package for Myst. He says that campaign had a goal of $250,000 but reached a total of $2.8 million in funding.

“That campaign did really well and was a great way for us to kind of celebrate our beginnings,” he says. “With the plans for Firmament, it feels like we’re in a really good position.”

Miller says Cyan, as a smaller company, sees certain advantages to using the Kickstarter platform to develop and publish games.

“The gaming industry can be tough for indie developers like us, as these are projects that many large publishers don’t want to take on due to the risk,” he says. “Kickstarter gives us the chance to let our fans pre-buy the game as much as anything else, and regardless of whether it works for other companies, it’s certainly been an enabling finance technology for us.”

Miller describes Firmament as having a similar feel to Myst, but with some added story and puzzle-solving twists.

“Firmament is a new story, but it’s sort of similar to Myst, with some steampunk and a bit of magic thrown in,” he says.

In addition to the start of its work on Firmament and the Myst Anniversary package, Miller says Cyan also recently published a game called Zed for artist Chuck Carter, through its publishing arm, Cyan Ventures.

“We’ve been publishing our own titles for a while, but we’ve always wanted to work toward helping other indies like ourselves to finish games and generate sales,” Miller says.

He says Carter did start a Kickstarter for Zed but wasn’t able to secure enough funding to publish the game.

“Zed is another narrative weighted experience that focuses on a person with dementia who is trying to recall enough memories to pass along to his granddaughter,” Miller says. “It’s a really cool concept, and different from anything we’ve done before, so we were happy to be part of its publication.”

While Cyan generates some revenue from its old games and uses Kickstarter to fund new games, Miller says the company hopes to continue to serve as a publisher for more small developers.