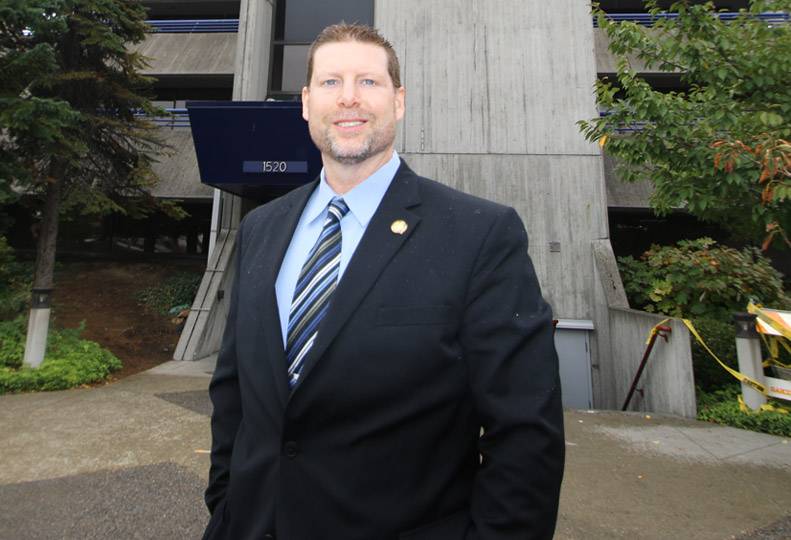 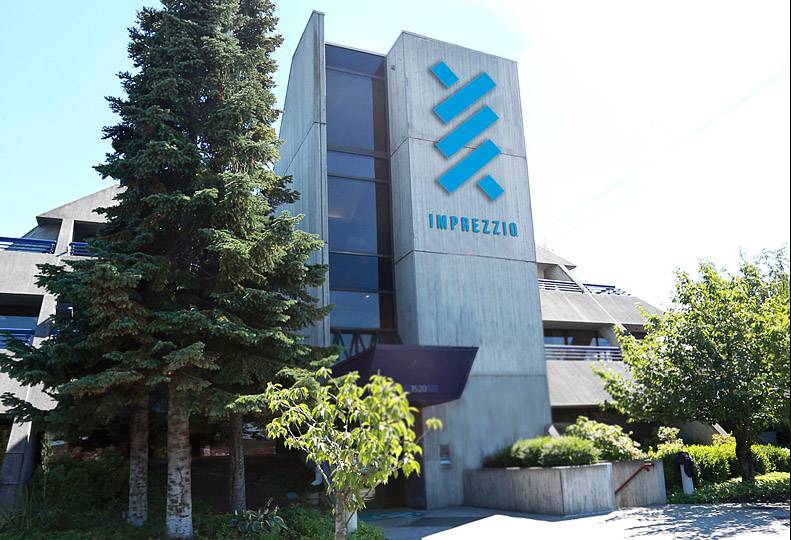 Just two years after celebrating its 10th anniversary, Spokane-based business software company Imprezzio Inc.—named after the Italian word for enterprise—is expanding its presence locally and globally and reporting strong sales gains as it prepares this year to crest $30 million in annual revenue.

Imprezzio, the flagship operation of DaRK Capital, a holding company also based in Spokane, is preparing to relocate to larger quarters here while also looking to attract new clients in locales as distant as western Europe, which it views as a potential major growth market.

The company and its DaRK Capital affiliates now employ 218 people, including 75 people here and 15 in the Seattle area, and are hiring more, with plans to get to 226 employees when current openings are filled. Imprezzio says its revenues have grown at a compounded growth rate of more than 55 percent annually over the last several years, and its prospects for additional growth are bright.

“The outlook is very positive. All  of our major contracts have renewed within the last 12 months, and we’re aggressively going after new markets,” says Russell Page, CEO of Imprezzio and DaRK Capital.

Imprezzio will begin moving this month into the pyramid-shaped former Global Credit Union headquarters building at 1520 W. Third, on the west end of downtown Spokane, marking the next phase in its local maturation.

DaRK Capital bought the 31,000-square-foot structure and the entire surrounding block on which it sits, comprising nearly 2 acres of land, for $3.4 million, and currently is remodeling the structure at a cost of about $750,000, with plans to be fully moved in by the end of March. The remodeling plans will include large outdoor signage bearing the company’s logo.

“It will be very bold and show that there’s a high-tech company in town. We’re very excited,” Page says.

“It should be able to accommodate our growth for the next three years,” and there’s enough room on the site to add more building space, Page says.

The building has some conference and educational facilities that Imprezzio will make available to the community, he says.

Imprezzio will vacate about 12,400 square feet of space in the seven-story Legion Building, at 108 N. Washington, where it leases the top two floors and part of the fourth floor. Global Credit Union vacated the building on Third Avenue recently after buying the five-story Freeway Plaza building at 1500 W. Fourth and moving its headquarters there.

The decision to buy the building on Third Avenue “reinforced our commitment to Spokane being our global headquarters,” Page says.

Along with its headquarters, Imprezzio has offices in Bothell, Wash., and Eindhoven, the Netherlands.

Imprezzio provides proprietary, specialized software designed for use in areas such as contact management, sales and marketing automation, and optimized workforce distribution. It caters largely to the insurance and financial services industries, where its clients include some of the nation’s top property and casualty companies, Page says.

“We take marketing automation to a level most companies don’t even think about” in terms of its sophistication and capabilities, he asserts.

Imprezzio’s most popular software suite is AgentsAlly, which Page describes as “one of a kind in the marketplace,” and is designed to maximize insurance agency users’ time and effectiveness through workflow automation, thereby driving profitable growth.

AgentsAlly “has 20 modules that fit together like Legos,” and that can be set up in configurations designed to meet clients’ specific needs, he says.

The company claims on its website that the software was installed on more than 11,000 computers over the course of two years and that it “revolutionized the way sales representatives automated daily marketing tasks.”

Page says the company’s software is able to track data in key areas such as fulfillment, or ensuring marketing messages are reaching their intended targets, and distribution optimization, or ensuring salespeople are distributed most effectively within specific markets.

The company derives revenue from subscriptions to its software, custom installations in a private cloud, and through system integration and other support services. Page says it maintains two data centers—one here and one in Seattle—that are redundant and offer clients the high levels of data security.

To date, Imprezzio’s primary market has been North America, where it has clients in all 50 states and several Canadian provinces, but it’s looking increasingly to broaden its reach overseas.

“Our technology is being met with a lot of enthusiasm in Europe,” Page says.

The company was founded here in 2004 by Dave Talarico and Kelly Birr, who remain majority owners, Page says. Page joined Imprezzio in 2009 and served as president of the company until being elevated to the CEO role, including over the newly formed DaRK Capital, about two years ago. He also now is a shareholder in DaRK Capital.

Imprezzio Marketing, with five full-time employees in Spokane, offers a range of Internet marketing services to clients in a number of industries, including insurance, while Imprezzio Global, with offices in Cluj-Napoca and Oradea, Romania, provides information technology and website development services.

RacingSnail, which has two full-time employees here, offers an insurance productivity and incentive management tool by the same name that helps insurance agencies track, analyze and incentivize their sale processes.

Some of Imprezzio’s growth has come through acquisitions.

In late 2014, it purchased AFS Web and that company’s trademarked content management system ZOOM CMS in late 2014. It said it expected that acquisition to enable it to broaden its customer base in certain large industries. AFS Web developed ZOOM CMS to help clients create proprietary, interactive websites that are more secure than those created by using “open source” tools, such as Wordpress.com.

Imprezzio announced about two years ago that the U.S. Patent Office had awarded the company its first patent for sales-lead management technology it had developed. It said the technology was part of Imprezzio’s proprietary software named LeadFlowPro, which filters and routes sales leads.

Company co-founder Talarico told the Journal in an interview seven years ago that when he and Birr first crossed paths in 1998, Talarico had been assisting Spokane-area businesses with website development and marketing, while Birr was developing custom software.

He said he and Birr discovered quickly that combining their marketing and technical skills created a successful partnership, and worked together as independent contractors on various projects before forming Imprezzio.