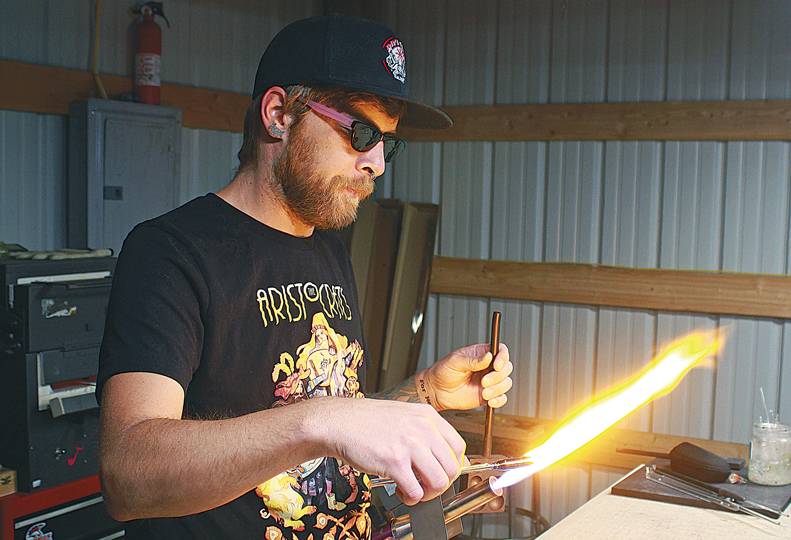 -Sandra Hosking
Cameron Davenport says business has picked up in recent months; Davenport Glass has received 400 orders since May. 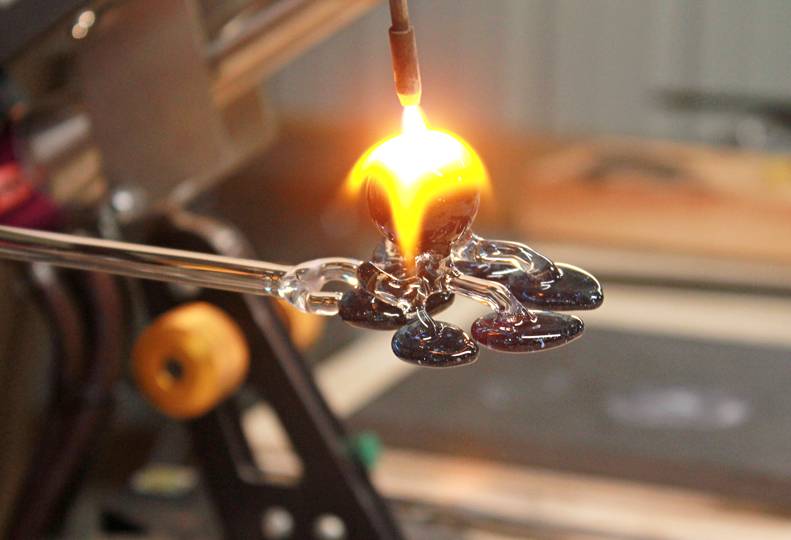 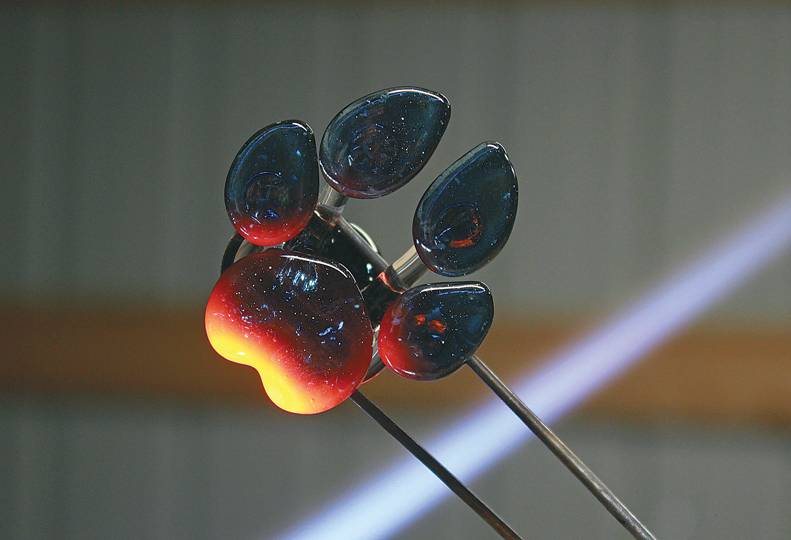 By spring, the business had received enough orders that Davenport was able to quit his job as a hospice nursing aide and work with glass full time. While he declines to disclose revenue, he says he’s received 400 orders since May.

Davenport attributes the uptick in orders largely to a Facebook advertisement that went viral and reached more than 12.5 million people. The ad featured one of the company’s glass dog paws, and it took Davenport and several helpers three weeks to answer the 30,000 emails received, he says.

The company makes glass marbles and pendants of various shapes to memorialize people, as well as paws, marbles, pendants, or flowers for pets. Davenport also can make custom shapes.

Customers may have lost a loved one or pet recently or have had ashes sitting on their mantel for a period of time.

“To create a keepsake that will bring back a memory and give them some sort of comfort and a piece of art is a lot more meaningful than an urn or a box,” Davenport says.

Potential customers can view the company’s offerings and place orders through its website at davenportmemorialglass.com where products on the company’s online store page range in price from a $35 pendant to a $200 dog cremation paw.

Davenport markets the business solely through Facebook ads and referrals.

“When I started doing the cremation memorial pieces, I wasn’t really focused on the pet side. The ad went viral and now that’s what I’m known for,” Davenport says.

Davenport is an animal lover himself. His blue-eyed white husky, Malu, wanders through his workshop, and he has owned several cats and a parrot in the past.

Davenport has been blowing glass since 2003 and is primarily self-taught.

“I have always been fascinated by fire, and this is the one thing I can do that is constructive with it,” he says.

He did take one course with glass artist Phil Siegel.

“I had already been blowing glass for 10 years before I took the class. I already had a good understanding of how to work with the glass,” Davenport says. “He just showed me how to dial in and create anything you could think of. He showed me how to draw the pieces up, measure them out, and how to make the piece a lot cleaner and more presentable.”

Davenport conceived the idea to incorporate ashes into glass when a friend passed away. He made marbles for himself, his deceased friend’s mother, and several mutual friends.

The idea to create a paw to memorialize a dog came about through a conversation with a client.

Davenport currently works out of his home studio in Coeur d’Alene. He is the business’s only employee, but he does have an apprentice. He also hopes to lease a commercial space in the Coeur d’Alene area by next summer, he says.

The tools of his trade include a glass torch, a smaller jeweler’s torch, a small box-shaped kiln, an industrial oxygen tank, and clear and colored glass rods. The glass is borosilicate, which is also used in scientific applications.

Davenport turns and forms glass pieces individually before assembling them into the final shape. The molten glass reaches about 2,500 degrees Fahrenheit and must be kept hot throughout the process, or it will crack.

“Working with glass is like a race against time. It always wants to break on you,” Davenport says.

He primarily uses transparent colors to ensure the ashes are visible, although pendants can be more opaque.

To create a memorial piece, Davenport requires only a teaspoon of ashes.

Davenport believes he is doing meaningful work and feels closer to a project when a customer has shared a picture or story along with the ashes.

Working on a remembrance for a child who has passed especially has an impact on him, he says.

“I really enjoy what my work means to people. It means a lot more to me when people share a story of who I’m working with,” he says.

She had a marble made for each of her six deceased pets: Grizzy and Joey, Pomeranians; Bosco and Tinky, toy poodles; and cats Malie, Bugger, and Missy Kid.

Each marble is a different color, and they sit in a dish.

“I feel like I have them back again because I can hold them in my hands,” she says. “It’s a much better connection than having their ashes stuck in an urn in a cabinet. This way, I can see them every day. If I miss Bosco, I can go pick him up and hold him.”

Humphrey appreciates the compassion Davenport showed her and how he explained the process of creating a piece.

“For a young man, he has the biggest heart, and he totally reveres our process with our animals because he feels the same way about his animals. He’s truly there in heart and mind and spirit,” she says.

Humphrey’s husband, Kevin, has elected to have Davenport create small glass guitars with his ashes when he dies so he can give them to his wife and daughters.

Speaking of Davenport, Maurene Humphrey says, “Not only is he an artist, but he has a really kind, open heart. I think he puts his soul into his work and he’s so respectful of the clients because he knows they’ve lost someone dear.”