Dawn of a new era at Morning Star Boys’ Ranch 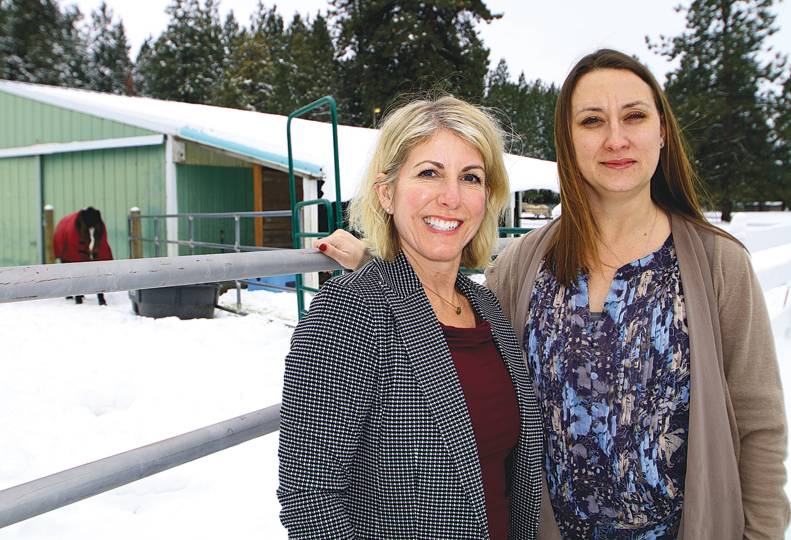 Spokane-based nonprofit Morning Star Boys’ Ranch is in the midst of a capital campaign to renovate its facilities and expand its services to the community.

Julie Morin, Morning Star’s director of development, says the organization is planning over $8 million in improvements to renovate and expand its facilities. Just over $1 million has been obtained to repurpose a 2,200-square-foot garage into an eight-bedroom facility with a large living space, bathrooms, and a cafeteria, which will be phase one of the three-phase project.

Located on about 54 acres at 4511 S. Glenrose Road, the Morning Star Boys’ Ranch is a nonprofit group home for boys aged 6 to 12 and works with the state to place children into foster homes or reunite them with family.

Morin says about $6.5 million of the $8 million being raised will be dedicated to renovating the Murphy House, a 42-year-old building that currently houses their 23 boys. Renovations to the structure will be similar to the plans for the former garage, in that the building will be made warmer, airier, and homier, says Morin.

Audrea Marshall, executive director, says the organization is also exploring renovating the far side of the Murphy House into eight more rooms, for a total addition of 16 beds to the facility.

Phases two and three, which will consist of renovations to the Murphy House and the construction of an enclosed bridge between the two structures, are expected to be completed within two or three years. An enclosed courtyard also will be built in front of the renovated garage, and will be filled with tactile, sensory play items for the children.

Plans to renovate the former garage were accelerated when the organization received a $726,000 grant from the Washington state Department of Commerce, says Morin, and the rest of the funding came from the Morning Star Foundation.

The original plan was to renovate the Murphy House first, but Marshall says the new residence cut in line when the organization received the Department of Commerce grant.

The larger campaign, which Marshall says will occur over the next 10 years, will be to increase community outreach and establish Morning Star as an educational hub for those who wish to work with troubled children.

“It’s a little limiting to hear Morning Star Boys’ Ranch,” says Marshall, who contends people only think of the organization as a residential program. “But it’s so much bigger. The larger purpose is to reach out to the community members and be more accessible, offering services from the gamut of prevention of care all the way through permanency.”

“The type of trauma that these kids go through, it takes a lot to understand not just where a child has come from, but how to help them work through that and heal,” Marshall says.

She also contends training in healing oneself to be able to work in this field is important.

“When you hear some of these kid’s stories, it will affect you in ways you really aren’t prepared for.”

Spokane-based NAC Architecture is designing the renovation project, and Yost Gallagher Construction, also of Spokane, is the contractor.

Their hope, Marshall says, is for construction on the garage overhaul to be complete by September, and have the children moved in by Nov. 1.

“It takes about six to eight weeks to really get it prepared for the kids, the type of youngsters we bring in are placed in more of a group atmosphere because they really can’t function in home-like settings, so we have to really make sure that we have everything set up the way we want to welcome them in,” Marshall says.

Morin says the organization is working closely with NAC, which she says has done research on designing buildings for children who have endured trauma in order to ensure the new facility will be compliant with state licensure requirements and also be aesthetically comfortable and welcoming.

That includes basic infrastructure changes like redoing the ventilation system, says Marshall. It also includes putting in more windows, having vaulted ceilings to keep the building from feeling dark and enclosed, and painting walls in home-like colors.

“It’s not a hospital,” says Marshall. “It’s more of a home. It’ll be warm and inviting, each kid will have their own room.”

“Kids are affected by different lighting. It effects all of us, and when you have a child who doesn’t quite know how to handle his anger and he’s getting affected and doesn’t know why … we’re being very mindful of the type of light we’re putting in.”

The kids also will be able to decorate their space as they choose, says Marshall. Morning Star encourages children to choose their own bedding, some of which comes from donations.

“Whatever it is that helps them identify who they are, and that they own it … is really the goal,” Marshall says. “Some of these kids show up with garbage bags, you will not see a kid leave in garbage bags from here, they will have their stuff … it’s important and special just like they are.”

That shift, from showing up in garbage bags to leaving for their permanent home with their things in suitcases is important, contends Marshall.

“We get all personal about a coffee mug, and these kids sometimes come with nothing,” she says.

Other potential programs in the works include offering services for girls, establishing a preventive program for younger ages, and establishing an equine therapy program, says Marshall.

“The difference that working with animals in general has on kids who are healing is tremendous,” she says.

Marshall says the organization currently employs a staff of 86. Depending on state funding, it could hire anywhere from 25 to 30 more employees for phase one.

The Washington state Legislature is currently reviewing House Bill 1367 and Senate Bill 5645, which examines the rates paid to child-placing agencies and reviews the costs incurred to determine the amount of funding necessary for behavior rehabilitation service organizations.

“The trauma that these kids come from is real; it’s not a movie,” she says. “Our job here is to build trust and safety, and that takes a village, so we have our own village here.”

Marshall says the amount of funding the legislature approves will determine how many employees Morning Star will be able to hire.

Morning Star also is working to attain national accreditation through the Council on Accreditation, which Marshall estimates should be obtained by this summer.

The Council on Accreditation is a nonprofit, human service accrediting organization founded by the Alliance for Strong Families and Communities. Accreditation signifies that an organization is effectively managing its resources and that it meets best practice standards on a national level.

Morin says, “I think that we’ve been this hidden, quiet place for a lot of years, and now we’re trying to collaborate with other organizations, and get the message out about the children that we’re serving … to understand the impact our little ranch up here in the hills is having on the community.”

Morning Star Boys’ Ranch was established in 1947 as a home for boys. The nonprofit now offers in-home care to support transitioning children, a case aid program that provides one-to-one supervision, behavioral support to families and children in state care, foster care services, and has a licensed mental health department that offers services to outpatients.