Design for the PPL opens showroom in downtown Spokane 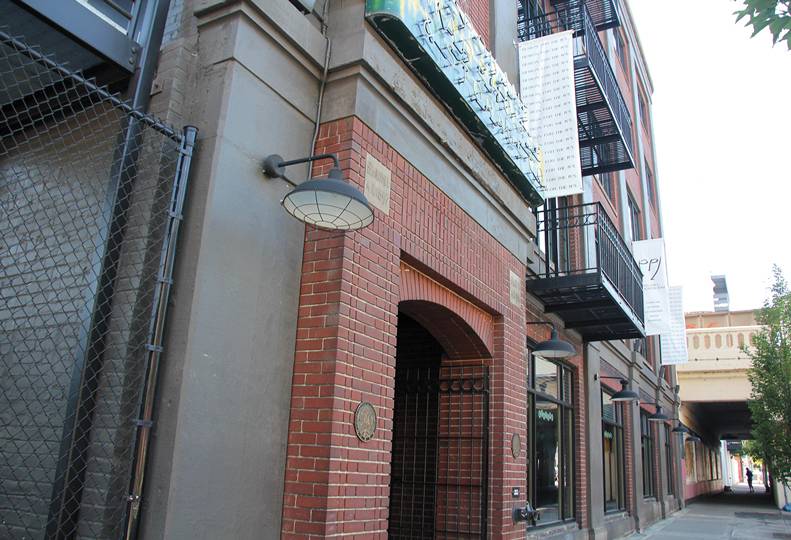 -VIRGINIA THOMAS
Design for the PPL’s showroom is located on the second fl oor of the historic building at 125 S. Stevens downtown.

Spokane interior design company Design for the PPL LLC has opened its showroom fully to the public.

Erin Haskell creative director and co-owner, says Design for the PPL now has enough employees—six total—that it can maintain expanded hours of operation.

“We’ve been growing our team so much that it was like, why not?” Haskell says.

The showroom, located on the second floor of the Boothe-McClintock/Electro-Kold Building, at 125 S. Stevens, is now open Tuesday through Friday, 10 a.m. to 6 p.m., and by appointment on weekends and evenings.

The 5,000-square-foot showroom previously was open to the public on Fridays.

“We’re not trying to be exclusive by doing appointments. It’s just that some people are looking for really specific things,” Haskell says.

Haskell, an interior designer for more than a decade, says she started Design for the PPL about five years ago as her own small design company. In late November, the company moved its operations into its current showroom space.

Zach Gourde—Haskell’s husband and former Gonzaga basketball player turned director of operations and co-owner of Design for the PPL—says the showroom offers a wide range of price points.

“We’re trying to hit all the price points, but things that are well-designed are the first priority,” Gourde says.

The showroom appeals to customers who want to take home new furniture the day they buy it, he says.

“We can special-order things and bring in things in a different upholstery, but if you see something and you want it, we have it in stock,” he says.

Haskell compares Design for the PPL to the now-defunct downtown retailer Joel Inc.

“People would go to Joel’s to find one-of-a-kind pieces,” Haskell says. “We’re going to do a big celebration of them at some point, when we have our big grand opening party.”

“We can only do so many large projects each year,” Haskell says. “Right now, we’re fully-booked going into 2022.”