Doctor here says drug helps patients get off of opioids 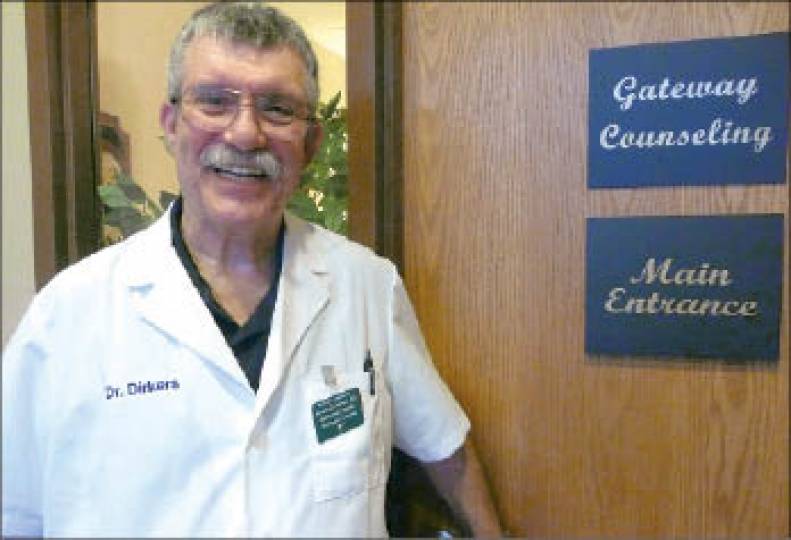 -—Staff photo by David Cole
Dr. Jerome Dirkers says that patients who take Suboxone during substance-abuse rehabilitation are able to engage in therapy far better than those treated with other medications.

A Spokane physician says the drug Suboxone is a powerful weapon in helping substance-abuse patients fight against a "scourge" of addiction to powerful drugs such as OxyContin.

The physician, Dr. Jerome Dirkers, says he first saw the benefits from Suboxone in 2005, while he was medical director at the Montana Chemical Dependency Center, in Butte, Mont., and now is providing Suboxone therapy at substance-abuse clinics here.

Dirkers says that patients who arrived at the Montana center often were addicted to opioids, commonly abused prescription drugs such as OxyContin, hydrocodone, and oxycodone, that work by blocking the perception of pain. Such drugs also can induce euphoria, especially when they're administered in ways that aren't recommended, but have "profound" withdrawal symptoms, such as diarrhea, nausea, and vomiting, Dirkers says.

Treatment medications that had been in use for years don't relieve withdrawal symptoms adequately, but the results he saw with Suboxone were far better, Dirkers says.

"Instead of sitting on the toilet and wretching and vomiting, patients were sitting in group therapy participating two hours later" after they'd taken Suboxone, he says. "This way, they were able to engage properly. Our rate of retention and our rate of completion went way up" in the treatment program, he says.

Dirkers says society is afflicted by "a horrible epidemic" with drugs such as OxyContin.

Yet, he says, sometimes people become addicted to such drugs through no fault of their own, often when they've been injured and have had to take powerful painkillers. He estimates, for instance, that about 18 percent of people legally introduced to prescription pain medications become addicted, and he says that many people who are addicted have built good careers and want to end their drug dependence, but can't do so on their own.

"Addiction is robbing us of high-performing individuals," says Dirkers. "We want to provide a way for the business community to salvage good, trained workers. We want to prevent businesses from feeling they have to 'fire the problem.'"

Dirkers says he sympathizes with employers that must deal with workers who are struggling due to substance addictions, and understands that employers want not only for their addicted workers to be healthy, but to recoup their investment in workers they've trained.

"It's cheaper to rehabilitate (a worker) than to hire and train a new employee," Dirkers says.

Gateway, a state-certified chemical treatment program, is located at 701 E. Third, east of downtown. In addition to Hayden, it also employs a registered nurse and three other counselors.

Dirkers says he helps Hayden with other patients—80 percent of Gateway's patients are alcoholics—by prescribing medications, but leaves the counseling part of treatment to the counselors at Gateway and the other addiction centers where he provides Suboxone therapy.

In addition to working at the Montana Chemical Dependency Center, Dirkers says that he also worked at the Montana State Hospital, in Warm Springs, near Anaconda, and moved to Spokane with his wife when she landed a job here that she wanted about three years ago. He says he took some time to "decompress," but decided to go back to work about a year ago.

Gateway's patients range in age from 19 to 75, and have annual incomes ranging from about $12,000 to $250,000, Dirkers says. All of its patients are employed and have health insurance, and the clinic doesn't provide indigent care or work with youths, primarily because other services are available to younger people here, Dirkers says. Gateway's patient load is growing, and currently totals more than 100, says Anna Carlson, a registered nurse there. About 80 percent of the clinic's clients are addicted to alcohol.

Dirkers says Suboxone is "the closest thing we have to a silver bullet" among the treatment drugs used to combat opioid addiction.

He often prescribes it for such patients, and says it helps them continue working and rehabilitate more privately and with more flexibility than patients who take other opioid-dependence medications, such as methadone.

Suboxone, he says, puts patients into the right state of mind for counseling, "giving them a lucid interval when they can do problem solving."

Suboxone was approved for use in 2000 by the federal Drug Addiction Treatment Act, which gave qualified physicians the ability to use specially approved opioid medications, including Suboxone, in the privacy of an office-based setting.

Dirkers says patients who are prescribed methadone often have a more "degrading" treatment experience and must deal with inconvenience because they have to stand in line at a methadone maintenance clinic with others to receive a daily dosage. Patients can take Suboxone in the privacy of their homes, he says.

Methadone also has more side effects than Suboxone, and makes patients feel sedated, making it harder for them to work, he says. Suboxone allows patients to "go about their daily routine without unwanted sedating," making it more likely they can be productive at work, Dirkers says.

Suboxone, sold by Reckitt Benckiser Pharmaceuticals Inc., of Richmond, Va., has two main side effects—headache and constipation, he says. The drug is more expensive, at about $6 per pill, than methadone, which costs about 50 cents for a daily dose, but a generic version of Suboxone should be available sometime this year, Dirkers says.