When domestic violence comes into the workplace 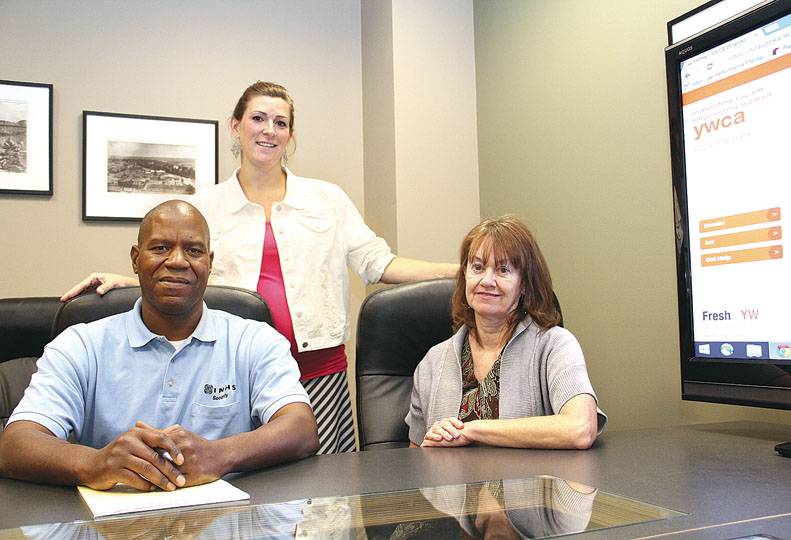 Kristen Otoupalik, longtime friend of Sheena Henderson, 30, who was killed by her husband Christopher Henderson, 37, at Deaconess Hospital last month, says she never will forget the text she received from her friend minutes before the shooting where Sheena worked as a lab assistant.

The text message said she was afraid Christopher was going to show up at her workplace.

“I texted her back and advised her to let her boss know what was happening,” Otoupalik says.

Last month’s murder-suicide exemplifies the fact that domestic violence, sexual assault, and stalking doesn’t stop when a survivor arrives at work, says Kelly Starr, director of the Washington State Coalition Against Domestic Violence, based in Seattle. Starr says one-third of women killed in U.S. workplaces were killed by a current or former intimate partner.

“The violence is devastating for victims and takes a toll on the entire workplace as victims are often traumatized, harassed and terrified by abusers while at work,” she says.

The monetary costs of workplace violence have been estimated by the National Institute for Occupational Safety and Health to exceed $120 billion per year.

According to the U.S. Department of Labor, Bureau of Labor Statistics, women are much more likely than men to be victims of on-the-job intimate partner homicide, and intimate partners were responsible for the on-the-job deaths of 321 women and 38 men from 1997 to 2009.

Although Sheena Henderson did tell her boss and co-workers to call 911 if they saw her husband that morning, it was too little, too late, says Dr. Michael Patmas, CEO of Rockwood Clinic. “He went in the back door,” Patmas says.

Deaconess has been lauded for the quick and effective response to last month’s murder-suicide, Patmas says. The hospital responded quickly and the reaction was well coordinated, he says.

“In minutes, we had psychiatrists, psychologists, and counselors, trained in trauma response,” Patmas says. “Within 4 to 5 minutes of the first call, police were on the scene.

The hospital recently had rewritten policy and procedures for a shooting incident and practiced the response.  “Which was fortuitous,” he says. “Different departments at the hospital had practiced for this.”

Patmas says co-workers saw the shooting but says he believes patients who were nearby only heard the shots. “The long and short of it was that it was bad.”

“Lots of times employees are worried they’ll get into trouble because of what the abuser is doing. We hear that a lot. They can’t be fired over what an abuser is doing, and they have the right to take time off,” Lieske says.

“Employers get nervous about that,” she adds.

The YWCA offers resources to help employers, including with creating workplace policies on domestic violence and putting them in place.

“Businesses need the training because it makes for a healthy work environment,” Lieske says.

Lieske says employers may be reluctant to approach the subject but it can be done in a caring manner. “You can say that you want to make sure the employee is in a safe place and let them know that you’re there to support them,” she says.

She says there are telltale signs of abuse noticeable to friends or coworkers.

“If someone is consistently getting numerous phone calls and texts from a partner, if there are changes in what is normal for that person, such as lack of participation in work activities when there had previously been participation, that could be a sign. Also is the person is dressing out of season such as wearing long sleeves or turtlenecks to hide marks or bruises? Those are pretty good signs,” she says.

Roger Aldrich, spokesman for the Center For Personal Protection and Safety, a Spokane-based for-profit training and education company, says it’s vital for employers to start talking about domestic violence in the workplace

“If someone gets away from a violent relationship, the abuser may no longer know their cell phone number or where they live. However, they do know where that person works. Therefore, if they are trying to find them, the only place they know that person will be for sure is at their job,” Aldrich says.

CPPS has a training program on workplace violence, and domestic violence is a significant area of its focus.

“We want to empower people to be stakeholders in their personal safety. We want them to have a stake in their own security in the workplace,” Aldrich says. “It does affect the workplace. It is important that we think of it as another form of workplace violence, that an employer needs to be conscious of and realize it could have negative effects on the rest of the work force, let alone the (targeted) individual.”

The company has a training video it uses to educate employers on what to do to keep employees safe in a domestic violence situation.

“Domestic violence is something many people think is not happening to someone they work with because it flies under the radar,” Aldrich says. “However, one in four, maybe even one in three women in their lifetime have been, will be, or are already involved in an abusive relationship.”

Whether the Henderson case could have been prevented, statistics illustrate why employers can and should take the first steps to address workplace violence by adopting policies and procedures that demonstrate to their employees the importance of a safe workplace, says Starr, of the state domestic violence coalition. She says her agency has published information for the last 10 years on the impact of domestic violence in the workplace, driven largely by fatality reports collected by her agency.

Starr says there is a connection between suicides and homicides. If someone is making a suicidal statement, there’s nothing to say they’re not going to take out their partner.

Spokane Police Department Chief Frank Straub says the city is in the process of reconfiguring its approach to domestic violence. Straub says he has created a special victims unit responsible for domestic violence and increased the number of detectives from two to four with additional assistance as needed.

“The Deaconess suicide/homicide became a catalyst for what has been building toward reengineering this unit within the department. The Deaconess incident became the final catalyst; we couldn’t delay any longer,” Straub says.

He says the department will be working closely with the YWCA, the courts, judges, and city and county prosecutors.

“We intend to reinvigorate the domestic violence task force,” he says. “It existed in this region for many years but went by the wayside because of funding. We are trying to get everyone back together to bring these resources together and make it work out of existing organizations.”

Straub says one of the biggest issues with domestic violence in the workplace or anywhere is the same theory applied to terrorism.

He cautions co-workers or friends who may become aware of an abusive situation to alert someone—whether it’s a health care provider, a supervisor, or law enforcement. He says individuals talking about victimization and whether it’s psychological or physical, should be a cue to get someone else involved.

“I believe coworkers have an affirmative obligation to say something about it,” he says.

Straub says the information has to be brought forward to law enforcement officers so they can hopefully intervene.

“And the advocacy part, we have to make sure that we get the right resources to help the victims,” he says.

One of the tools to legally intervene is with a restraining order against the abuser, says YWCA’s Lieske. A restraining order is a form of court order that requires a person to do, or refrain from doing, certain actions. She says it’s recommended on a case-by-case basis.

Lieske says for some people, a restraining order can work well. But it can also increase the risk because of the separation of the abuser and victim. It intensifies the separation, and she says that is the most dangerous time for a victim.

Lieske says when someone is leaving or has left the relationship can be the most lethal time in the relationship for the victim. “So if they’re breaking up, that’s when violence increases and the homicides happen,” she says.

“If they’re thinking of killing their partner, a restraining order will not deter them,” she says.

Lieske says victims worry about telling their employer about the abuse and having a stigma attached to them. She says they have shame and embarrassment and might think the employer will think less of them or that it’s their fault.

“Or they’re feeling like I should have seen this coming, or I thought I was too smart for this,” she says.  Lieske says people don’t realize that domestic violence is usually a very gradual progression of abusive behaviors. “Lots of victims don’t really know it’s happening,” she adds.

Phyllis Gabel, spokeswoman for Inland Northwest Health Services, says that organization has had a policy since 1999 on domestic violence in the workplace.

“We’ve had employees who have been impacted by domestic violence,” Gabel says. “Our human resource department wrote the policy with the INHS executive team. Looking back, we recognized we needed a policy like that because we knew we needed to define each person’s role in dealing with it. We have had employees who have come to us and we put things in place to further avoid (problems). We have phone lines diverted … we have put a lot of systems in place to keep employees safe.”

“People have a tendency to not talk about this issue,” she says. “But, it’s in all communities and in most business—if not all businesses. There are so many resources available. Sometimes employers can help them recognize there are resources out there and make a connection with them.”

Although Patmas says Deaconess Hospital’s response to last month’s shooting was positive, he plans to have a comprehensive consultant assessment of security procedures.

“We’re still not satisfied,” he says. “And we will evaluate our security. Security is high on the list of priorities.”

Patmas also says he wonders whether privacy issues in health care have become more of a hindrance than a help. “One of the big issues we have is that a lot of public agencies and health care providers are precluded from talking to one another … because of privacy if there is no immediate threat.”

Patmas says he and other health care professionals have talked about those barriers to safety.

“A number of people who touched this case were precluded from talking to one another,” he says. “I challenge other CEOs to look at workplace policy around violence and ask themselves the following: ‘Are you prepared? Have you rehearsed and do you have a written plan?’ If not, you better. Hopefully you’ll never need it.”