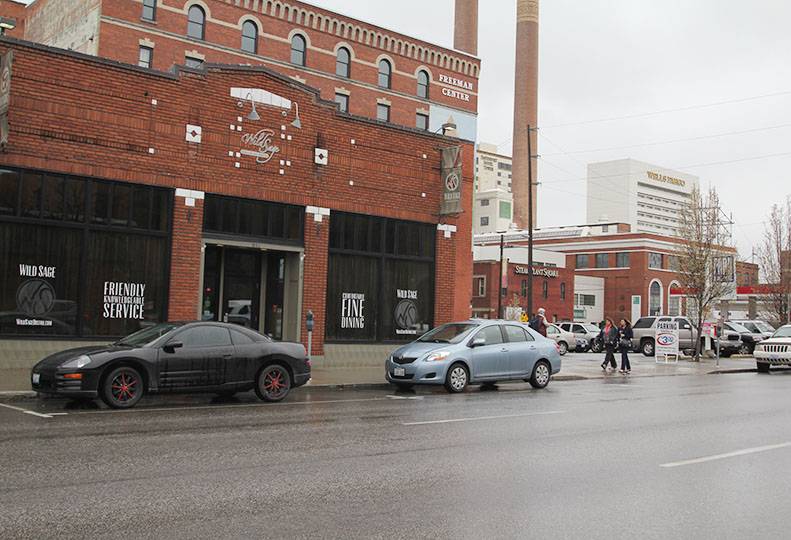 Potential plans to expand downtown Spokane’s Business Improvement District with the annexation of the southwest portion of downtown have been put on hold, says Marla Nunberg, vice president of the Downtown Spokane Partnership.

She says, however, the organization is open to receiving feedback from organized supporters of that effort or from others interested in joining the district.

Established  in 1995, the Downtown Spokane Partnership is a nonprofit organization that oversees the BID and the University District, and provides other services to businesses in the city’s core, such as through cleanup, safety, and marketing initiatives. The district includes about 900 businesses and 350 property owners in an 80-block area. The city of Spokane puts $100,000 a year into the BID and contracts with DSP to manage the district.

The southwest downtown area would add roughly 25 city blocks to the current district, which is generally bordered by Maple Street to the west, Browne Street to the east, the railroad viaduct to the south, and North River Drive to the north.

In March 2013, the DSP was working with a steering committee comprised of tenants, business and property owners in the area, who were seeking petition signatures from businesses there to add the section south of the railroad viaduct to Interstate 90 between Lincoln and Ash streets to the BID. The group was moving forward citing a need for graffiti cleanup, safety patrols and beautification.

Nunberg says property owners located in that area include several nonprofits, such as the Community Health Association of Spokane and a Spokane-based nonprofit health services provider that operates the CHAS Denny Murphy Clinic at 1001 W. Second.

Legally, the creation of a new improvement district or the expansion of an existing one can occur by a vote of  the Spokane City Council only after a petition is signed and submitted by property and business owners representing 60 percent of the assessable value in the identified area.

Mark Richard, DSP president, says the issue was put on the back burner when time and scheduling didn’t permit the DSP to put together information to add the annexation to the city council agenda.

“We just missed that September deadline to get it before the City Council,” Richard says, adding that the DSP board also wanted to package the matter together with its January renewal of the BID budget and management plan. That didn’t happen.

“It just came down to a matter of time and scheduling, and how much interest there is in that area to become a BID,” he says.

Richard says the steering committee of property owners expressed concern that the nonprofits in the area, which are generally exempt from paying assessment fees, were onboard with the plan. Richard met with several nonprofits to determine whether they agreed with the annexation.

“We had conversations concerning the number of nonprofits because they don’t pay assessments, by statute, and the group was concerned about the numbers of customers coming through these properties because some of them can impact the appearance and the safety (of the community).”

“Good things came out of that,” he says. “But it took good three months, and the timing was that we had to get the matter on the city council docket in September, and between those things, along with fact that we had so much work ….”

Retail tenants in the area would have paid about $100 a year per 1,000 square feet of space occupied, although larger businesses would have seen an assessment as high as $10,000 to $15,000 per year, depending on the formula that considers assessed property value and square footage.

Bob McLean, president of the Larry H. Miller Spokane Lexus dealership, whose parent corporation is based in Salt Lake, says he was involved with construction in the area, and things were put on hold on his end. “With the construction, (the committee) was put on hold. I don’t know when, but I’m sure we’ll make plans to reconvene the meetings,” McLean says.

The dealership is currently working on a downtown campus master plan that includes as its initial project a $1.5 million addition to the historic International Harvester Co. building at 1030 W. Third. The building will house the showroom and service facility for the Larry H. Miller Spokane Lexus dealership.

Larry H. Miller owns and operates three other dealerships in the Spokane area—a Toyota dealership, at 1208 W. Third, a Honda dealership at 1125 W. Second, and a Hyundai dealership at 8801 E. Sprague, in Spokane Valley. The company has been doing business in Spokane since 2009.

McLean says he was in favor of the annexation and had no problem with the amount of the assessments the district would charge the businesses in the area.

“We were at the point where we were reaching out to business owners to see if we had a majority of votes there,” he adds. “That’s where we were when we put it on hold.”

Tom Wilson, who owns commercial buildings along Second and Third avenues and served as chairman of the steering committee that promoted the plan, says the expansion plan is still a vision for a lot of people who support it.

“I think the DSP board didn’t think the business owners were ready,” Wilson says. “I don’t know why it was put on the back burner.”

Wilson says he thinks it would be a big help for the area in question.

“We’re seeing very positive things from Larry H. Miller and they’ve kind of taken control with their revamping of the buildings and I think it kind of overpowers the whole district. In terms of the tax base it generates a lot of tax revenue for the city of Spokane,” he says.

He says getting approval from the city on the Larry H. Miller projects has affected the momentum of the project. He believes the annexation will revitalize the whole area.

“I don’t know why they decided to wait but I think the Miller development was more important than the DSP expansion. It’s going to bring thousands of more customers into this area,” he says.

He believes the vast majority of businesses and tenants were in favor of doing the expansion but it just hasn’t panned out.

Other tenants in the southwest downtown area include Wild Sage American Bistro Restaurant and Barrister Winery. Wild Sage co-owner David Wells said in an earlier Journal article that his business partner, Tom Sciortino, reviewed the impact of joining the district, and both of them generally were supportive.

However, Lipsker says, “We support the expansion of the BID. If we want our businesses to thrive and downtown Spokane to remain vibrant, our buildings, streets, and alleys have to be clean, attractive and welcoming, and our visitors need to feel safe.”

After all was said and done last year, the BID expansion didn’t make it to the top priority list for the DSP’s 2015 strategic plan, Richard says. However, he adds, “We still have a strong interest and would like very much to help that area of the community find access to services or employ (the DSP) to do that.”

“If they were to reach out to us and have a genuine interest, I’m pretty certain the board would reconsider putting it on the DSP agenda,” he says, adding, “In order for the board to do that we would have to see what we can pull off the strategic plan to make this happen.”