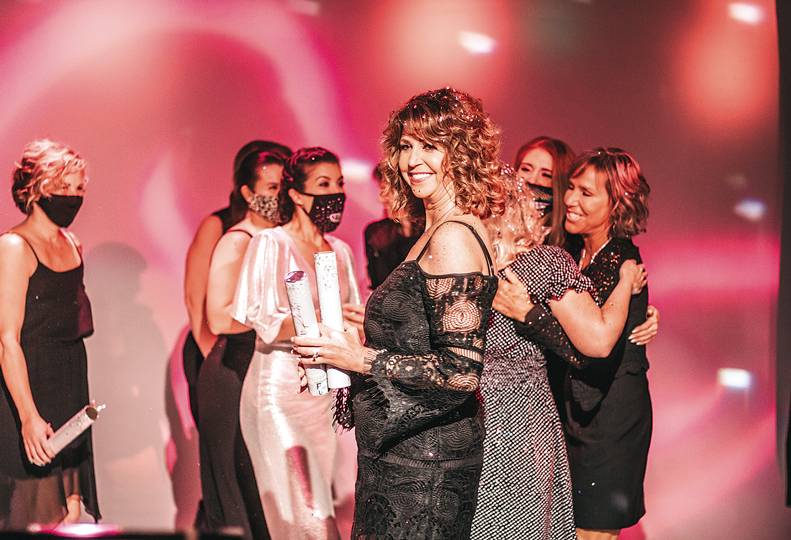 In a year fraught with economic turmoil stemming from a pandemic, Inland Northwest nonprofits say they've seen donor behaviors change in response to both their own economic uncertainty and the uncertainty nonprofits are experiencing.

"It affects not only our sponsorships but also our contributions from donors, because a lot of them own, work for, or operate those small businesses," Brewer says. "Small businesses are telling me that they've been impacted by 65% or 85%. We're running along with them on that."

The smaller the nonprofit, the bigger the hit, she says.

Colleen Fox, chief philanthropy officer at Providence Health Care Foundation of Eastern Washington, says the health care nonprofit has seen a dip in the number of donations it received. However, she says some donors have been inspired to increase their donations dramatically. Four of the largest individual gifts Providence Health Care Foundation has ever received were donated this year.

Fox says those donors understood that many regular donors wouldn't be able to make their usual gifts or would make smaller donations than they typically would.

"They feel like they want to increase this year to help fill that gap," Fox says. "You have donors who recognize that the needs are greater than ever and that nonprofits are struggling, and who've stepped up to make pretty extraordinary gifts because they feel like they can and should."

Small donations are beginning to ramp back up, she says.

"We're starting to see those smaller donations, those $25 to $100 donations," Fox says. "We've seen a strong increase in September, and we're seeing that continue into October."

Fox says two factors in the return of smaller donations could be legislation that was included in the Coronavirus Aid, Relief, and Economic Security Act. Section 2204 of the legislation allows for those who don't itemize deductions to deduct $300 of qualified charitable contributions as an above-the-line deduction. Typically, charitable deductions are itemized. An above-the-line deduction allows a taxpayer to subtract from their gross income in calculating adjusted gross income for the taxable year.

"Especially for donors who are looking to make larger charitable gifts, this is a really advantageous environment to do that, and we think that's a reason for some optimism in the fourth quarter," Fox says. "For donors who have a gift of real estate this year or highly appreciated assets like stocks, this is a strong year to be able to make those types of contributions."

Gwen Schwartz, director of advancement at Union Gospel Mission Association of Spokane, says the organization has noticed a trend in donation "bunching," a strategy in which donors double their charitable giving in one year and make no donations in the next year.

Schwartz says there's also been an uptick in the number of donor-advised funds that give to the organization.

Donor-advised funds can be established through qualified charities to allow donors to make charitable contributions and receive immediate tax deductions, then recommend distributions from the funds over time.

"People were bringing those in, and/or trying to write them over completely and send them over to us — older folks still think you can sign the back of a check and just hand it to somebody, so we had to explain to them that they'd have to deposit it and then write a separate check," Schwartz says.

Fox says the events of this year have caused many donors to change their giving habits in terms of the number of organizations they support.

"Donors are being more selective in where they're giving," she says. "There's more thought and intentionality behind donations in an (economic) environment like this one."

Fox says donations seem to be stabilizing after months of volatility, but that could change.

"No matter what side of the aisle you fall on, anytime there's an election, there's always political considerations," Fox says. "With a potential change in political leadership, tax concerns are one thing that can drive behavior, especially in the fourth quarter."

Charitable organizations will also be at the mercy of any further economic volatility.

"It's not always directly related to giving, but with the economy being fairly volatile, that can certainly make donors more reluctant to give," Fox says.

Schwartz worries that some donors will suffer more intense economic impacts than others.

"The thing we're talking about as a team right now is what will happen if more and more of the middle class are unemployed," Schwartz says. "We're wondering what the economy will spell for them. That may affect some year-end giving for them, but we haven't seen that turn yet."

Schwartz references a study recently released by Raleigh, North Carolina-based nonprofit fund development consulting company DickersonBakker that surveyed 1,079 U.S. adult donors between May 29 and June 22. The study found that 71% of respondents who made special contributions in the spring, in the immediate response to spread of the COVID-19 pandemic throughout the U.S., said they considered those gifts to be over-and-above their regular giving. Of mid-level and major donors who gave a special contribution earlier in the year, 97% said they're willing to consider giving more later in the year or are already planning to do so.

Additionally, nearly two-thirds of respondents said they would be willing to meet with nonprofit representatives in the near future to discuss projects. Schwartz says Union Gospel Mission Association of Spokane has started reaching out to donors to see if they feel safe with one-on-one meetings.

"We've gotten some, but it's not to the place where it used to be, where people are really ready to have face-to-face conversations," Schwartz says. "As long as the weather has been nice, we've been meeting people on their front porch or on their patio."

Beyond Pink is currently operating in the black, and recently held a virtual event that raised about $87,000. However, Brewer says donations from events aren't at the volume they once were. She says she's hopeful that donations, both from events and from individual donors, will return to normal volumes this spring. Rumors that a COVID-19 vaccine could be produced by then fuel her hope.

Brewer also is optimistic that local businesses that have pivoted to products and services related to the pandemic — such as manufacturing hand sanitizer and counter barriers — instead of or in addition to their typical offerings will see some profitability from that pivot by spring.

"My hat's off to the businesses, because a lot of them have pivoted to something that will sustain their business or will help them get through this time," Brewer says. "But they're still establishing that, so I feel like those pivot points might be more well-established in the spring."