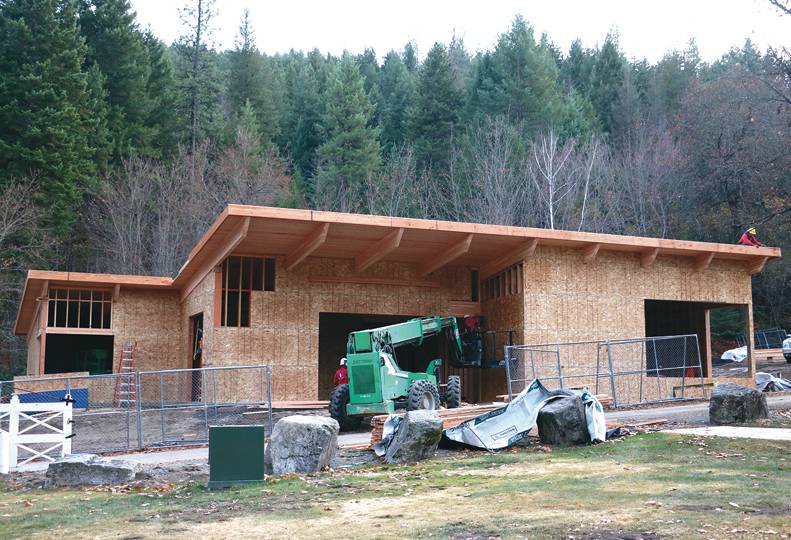 -—John Carter
The new arts building at Saint George’s School is expected to be completed in April. Walker Construction Inc. is building the structure, and NAC Architecture designed it.

Saint George’s School is constructing a new arts building on its campus at 2929 W. Waikiki, just north of Spokane.

The building, which is estimated to cost more than $1.3 million, will be used by students in grades kindergarten through eighth and will have a music room, an art room with a kiln, and an art gallery.

Walker Construction Inc., of Spokane, is the contractor on the project, and Spokane-based NAC Architecture, designed it.

The building is expected to be completed in April.

Groundbreaking for the 3,400-square-foot building was held Sept. 6; since then, the foundation, framing, and roof have risen at the site, says school spokesman John Carter.

“We had had an arts building for the lower school — kindergarten through fifth grade — that was an older portable,” Carter says. “It was finally time to expand the facility to be able to provide a more modern and larger arts space for our younger students. This also allows us to pull both the music and the visual-arts programs together in one place.”

Carter says an anonymous gift and contributions from parents of current students financed construction of the building.

Saint George’s School was founded in 1955. It has about 350 students in kindergarten through 12th grade.