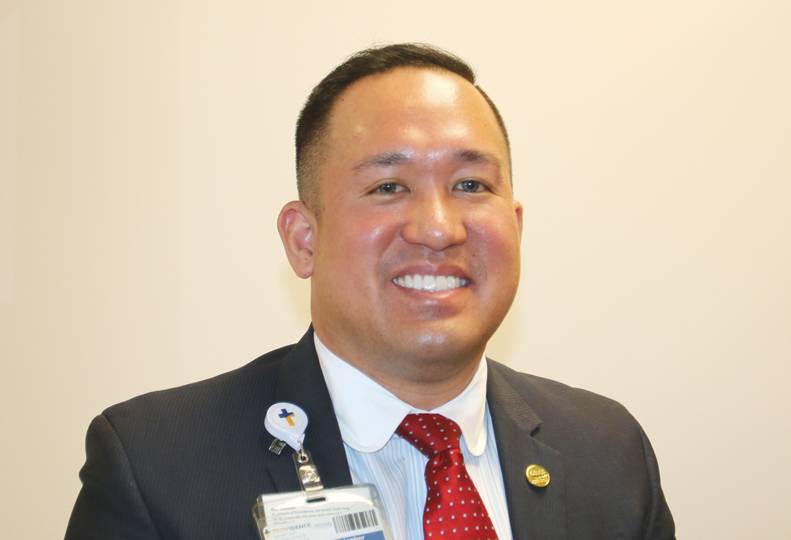 Faced with a shortage of certified nursing assistants, Providence hospitals in Spokane have created a program they think will satisfy their demand.

Aspiring nursing assistants typically have to pay for their training up front and complete it before being able to secure employment. Potential candidates often face financial barriers that prevent them from being able to pay up front and then secure work later.

But earlier this year, for the first time, Providence Health & Services flipped the playbook for CNA candidates, hiring them to full-time paid positions and then put them through a 12-week CNA training program.

The student employees are able to gain practical work experience, classroom education, and lab and clinical training in an acute care hospital environment. In return, the newly trained CNAs commit to working with the Providence Health Services system for at least 18 months.

“We feel like, if we can get them here and train them here and employ them here, they’ll be more likely to stay here,” says Neil Christopher Apeles, director of acute care services at Providence Sacred Heart Medical Center & Children’s Hospital.

In late summer, the first group of 14 students completed their  training and immediately went to work. About a dozen students currently are going through a second round of training and are expected to complete it by the end of the year.

Providence Health & Services partnered with Inland Northwest Health Services, which provides instructors for the training. Next year, Providence has plans for eight training cohorts of at least 10 students each, he says.

“We only plan to grow this program,” Apeles says.

Apeles says the request for such a program came from his staff not long after he accepted his current position in 2015, when he moved to Spokane from Los Angeles.

“Right away they asked, ‘Can we start our own program?’’’ Apeles says.

While there were other tasks that required immediate attention, he knew firsthand just what acute care staff was talking about. Apeles got his start in the medical field as a certified nursing assistant in Southern California.

As he settled into his position and began to meet more of Spokane’s medical community – people such as Cindy Fitzgerald, director of the Doctor of Nursing practice program at Washington State University’s College of Nursing who offered advice – Apeles solicited ideas as to how Providence could create its own CNA training program.

Providence Health & Services then reached out to INHS, which helped develop the curriculum for the student employees.

By training and employing them, Providence hopes to reduce turnover among its CNAs.

The Spokane Workforce Development Council says nursing assistant is an occupation that is in demand. The average hourly wage is $15.27 per hour for an annual salary of $31,764.

The Workforce Development Council says the average annual number of openings for nursing assistant positions have been a little more than a 1,000 per year since 2017, and that figure isn’t expected to change for the next decade.

Hospitals, nursing homes, and assisted care facilities are competing against each other for qualified CNAs.

At Sacred Heart, Apeles says a little more than 18% of all first-year nursing assistants end up leaving their post, often for another care facility.

“The benefit of the quality of care doesn’t kick in until after the first year,” Apeles says of nursing assistants.

Heidi Sattler, who lives in Kettle Falls, was one of the 14 students in Providence’s first CNA graduating class. After completing her training at Sacred Heart, she went to work at Providence St. Joseph’s Hospital, in Chewelah.

A 33-year-old single mother of two children, Sattler says she is thankful for the opportunity Providence’s CNA program has provided for she and her family.

“I mostly grew up on a ranch and have mostly worked in jobs that really don’t pay much,” Sattler says.

Whether she was a veterinarian technician or a customer service representative, the pay was often low and the work was inconsistent.

“I just love my job, and I love what I do,” Sattler says of her CNA position.

She credits Providence’s CNA program for having a real-world feel extending beyond just the classroom.

“In the test (classroom) world, there’s the perfect patient who does everything you say,” she says. “But when you get onto the floor, that can be completely different.”

“This has been the best path for me to go in that direction,” she says.