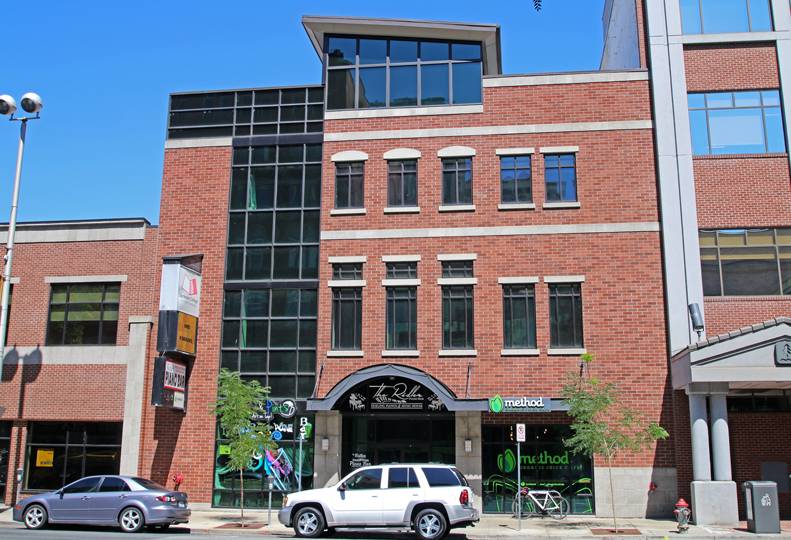 -Natasha Nellis
The Lerner Building, at 718 W. Riverside, could be home to the Lumen Charter School, which is expected to open in September 2020.

Spokane real estate broker Jordan Tampien says he’s in the process of acquiring his seventh Spokane-area property, the three-story Lerner Building, at 718 W. Riverside which he will co-own with his brother Joel Tampien.

Tampien, who co-owns 4 Degrees Real Estate with his brother, says he’s had his eye on the four-story, brick-and-glass building for a while but opted to wait until a tenant for the building was secured.

He decided it was time to pull the trigger on the building while searching for a home for the newly certified Lumen Charter School, he says.

It would be the perfect fit for the charter school because of its proximity to the Spokane Transit Authority Plaza, he says. The building is located directly across the street from the plaza, which will save the charter school money, he notes, because it won’t have to contract out busing services.

Tampien says he anticipates closing on the 20,800-square-foot property by the end of September. He declines to disclose the purchasing price, however the Spokane County Assessor’s records show the property is valued at $1.76 million.

Scot David LLC is listed as the current building owner.

Current tenants include Spokane Community Colleges English as a Second Language course on the second floor and first-floor tenants Method Juice Café, Paint & Pints, and the Ridler Piano Bar. The third floor is vacant, he says.

Lumen Charter School, the third certified charter school in Spokane, will occupy the second and third floors, Tampien says, and may occupy a portion of the first floor.

Lumen is geared toward teen moms who find themselves unable to attend school because of the cost of childcare, he says. The new school will include a daycare component, along with regular high school classes and specialized classes that focus on parenting.

Once the real estate transaction is finalized, tenant improvements, which Tampien values at nearly $800,000, will begin. He anticipates Lumen will be able to move in by June 1 and will  begin classes in September 2020.

Tampien’s portfolio includes the former Spokane Boxing Building at 1826 E. Sprague, which is occupied by a 4 Degrees Real Estate office; the $10 million-plus, seven-story multiuse building under construction on west First Avenue; the two adjacent buildings on the 1300 block of west First Avenue that are being redeveloped into a restaurant and brewery; the building at 915 W. Second, which is used as the main offices for 4 Degrees; and the two-story building at 1229 W. First.