When older adults go back to school 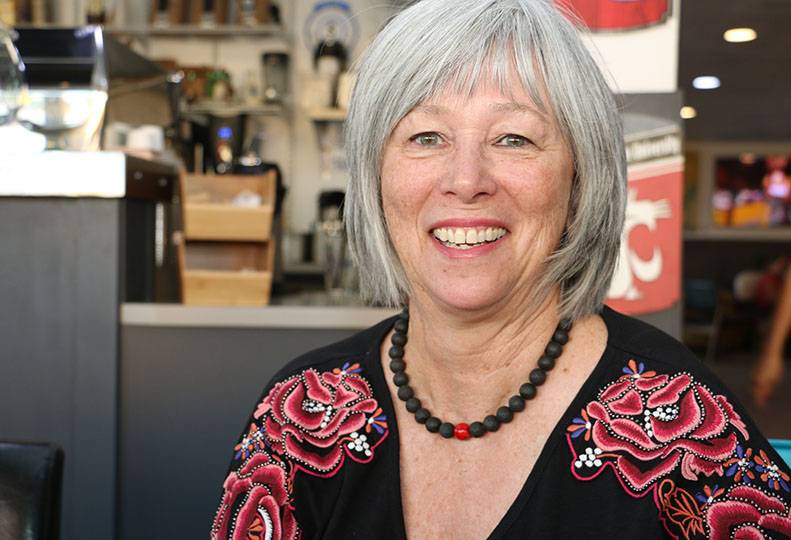 -—Judith Spitzer
Kris Mudd, 69, just retired for the second time and plans to audit classes at Spokane Falls Community College this winter. The community college has a program called Act 2, aimed at students over 55.

Dr. Erik Strandness studied and practiced neonatal intensive-care medicine in Spokane for 25 years before retiring at the age of 51, in 2009, to pursue a graduate degree in theology at Whitworth University.


After graduating in 2011, he took a position with Oaks Classical Christian Academy in Spokane where he teaches theology, history, and biology. He says a love of learning influenced his decision, but primarily he wanted to explore aspects of science and faith that he discovered he had always been profoundly interested in and passionate about.


Whether it’s continuing education, graduate school, or auditing college classes, many retirees are returning to the college campus for a number of reasons, say education experts. Retirees may want to acquire new job skills, fulfill personal goals, take classes they’ve always been interested in but didn’t have time for, or even pursue a four-year degree for an encore career.


The Master of Arts degree in the theology program is one of the most popular with older students, she says.
In 2009, 27 percent of students enrolled in the theology graduate program were over age 50, while in 2014, that number was 44 percent.


“There are about 37 people enrolled right now,” she says. “We only take about 15 or so new students in that program a year.”


“In the theology program, they say this has always been a fascination of mine, and I want to go back to school and study theology … we’ve had lay people and pastors, a physician, an attorney, housewives who haven’t been in the work world. It’s an incredibly dynamic program,” she says.


A lot of “finishers” also are among those 50 and older, she says, referring to students who generally are interested in returning to school because they never finished school and earned a degree.


“Many of these people have attended more than one college or university. We accept the credits they bring regardless of time limit … if they come from an accredited university or college.”


The oldest baby boomers already have turned 65, and the age-65-and-older population grew 18 percent between 2000 and 2011 to 41.4 million senior citizens, according to a recent Administration on Aging report. Those numbers are expected to balloon further during the coming decade as baby boomers continue to reach traditional retirement age.


A growing number of retirees will continue to work during traditional retirement years. Some 18.5 percent of Americans age 65 and older were in the labor force in 2012, according to the federal Bureau of Labor Statistics, including 24 percent of men and 14 percent of women.


Polly McMahon, director of the social services program at Spokane Falls Community College, says many older students return to school because they have to continue working beyond retirement.


“They may be 70 years old, but they may still be working, and even if they’re retired, they still need an income,” McMahon says. “Maybe they didn’t realize how much money it would cost to live in retirement, and they need the skills to be able to support themselves. Income needs are a big part of it.”


She says she also sees older adults who have spent their lives in one career, and they need to find something new. She contends they’re excited to keep their minds active and they want to make a difference. Many of them in the social services program transfer to a four-year school.


“They might say they’re too old to be going back to school, but then realize they’re going to be 65 any way you look at it. Do you want to be 65 and in school or 65 and sitting at home? You’re never too old to learn and you have more options this way,” McMahon says.


At age 69, Kris Mudd says she is a lifelong learner and voracious reader. Twice retired, Mudd says once the weather starts getting cold again, she plans to go back to school at SFCC and perhaps audit a class, or take one of the hundreds of classes offered through Act 2, part of the Community Colleges of Spokane system of classes for retirees or those close to retirement.


Mudd, a wellness and fitness teacher at SFCC for many years, took early retirement at age 56. Her life changed dramatically when she found herself single several years later, and she felt she needed to rejoin the workforce. She returned to a second career after taking a six-week career transitions class at SFCC.


She says the six-week class gave her confidence a boost and she was able to refresh her skills. At the end of the six weeks, she accepted a job with Washington State University on the Spokane campus. She eventually retired from that position and today says she’s interested in auditing credit classes at the college. “I’m inclined to go across to campus and audit one of the regular classes there,” she says.


Students are welcome to audit a class if there is room in that class, says Jim Minkler, vice president of learning at SFCC. He says auditing a class means a student sits in on a course, but they don’t take it for a grade and aren’t required to take assessment tests.  Minkler says students are required to select the audit option at the time of registration, and are required to pay standard tuition and fees.


Mudd says she has test anxiety, so taking classes where she won’t be required to be tested is perfect for her.
“I’m keeping my mind busy and learning that my brain still functions,” she says. She says she feels somewhat like a kid in a candy store. “I’m still getting used to not having to go back to work at 8 a.m. and what day it is,” she says with a laugh. “I can do what I want.”


According to the Institutional Research Department at Community Colleges of Spokane, there were 4,400 students over age 55 taking classes at both SFCC and SCC.  Of those students, 573 were seeking an associate degree or a certificate and 3,727 were enrolled in non- credit classes. The other 165 students were enrolled in GED and adult basic education courses.


Some of the for-credit programs attracting high numbers of older students, says Minkler,  include addiction studies, general business, library information services, photography, interior design and early childhood education.
“You’re never too old for lifelong learning,” Minkler says. “Once people retire, they like the more in-depth, challenging classes. A number of retirees are actually having encore careers and launching whole new careers. Good for them. Those individuals are out there.”


Jaclyn Jacot oversees both the Career Transitions program and the Act 2 program at Community Colleges of Spokane.


The transitions program serves displaced homemakers, unemployed, retirees, and others in a six-week program costing $300. The program serves 50 students every six weeks or 100 students per quarter, Jacot says. “It’s a diverse group of folks. We have retired school teachers, others who needed a job but have an old skill set,” she says.
The Act 2 program has been in existence for about 20 years, but nobody knew about it but the seniors who used it, Jacot says.


“It flew under the radar, we widened the demographic, opened up the service areas and added new classes. We’ve done more marketing, but we’ve also added a lot more classes,” she says.


“Now mostly it’s people who no longer have kids at home and have time to try new things. They’re making new friends, and are exposed to new and creative ideas,” she says.


She says the program has seen growth for the past five years in a row. In the 2013-14 school year, there were almost 3,300 students taking classes, she says, up from about 2,700 students the year before.


“The numbers of students have increased and the numbers in each of the classes has increased,” she says. “Act 2 offers more than 300 different classes during a given quarter and one-half of those are health and fitness classes. By far that category is the most popular,” she says. Other popular classes include history classes, writing, foreign languages, communications, and technology.


Ben P. Meredith, executive director of Eastern Washington University’s Extended Campus in Cheney, says retirees across the country are going back to school because they want to stay active.


He says he has seen an increase in older people going back to school—a change from 10 years ago—adding that online classes are growing.


“I think we’re seeing older adults utilize online learning because I think people are more comfortable going online than going to face-to-face classes with 18- to 23-year-olds,” he says. “And they can communicate using technology that is quite easy to use. There’s a misperception out there that the older generation is not on the Internet, and that’s not the case at all. The over-65 age group has really gravitated toward using technology.”


He adds that older students aren’t writing code but are using the communication opportunities of the Web and repositories in much greater numbers than expected.


He estimates that, depending on the time of year, between 200 and 400 students 65 and older are taking classes at EWU. “We see many of them in the continuing education area,” he says.


Surprisingly, he says many of them are focused in areas such as project management. “Executives are now taking their experience into consulting. They are mingling their life experience with new skills and having a second career,” he says.


“If you’ve been an engineer for 40 years, you may not be going to work for a really big corporate company, but these people are serving as consultants to smaller companies who need that kind of experience and are willing to take on these people,” he says. “Baby boomers have life experience in business, and they’ve still very vital and viable.”


He says the freedom of setting one’s own schedule with a consulting business aligns with retirees wanting to spend time with grandchildren. “It doesn’t conflict with their work schedule,” he says.


He says people 60 and older in many cases are taking courses they’ve always wanted to take.


“Also the skills they learn at the university are allowing them to communicate more readily with younger people, including their grandchildren,” he says.


He says EWU has seen a rise in the over-65 age group who are online in the gaming world with games such as Second Life and World of Warcraft. “We have found that homebound, older adults who are geographically separated from grown children and grandchildren, can play with them online,” he says.