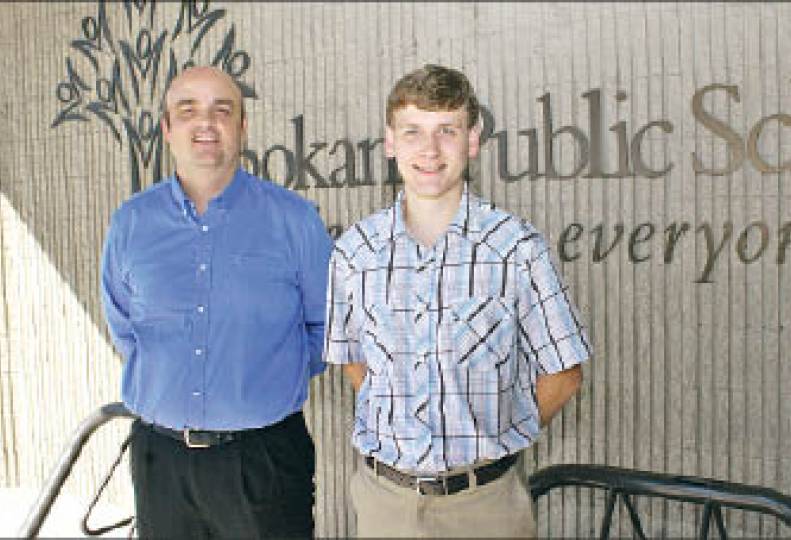 Spokane Public Schools is rolling out a new automated student tracking system for the upcoming academic year in an attempt to help administrators and counselors identify students who may be a dropout risk.

The creation of this new program, known as the Early Warning System, comes on the heels of a recent study that looked at possible early indicators that might foretell whether students would be more likely to drop out before receiving a diploma.

Steven Gering, the Spokane school district's director of assessment, college, and career readiness and innovate programs, says the goal of the software-based system is to identify so-called tipping points.

"If you could put a tool in these educators' hands, then they could watch for these tipping points and get involved sooner," Gering says. The tipping points Gering is talking about are indicators, or warning signs, that are indicative of future problems completing school.

"It doesn't mean (a student is) going to dropout," Gering says. "It just means they're at a higher risk."

Gering says those tipping points and indicators vary depending on grade level, and the software is tailored to specific education levels because of that, meaning the program weights certain early indicators more for the elementary level than it does for the high school level, he says. The greatest indicator for the elementary level is test score data; the middle school indicator is eighth grade attendance, and the high school indicator is overall attendance. Gering says the program also can be tailored to track individual school's goals, not just those of the district.

Mary Templeton, assistant principal at Rogers High School, says she plans to pay close attention to getting students through the ninth grade without receiving an F on their transcript.

"The tool allows us to take a look at each kid and look at risk factors," Templeton says. "I think it's going to be a good visual tool for my team."

"We passionately believe that education is the equalizer," Templeton says. Regardless of socio-economic status, Templeton says if students can graduate with a college-ready transcript, it provides an opportunity for them to increase their social capital.

"Every student who enters our doors will have the same opportunity as those who live elsewhere, regardless of ZIP code," Templeton says.

A study titled "Getting to Graduation and Beyond: Identifying Indicators of Risk of Failure for Students in the Spokane Public Schools," evaluated the 2008 and 2010 graduating classes in the district. The $45,000 research project was funded by United Way, the Empire Health Foundation, and the Inland Northwest Community Foundation, and was conducted from October 2011 to May 2012.

Gering says once the study was completed, two programmers began putting the Early Warning System together. He says district wide training on the tracking system has been conducted throughout August to prepare educators before the academic year starts.

Terren Roloff, director of community relations for Spokane Public Schools, says the system didn't cost the district anything to implement.

The study identified four areas that could predict whether someone wouldn't complete a K-12 education: failing grades in core courses; performance on standardized tests; unexcused absences; and serious disciplinary action, such as suspensions or expulsions.

Keeping track of student performance isn't a new thing, Gering says. The district and educators within the district have already been doing that. He says what's new about this program is the automation of compiling the data nightly.

"Previously, there would be piles and piles of separate reports that you would have to do something with," Gering says. Principals would receive weekly reports with data on attendance or test scores, he says, but administrators would have to sort through the data. Now, Gering says the district can put that into something visible.

Students who earned an F in middle or high school dropped their likelihood of graduating from 83 percent to 65 percent, and roughly half of those students who scored in the bottom third on standardized tests graduated from high school, the study says. Also, less than half of the students who had four or more cumulative unexcused absences between third and 10th grade graduated, it says.

Templeton says Rogers has attendance teams in place made up of counselors, assistant principals, and achievement intervention specialists, who are support staff that work with students who are at risk of not graduating on time. Templeton says she anticipates the Early Warning System will be an asset to those teams.

Having access to data stored through the Early Warning System is "going to make the whole process really transparent," she says.

Templeton says this tool is just one more way for her and her teams to be more diligent about intervention and getting Rogers students to graduate on time.

For Rogers, Templeton says, the goal—albeit a big one—is a 100 percent graduation rate.

"There's no way we can do that without knowing every student," she says. "This is a way for us to know every student."

Gering says the long-term goal for the district is to use the new program to decrease the district wide dropout rate to single digits.

"If it's working properly, then we should see earlier intervention," he says. That can take the form of a counselor, teacher, or a team of individuals actively helping a student, he says.

Templeton says parents at Rogers get involved immediately in the intervention process. For attendance, parents are notified automatically at the end of the school day when a student is absent.

She says the new system will shape how frequently parents are contacted by intervention teams. Since the study says four unexcused absences are a warning sign, Templeton says the school will start making those phone calls home before a student gets past that mark.

Gering says new features are being added continually based on what educators would like to see. He says one recent addition involves updates to the way grades are evaluated using the program. Administrators wanted to see grades updated more frequently like other data sets, such as attendance, rather than quarterly.

"They wanted to know if kids are on the path to failing," Gering says.

Counselors and administrators wanted to know if students were failing classes sooner, he says, so the programmers reworked the system to update grades nightly.

The Spokane Public School District educates about 29,000 students and has about 3,200 employees.