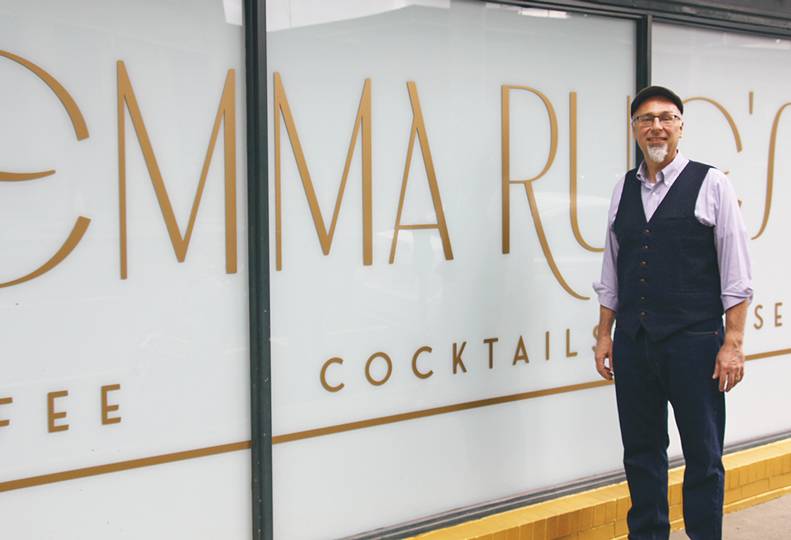 Following a two-week soft opening, the trio had scheduled a private event on Tuesday, Aug. 24, to commemorate the Emma Rue’s debut.

Emma Rue’s is located in the south portion of the Symons Block building, at the northeast corner of Howard Street and First Avenue. With a total of five employees to start, Emma Rue’s is open seven days a week from 7 a.m. to 3 p.m.

The Agees and Hein also own and operate the adjoining People’s Waffle restaurant establishment in the 3,000-square-foot space that once served as home to The Blue Spark bar, which closed in 2013 after 14 years. More recently, the space was occupied by event venue and bar The Observatory, which closed in early 2019.

Regarding Emma Rue’s, Agee says, “We make our own oat milk in-house and all of our own sauces and syrups.”

The 67,700-square-foot building was constructed in 1917 and was listed on the Spokane Register of Historic Places in 1996.