Manufacturers here contend its closure would hurt them 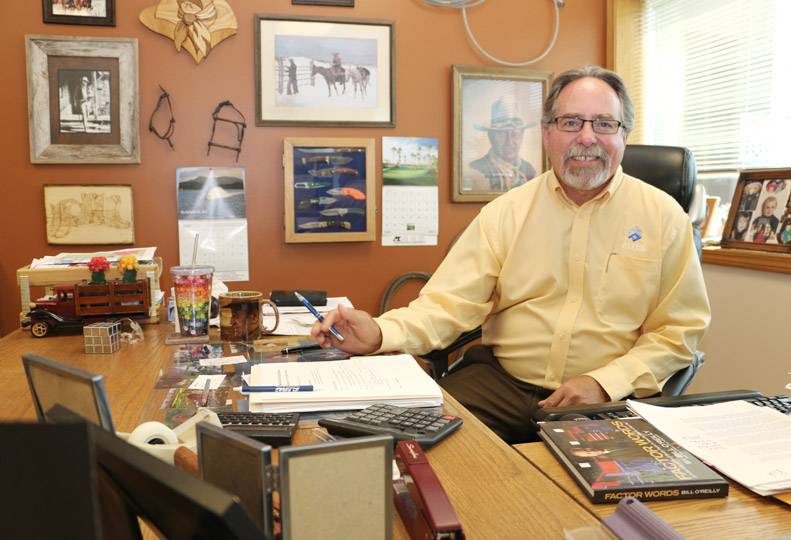 -—Judith Spitzer
Altek Inc.’s Rick Taylor attended a meeting recently with local business leaders and others to discuss the reauthorization of the Ex-Im bank. He says failing to reauthorize “would be a job killer.”

The fight over whether to reauthorize the Export-Import Bank, the government’s export credit agency that helps foreign companies buy U.S. goods, is frustrating to some Spokane-area manufacturers and business owners. They support the reauthorization of the bank, which in the past has been renewed with bipartisan support, and question the politics behind the controversy.

Last reauthorized in 2012, the bank’s charter will expire on Sept. 30, 2014 unless Congress votes to renew it. The bank provides billions of dollars in loans, loan guarantees, and credit insurance to aid U.S. companies that export products.

On July 31, Sen. Maria Cantwell, D-Wash., and Sen. Patty Murray, D-Wash., cosponsored a bill to reauthorize the Export-Import Bank before its charter expires. Cantwell contends the bank is a crucial entity for more than 180 exporters in the state who sell products to international markets, including about 15 exporters in the greater Spokane area. Cantwell and Murray say the bank supports 85,000 jobs in the state.

“The Export-Import Bank is a critical tool that helps small businesses in Eastern Washington and around the country export American-made products and create jobs back home,” Cantwell says in a press release about the legislation. “Our new bipartisan bill in the Senate will allow thousands of American businesses to compete on a level playing field and sell their products to a growing global middle class.”

In Eastern Washington, according to the bank’s website, 15 exporters and $65 million in exports were supported by the bank between 2007 and 2014. Fourteen of those exporters were small businesses.

The Ex-Im bank, as it’s often called, was created in 1934 as part of President Franklin D. Roosevelt’s New Deal to support foreign policy. It was made an independent agency by Congress in 1945 and is chartered as a government corporation. Its stated mission is to create and sustain U.S. jobs by financing sales of American exports to international buyers.

Several Republican leaders have said they oppose reauthorization because they believe the financing of exports should be handled by the private sector.

Republican Rep. Cathy McMorris Rodgers, who voted for the measure when it was last reauthorized in 2012, is the only member of the Washington delegation who hasn’t yet said publicly whether she will vote to reauthorize the bank.

McMorris Rodgers says she realizes Ex-Im bank plays an important role in Eastern Washington jobs, and because of that she is advocating for meaningful reforms on its reauthorization, according to her press secretary Audrey Scagnelli. Scagnelli says the congresswoman believes that putting better safeguards in place will increase transparency and ensure loans and guarantees are going to those intended.

The pending five-year reauthorization package would incrementally increase the bank’s spending authority to $160 billion from $140 billion over a four-year period, require the bank to submit a report to Congress detailing its business plan and risk exposure, and ensure the bank’s loan loss ratio is less than 2 percent for any quarter in that fiscal year. The bill also would require a Government accountability Office study to be completed within one year to identify the risk to taxpayers of the bank’s medium-term program.

The Ex-Im bank reauthorization was the topic of discussion at a Boeing Co.-organized meeting held last month at Greater Spokane Incorporated’s offices here. Among those attending the meeting were several Spokane business owners, local and regional politicians, and former Washington Gov. Christine Gregoire, who is on the bank’s advisory committee.

Robin Toth, GSI’s vice president of business development, says the goal of the meeting was to provide continued education on the importance of the Ex-Im bank to Washington state, especially in the manufacturing, aerospace and agriculture industries.

“I think everyone who was in attendance had a strong understanding of the need to authorize the funding mechanism provided by the Ex-Im bank,” Toth says. “As economic developers, we understand that we are in heavy competition for jobs, not just in Washington state and the U.S., but worldwide. Having this opportunity that allows small, medium and large companies to guarantee payment for their products is critical to continued growth.”

Rick Taylor, vice president of Altek Inc., a Liberty Lake-based contract manufacturer and plastic injection molding company, attended the meeting. Taylor says he “absolutely” supports the reauthorization, and he contends its closure could have a dramatic impact on many smaller businesses as well as the aerospace industry.

“It would be a job killer,” Taylor says. “And that concerns me. Unfortunately, I think it is being used as a leverage tool in the House, although nobody will admit that. And that’s probably why it hasn’t been authorized yet,” Taylor says.

He says he was hopeful after a meeting several weeks ago with McMorris Rodgers that she would support the reauthorization. He spent an hour with the congresswoman and shared with her how the bank is being used. “I shared with her that it is not just aerospace who is using the bank but small business as well,” he says.

Taylor says they also discussed a temporary reauthorization, extending the bank’s charter for one year. He told her that businesses would not benefit from a temporary fix. “That doesn’t work. It doesn’t allow businesses to plan for the future,” he says.

Commercial Creamery, a Spokane-based company that supplies cheese-based dried sauces and seasonings to food manufacturers both domestically and in countries such as the Philippines and Indonesia, relies on the Ex-Im bank for credit insurance says Mike Gilmartin, company president. Gilmartin says Commercial Creamery pays a premium to Ex-Im bank to mitigate its risk, which he contends is typically the way smaller businesses use the bank’s services. For example, he says if the company sells a shipping container full of cheese product for $110,000, the shipment is covered by Ex-Im bank for 80 percent if something happens and the customer doesn’t pay for the shipment.

“We don’t want to pass up sales,” Gilmartin says. “If we didn’t have (Ex-Im bank), it would make business riskier, although it wouldn’t necessarily devastate it.” He adds that without the credit insurance, the company would probably have to go case-by-case with each prospective customer to determine the level of risk and decide whether or not to sell to that particular company.

Gilmartin says he thinks the political battle over the bank’s charter is a lot of fuss over something that used to be a done deal.

“It’s frustrating because this used to be automatic,” he says. “It’s ironic to have the Democrats pushing for this because it’s a small-business issue. I think it’s largely tea party-driven and it’s a complete misunderstanding by them.”

Gilmartin says he’s surprised but happy to accept Democratic support for the reauthorization. “They’re on the right side with this one,” he says.

Jim Glenn, president of Hayden -based Titan Spring Inc., which specializes in manufacturing parts and assemblies for the aerospace industry, says that while he understands why some people are opposing the reauthorization, he doesn’t believe now is the time to change anything.

Glenn notes that Airbus, Europe’s aircraft manufacturer, is Boeing’s main competitor, and says “they have their own export-import banks, so if people think they can get a better deal through them they will buy an Airbus. Boeing makes good planes, Airbus makes good planes,” he says.

Glenn says he doesn’t argue with the opposition’s distaste for big business working with big government.

“I understand their points, and I would just as soon see government shrink as well,” he says. “But if it’s not reauthorized it would have a huge impact on the state of Washington and money going into local economies, and the ramifications of doing this would be tremendous.”

Glenn says business hasn’t been great for the past eight years.

“And now we’re just lumbering around trying to get back to what it was,” he says. “It’s not a good time to do anything to hurt the economy. Boeing is making profits and hiring people. Why do we want to change that.”

Cindy Robinson, vice president of finance at Alliance Machine Systems in Spokane Valley, estimates that her company does about $1 million a year in business that involves the Export-Import Bank. Alliance, which manufactures automated equipment for the paperboard packaging industry, has annual revenue of about $60 million, says Robinson, and employs about 200 people in Spokane Valley.

“We do a lot of international shipments, but only one or two where the customer uses the Export-Import Bank,” Robinson says. “We do think the bank is beneficial, but we don’t typically go out and initiate things like that. We do have to complete documents for them to do that, but it’s very minimal.”

Robinson says Alliance customers who use the bank are primarily in Central and South America.

Debate over the bank’s reauthorization is on hold at least for the month of August and the first week in September, since Congress adjourned for summer recess on Aug. 1. When they return in early September, members will have just a few legislative days to consider the reauthorization.