Brokerage expects 2021 to be strongest year yet 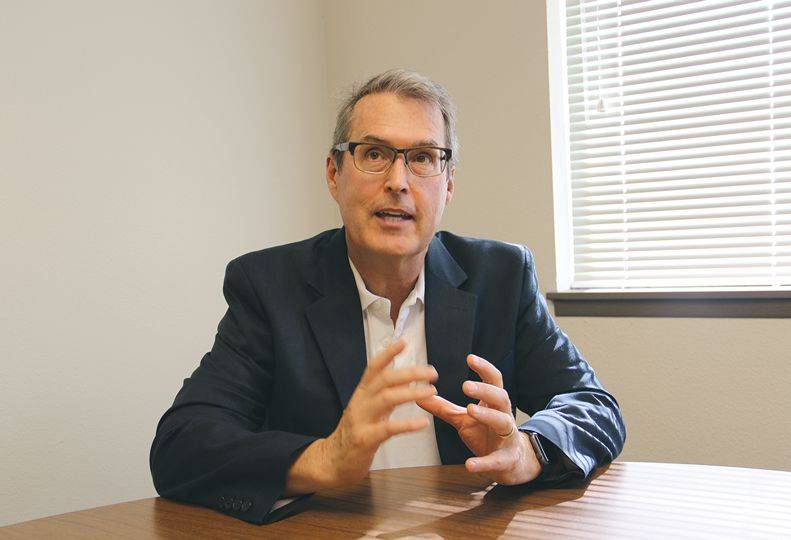 -NATASHA NELLIS
Exio Vice President Doug Miller says the business brokerage sees opportunity in Washington state in the second half of this year because of a looming capital-gains tax.

Baby boomers looking to sell their businesses have created a hot market for those looking to acquire companies, and a Coeur d’Alene-based brokerage claims it’s positioned well to handle that heat.

And Exio, the merger and acquisitions management company looking to shake up the business brokerage industry, has set its sights on Spokane as the next market poised for strong business sales.

“There are a lot of people here in this town in their 60s and 70s who started businesses that became very successful,” Miller says. “Spokane is also the eastern powerhouse for the whole state of Washington. It ended up being the home of a lot of good-sized businesses.”

He adds, “You’d have to go very far east to find another city that has the economic power of Spokane that also has the number of quality, well-run businesses that are nationally regarded.”

The company, which typically sells companies valued at between $1.5 million and $80 million, hasn’t yet worked with a Washington-based company, he notes. It has had clients in North Idaho and Boise, as well as in Florida, Maryland, Ohio, Texas, and California.

One of the things that makes Washington an attractive alternative for the company is a new sense of urgency some businesses might be feeling to sell during the second half of this year.

Washington state is planning to enact a capital gains tax in 2022, and Exio is positioned well to take on clients from the region, contends Miller.

Gov. Jay Inslee signed Senate Bill 5096 in April, which will implement a tax of 7% on capital gains over $250,000 a year starting on Jan. 1. The tax is facing court challenges in multiple lawsuits.

“There’s a change afoot from Washington, the capital gains, which is going to hit them hard,” Miller says. “If you have a business in the size range that we do, $1.5 million and up, you’re going to get hit with a big tax bill because of that change. So, if you decide in June or July that you want to sell your business, you have five months to sell it.”

The company has streamlined and expedited the selling process, through the implementation of its proprietary software, contends Miller.

Exio has sold a company in as little as 92 days, says Miller. A typical business sale takes an average of a year, and 30 to 60 days is usually required for the buyer to fully investigate the potential purchase, he contends.

“We’ve brought that all up front,” he says.

The company uses videos and storytelling to market the company without the buyer having to travel to meet the seller, he says. Those videos are created by an Exio team based out of Los Angeles, which travels around the country to shoot them. Exio has about a dozen employees, most of whom are based at its offices at 2900 N. Government Way, in Coeur d’Alene, as well as employees in Los Angeles, and one in Seattle, Miller says.

All of the marketing materials are placed on the Exio platform, which automates practically every step of the process, he adds.

A buyer looking to purchase a company listed on Exio’s platform will first receive basic information, such as a teaser video giving a short overview of what the company does—without disclosing the company name—and other general facts, such as location, year started, and who owns it.

Before potential buyers can access more information, they must sign a nondisclosure agreement via an automated process managed through Adobe secure documentation, says Miller.

Once the NDA is signed, a buyer is allowed access to the company name, a Q&A with the owner, and other information about company strengths, weaknesses, opportunities, and threats.

The final stage is accessing company financials, before which potential buyers must answer a short questionnaire to ensure they match well with the company they want to buy. Those questionnaires are then reviewed and are approved or denied by Miller or a member of his team.

Those who were approved will receive an automated email allowing them access to the company financials, while those denied are given a follow-up call.

“They’re asking to see, to our mind, something that should only go to serious buyers,” whereas in a typical brokerage, financials are one of the first things a potential buyer sees, Miller explains. That can hinder the seller’s ability to get the most for the company, because buyers often will come in with a set number in their head that is difficult to negotiate.

For example, Exio facilitated the sale of VR Analytical, a biopharmaceutical company in Bend, Oregon, to a United Kingdom-based company for $5.8 million. VR Analytical’s book value was $1.8 million, but Exio’s process helped to highlight the company’s true value, he says.

In addition, he says, Exio was able to get the company in front of General Electric Co., the multinational conglomerate. While the company ended up not being the right fit, the videos created by Exio highlighted the biopharmaceutical company’s database, which it ended up licensing to GE for $1 million, he says. GE also became a customer of the company and ordered four projects, each worth $400,000.

“We’re living in an era where money travels across borders, and so do buyers and sellers,” he contends. A traditional broker is typically limited to the geographic area they are based in, as well as by smaller staffs that can handle a lower volume of interested buyers, he adds.

Exio earns its revenue three ways, says Miller. A listing creation fee covers the video and portfolio development for the seller, and then a monthly fee is used to market the listing for up to 12 months.

The success fee is the final revenue bucket, which is a graduated system based on the amount the company is sold for. Anything above $5 million has a 4% fee. Transactions from $1 million to $2 million are charged a lower rate than those between $2 million and $5 million, which are charged at a rate lower than 4%.

Miller declines to disclose the company’s annual revenue but says 2020 was the company’s best year revenue-wise, and 2021 is trending to be at least 50% higher.

On average, the company has 20 companies in its client portfolio in various stages of selling at any given time.

“It’s been a phenomenal quarter for us. We have six new clients coming on in the next 10 days,” he says.

In addition to its ability to market businesses worldwide, the company also can analyze data and look at where buyers are coming from so that it can adjust its marketing strategies to target areas.

In addition, Exio tracks how many people look at the listing, where they come from, and how far in the process they kept interest. For example, a single listing received 611 views in June 2020, but only 17 signed the NDA, says Miller.

“We’re getting smarter every day the company is online, and we have this database we’re creating,” he says.