Fast-food restaurants to be razed, replaced

Downtown Carl's Jr., North Side McDonald's among those slated for improvements 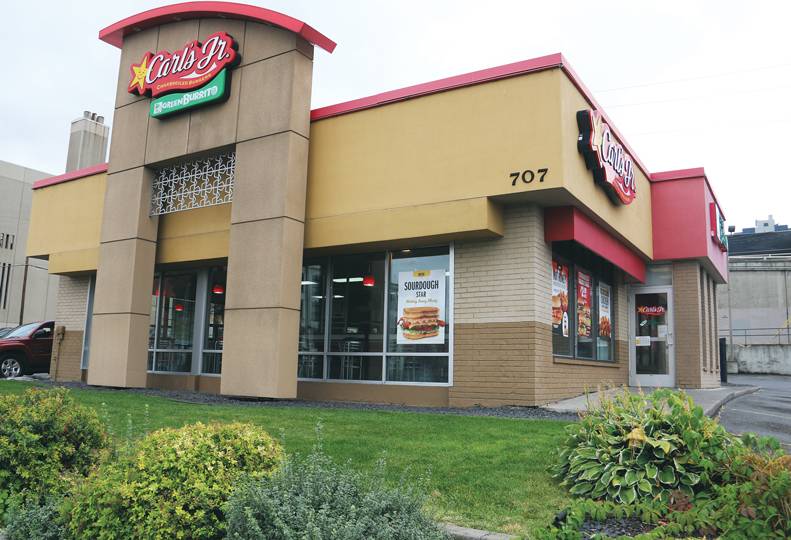 -Virginia Thomas
The Carl’s Jr. restaurant in downtown Spokane is one of several at which overhauls are planned in the coming months.

Four fast-food and fast-casual restaurants around the Spokane area are being built, rebuilt, or are in the planning stages.

According to documents filed with the city of Spokane, the Carl's Jr. restaurant at 707 W. Third will be demolished and fully replaced by a new 2,430-square-foot restaurant building. A pre-development application lists the project value at $950,000.

The project also will involve removing a driveway on West Third Avenue, as well as relocating an existing driveway farther south on South Wall Street, away from the intersection. The next step in the process is for the project owner to submit a building permit application.

According to Spokane County Assessor's records, the land the restaurant occupies is owned by Harlan D. Douglass Trust.

Another restaurant is being demolished and replaced in North Spokane. According to documents filed with the city, the McDonald's restaurant at 9305 N. Newport Highway, just northeast of the Division Street "Y," will be torn down in order to construct a new restaurant and to make improvements to the site.

The proposed work includes making changes to on-site utilities, as well as changing parking and circulation patterns. The applicant and civil engineer for the project is listed as Kirkland-based Blueline Group. The company couldn't be reached immediately for comment.

A Mod Pizza restaurant is planned in Airway Heights, at 9746 W. Sunset Highway, Suite 101. A tenant improvement application shows that Mod Pizza will occupy about 2,630 square feet in the multitenant commercial structure.

Remodeling of the space is valued at $250,000, documents show. The architect on the project is Seattle-based Graphite Design Group LLC. M-Engineering, also of Seattle, is providing engineering services. Documents show that a contractor hasn't been selected yet. A representative of Seattle-based Mod Super Fast Pizza LLC couldn't be reached immediately for comment.