$12.5M project to include 48 units, other amenities 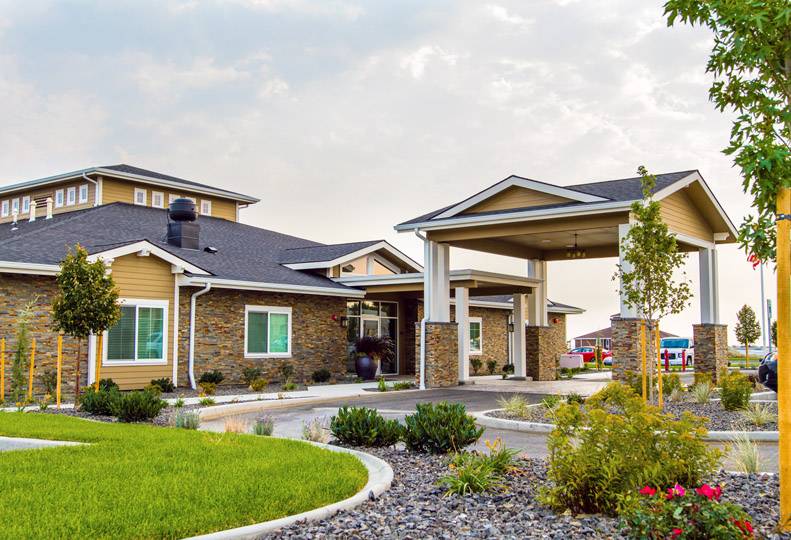 -—Cascadia Development LLC
The Fieldstone Memory Care facility currently under construction on Spokane’s South Hill will be similar to a retirement complex developed in Yakima, Wash., pictured above.

The company does business as and operates its facilities as Cascadia Senior Living & Development.

The 40,000-square-foot building will have 60 beds in 48 units. The residents’ rooms will be a mix of studio and one-bedroom apartment units along with companion suites, in which two beds will be in a single unit, says Younker.

The facility also will include a theater, a 1950s-style diner, an art studio, a spa, a salon, a sensory room, a “town square” in the center of the building, and an enclosed courtyard with walking paths, shaded areas, and benches, he says.

Construction is expected to be completed in about a year, and Younker hopes the facility will open next summer, he says.

Younker estimates more than 50 full-time equivalent employees will work at the facility.

Poston Architects Inc., of Yakima, designed the facility, and CD Smith Construction Inc., of Ford du Lac, Wis., is the general contractor for the project.

A second phase of construction is envisioned that would involve building three 5,400-square-foot buildings that would house six beds each, says Younker.

“Right now, we’re really just focused on the memory care facility, the larger building. If it’s successful and there’s a demand for those adult family homes, we would build those at that point,” says Younker.

Cascadia Senior Living & Development operates six facilities and has eight more in the works. By the end of the year, the company will have nine facilities open in Washington state and one in Portland, Ore., says Younker.