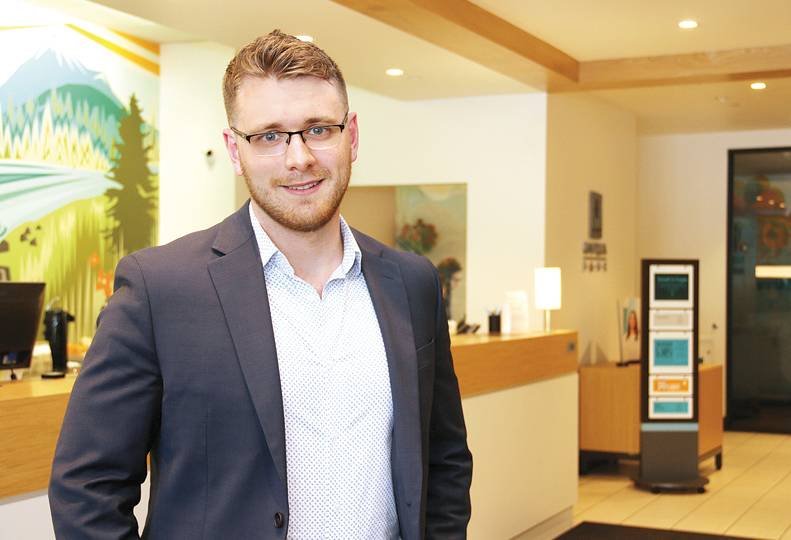 -Natasha Nellis
Umpqua Bank’s Taylor Brown says one feature of the company’s new app enables customers to ask him questions through it. 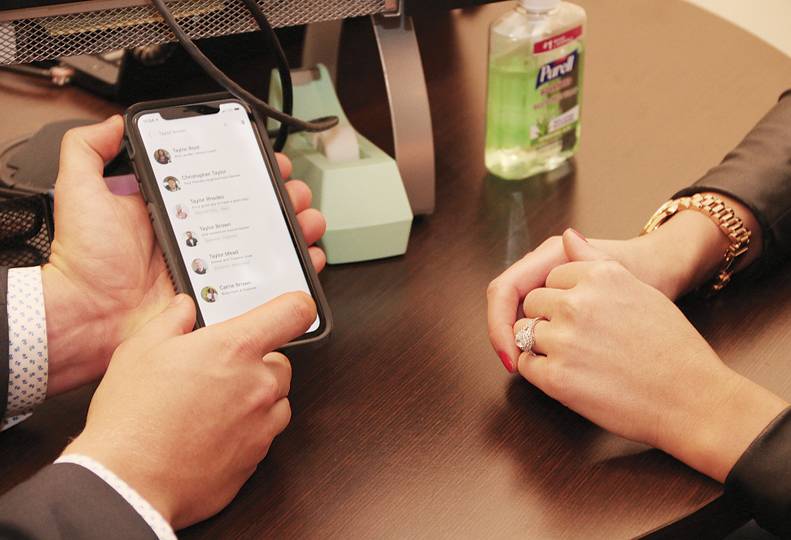 In the face of the rising dependence on smartphones, more banks are developing apps that work to build relationships with customers and offer on-the-go financial advice.

Roseburg, Oregon-based Umpqua Bank, which has eight locations and roughly 500 employees in the Inland Northwest, recently launched its Go-To banking app, which allows customers to pair with a personal relationship banker that is able to provide financial advice on the go.

Brian Read, the Spokane-based head of retail banking for Umpqua, says the app takes the bank’s core value as a community hub digital by providing the same service customers would expect if they were to walk into a branch, and the app works to build relationships between customers and bankers.

The app is available to both customers and noncustomers, says Read. Users will set up a basic profile and then will gain access to a carousel of over 275 relationship bankers to choose from. Users will be able to read a short biography about the banker and then select one to be their personal banker.

The app experience is the same for Umpqua Bank customers and noncustomers, Read says, however, customers will be able to receive more comprehensive advice as the bankers will have access to their accounts, while noncustomers would be limited by what information is given to the banker.

Taylor Brown, a relationship banker for Umpqua’s Spokane Valley Dishman branch, says, “The application looks exactly the same (for noncustomers), but it is just a little bit more generalized.”

Brown says he can provide generalized answers, but he can’t give specific answers without seeing their account information.

Brown says the app allows his customers to have complete access to him for any advice or account questions they have at any time. The customer can send him a message through the app, which will notify him, and he can provide answers without the customer having to come into the branch. Brown does note, however, that if a customer sends him account-specific questions after hours, they likely won’t receive a response until he gets to work the next day.

“To our knowledge, there’s not another bank that is using technology like this in this way, which again is human-digital and bringing customers and bankers together using technology, not using it to pull them apart,” says Read.

Read contends that more banks are shifting away from banker-customer interactions and are instead relying on technology for customer service, which drives people out of the equation. Read, quoting a survey by Umpqua, said at least 70% of customers said they still want a degree of human interaction with their banks.

“We created this app within the context of ‘How do we use technology to bring bankers and customers together?’ While people are changing the way they do banking, it is still very important for people to have that human connection,” Read says. “Convenience and ease are great in terms of technology, but it’s really that personal relationship that adds a tremendous amount of value.”

Available through both the Apple App Store and the Google Play Store, the app currently has over 23,000 users, which the bank hopes to double in the next year or so, he says.

The idea of personalizing mobile banking applications follows a national trend, according to Minneapolis-based U.S. Bank, which performed a survey earlier this year that found Americans are looking for digitally available help when it comes to managing their money. Financial management and advice was the No. 2 request when respondents were asked what types of advice they seek on their smartphone, only slightly lower than the No. 1 answer of physical training and exercise.

It was this idea that led U.S. Bank to launch its rebuilt mobile app, which was designed based on customer desires and now offers a more personalized experience, says Ankit Bhatt, Minneapolis-based senior vice president for omnichannel experience for U.S. Bank.

The new app provides insights into user finances, Bhatt says, by analyzing transaction activity and upcoming payments to alert customers of potential overdrafts and help them better manage their finances.

“It has insights around helping them manage their cash flow. We obviously know their balances, we know their inflows and outflows … we can alert them, as an example, if they’re going to have a negative balance in the next few weeks, so they can then try to manage their account,” Bhatt says.

It also streamlines the loan and mortgage application processes, he says, by making the documents available on the app’s dashboard.

The app currently is available on the Apple App Store, and Bhatt expects an Android version to be available within a few months.

The app was designed as part of a larger push by the bank to deliver new products, says Bhatt. It only took nine months from the inception of the idea to roll out the product, he says, and the goal is to continue to accelerate that momentum to provide new products to fit customer needs.

“We have a huge transformation happening at the bank where we’re leveraging agile methodology to launch this, and this was one of the initiatives within that umbrella,” Bhatt says.

The company used a new strategy to build the app, he says, in which it located both business and technology professionals together to collaborate on the app. He attributes the collaboration to the success of the app and its quick delivery.

“We have a pretty aggressive roadmap in front of us so that momentum continues,” he says. “Our desire is to continue that. The bank overall has a pretty large vision around doing our best to become central to our customers lives, and visual is a big piece of that.”

Overall, the application has over 2 million users, says Bhatt. The company was not able to provide usage data specific to the Spokane area.

U.S. Bank has 21 branches in the Inland Northwest.