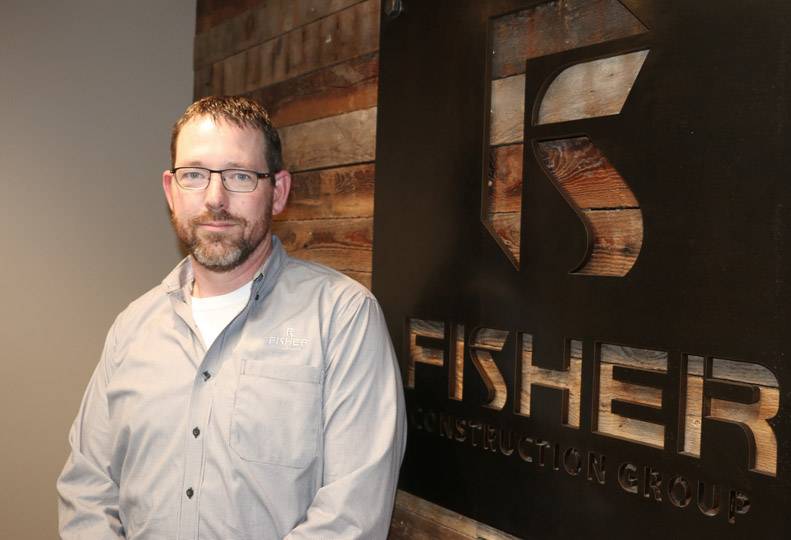 “We foresee continued growth in the company,” including within the Spokane office, he says.

Fisher, which has three offices, has a total of nine full-time employees in its Spokane office, three of whom were added in the past year. The company also has an intern that it plans to hire after he graduates in December, says Anderson.

The Spokane office occupies roughly 2,500 square feet of office space at 107 S. Howard, he says, where the it had moved from smaller quarters in February 2017.

Anderson says Fisher offers a variety of conventional commercial construction amenities, such as airport, bank, car dealership, and other retail and office projects. Locally, the company is the contractor for the Otis Hotel redevelopment downtown.

Fisher specializes, however, in food processing, cold storage, and industrial facilities, he says.

The company has constructed food processing and cold storage facilities for Sandpoint, Idaho-based salad dressing maker Litehouse Inc., building facilities both in Sandpoint and also in Utah for the company.

Anderson says Fisher focuses on private projects instead of public ones.

“We focus primarily on private work and private clients, and we develop that mostly through our existing relationships,” he says.

About 90 percent of the company’s work is conducted through the design-build delivery method. Fisher’s architectural group has 17 designers, one of whom works out of the Spokane office.

Anderson says Fisher decided to open a satellite officer here because it was looking for expansion opportunities.

Anderson, a Mead High School and Washington State University graduate, says he had a “personal desire” to move back to Spokane, and Fisher was looking for urban areas to open satellite offices.

The company had already done a number of projects in the Tri-Cities area, so Spokane was a logical step, he says.

“We’ll add staff to continue that growth, and we’ll add space … we don’t plan to go anywhere,” he says.