Focusing on growth at the CFA Society 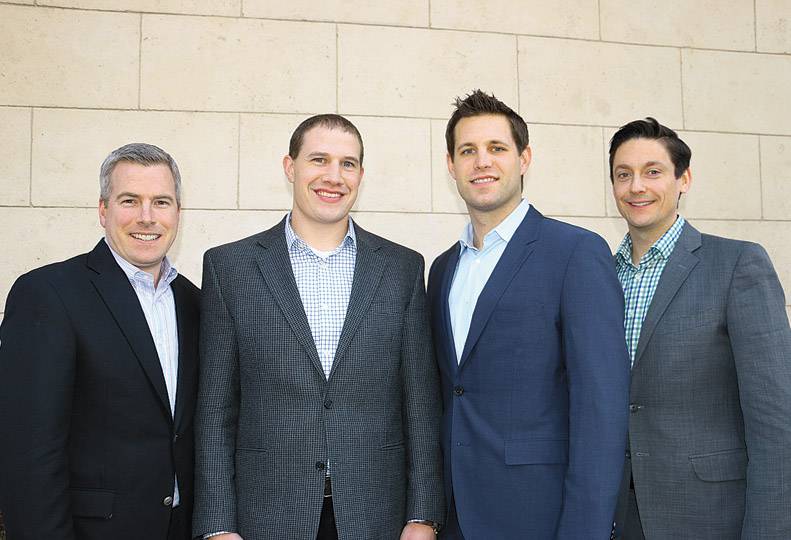 The Chartered Financial Analyst Society Spokane, an organization of financial analysts, portfolio managers, and other investment professionals, has grown from about 40 members to 70 members since 2005, mainly from starting a subchapter in Montana, holding events, and reaching out to regional universities, says Colin Kelly, past president of the society.

The CFA Society Spokane, which launched in 1992, is the local chapter of the Charlottesville, Va.-based CFA Institute, which administers the Chartered Financial Analyst Program and sets the bar for investment knowledge, standards, and ethics. The Institute has more than 120,000 members in 140 countries.

Kelly, who’s also a CFA and portfolio manager at Spokane-based Signia Capital Management LLC, says the society recently has been preparing to host its biggest event of the year, the 21st annual Forecast Dinner, tonight, March 12, at the Davenport Hotel downtown.

Kelly says the speakers each are expected to give 30-minute presentations and then to take questions from the audience. Attendance at the event is usually around 100 people, he says.

“Rarely do people here get to ask questions of guys like this,” Kelly says. “That’s why attendance is so good … it’s a great networking event not only for potential employees, but potential employers as well.”

After the dinner, Kelly says the society’s next event will feature guest speaker Michael Gayed, the chief financial officer of New York-based Pension Partners, on April 21 at Nectar Wine Bar, at 120 N. Stevens downtown. The society hosts a speaker about every six to eight weeks, and also sponsors an investment forum in the fall.

Kelly says that members of the group include wealth management professionals, estate planners, portfolio managers, and other finance professionals.

Dawn says, however, that other professionals such as attorneys, accountants, and bankers often attend the events.

The society has two tracks for membership, Kelly says. The first, called an affiliate member, is for people who haven’t attained their CFA charter yet. That membership costs about $50 a year, he says. Full membership, for those who have their CFA designation, is $300 a year.

People also can join the larger CFA Institute, or just the Spokane Society, Kelly says. Prospective members can contact the society through its website, he says.

“We try to be as open to potential members as possible,” Kelly says.

“The test is incredibly rigorous,” he says. “The stats are pretty amazing … only one in five end up attaining the charter.”

However, once someone attains their charter, it’s universal around the world, Kelly says.

Spencer Shelman, who’s a CFA as well and vice president of the society and a trade administrator and associate research analyst at Signia, says the charter also is difficult to attain because the tests are only offered once or twice a year.

“Level one is offered twice, but all the other levels are only offered once,” he says. “So if you don’t pass, you have to wait a year.”

Shelman says the CFA Institute recommends that people study about 300 hours per level.

Kelly says, “It’s like drinking from a fire hose of information.”

The society offers scholarships through the CFA Institute to help people pay for the test, and also offers some scholarships for study materials, Kelly says. The costs of taking the exams can vary depending on when the applicant registers, he says.

Dawn says, however, that the society has had more scholarships than it has had applicants.

“It is an early deadline (to sign up for the exam),” he says.

Shelman says one event, called the Research Challenge, has helped the society recruit members. The annual competition started about six or seven years ago, he says.

“We’ve grown from having just a few local universities, to now we’ve had nine or 10 that are in the pool that we’ve had participate,” he says. “Most recently, we had six schools … Washington State University, Whitworth, Gonzaga, Eastern (Washington University), Montana, and Montana State. Whitworth won (this year).”

For the competition, the society selects a local company to do an investor presentation to the students, Shelman says. Past companies include Spokane-based Avista Corp., Key Tronic Corp., and Potlatch Corp., and Liberty Lake-based Itron Inc.

“The students then put together a written research report on the company, which is graded by a society member,” Shelman says. “They also do a presentation to local portfolio managers of their recommendations for the company.”

Dawn says the student teams come together around Thanksgiving and meet with the subject company. The presentations then take place in February.

Shelman says the winning student team goes on to regional and global competitions in April, both of which will be in Atlanta this year.

“It’s a neat opportunity for students to kind of apply what they’re learning in the classroom to real life,” he says. “Each team also is assigned a CFA mentor.”

Dawn says that one student competitor even ended up being hired by the presenting company.

“The best story was the kid from (Montana State University) who got hired by Potlatch,” he says.