Remodel slated to be completed in August 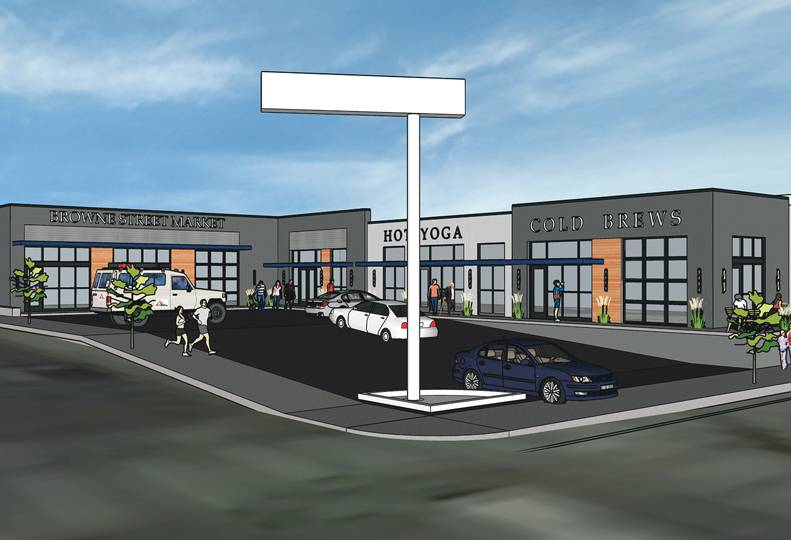 The owner of the former Les Schwab Tire Center near downtown Spokane says he plans to convert the site into a modern retail center.

Site plans on file with the city show the nearly 7,500-square-foot building at 101 W. Second will be renovated and divided into at least three retail spaces. The envisioned retail center, at the southwest corner of Second Avenue and Browne Street, is tentatively named Browne Street Market.

Sam Sidhu, who owns the property through 2450 LLC, says, “I would love to see local small businesses in that space.”

Greenacres-based South Henry Studios LLC is designing the renovations. No contractor has been selected yet. Sidhu says he plans to send the project out to bid within the next month. The project is valued at $125,000, and he expects it will be completed by August.

The façade will be renovated into a modern retail strip with brick and metal materials, he says.

“We want to help beautify the downtown area even more,” he asserts.

The property is being marketed toward services to support the influx of people moving downtown, says Bell.

“These will be things you can’t buy on Amazon,” he says.

Les Schwab Tire Center vacated the property in 2019 and moved to a building at 817 W. Third that formerly housed Troy’s Tire shop.

2450 LLC purchased the single-story building in August 2020 for $925,000, according to Spokane County Assessor’s Office records.

The company is helmed by Sidhu, who also is listed as the governing agent for the Millwood Grocery & Spirits, at 3409 N. Argonne Road, in Millwood, and The Piggy Mart, at 932 W. Third, in Spokane.

He says he also owns a few other commercial buildings.