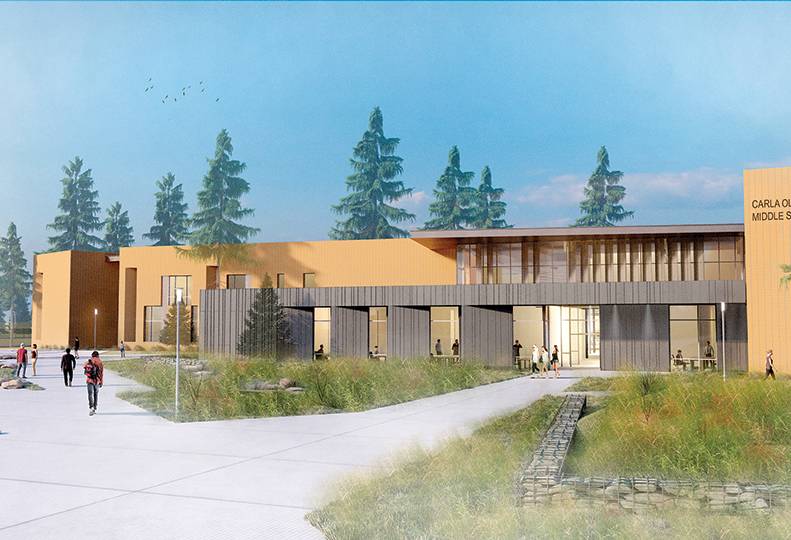 Work is under way—or soon will be—on four Spokane Public Schools middle school projects valued at a total of $212.5 million.

Two of the schools are expected to open in time for the 2022-23 school year, and site work on the other two will begin before the end of March, says Greg Forsyth, director of capital projects for the school district.

Pauline Flett Middle School and Denny Yasuhara Middle School are both on track to open in August, Forsyth says. Each school costs about $44.5 million.

Pauline Flett Middle School is located at 5020 W. Wellesley, near the former Joe Albi stadium site in northwest Spokane. The project was constructed through a general contractor/construction manager model. Garco Construction Inc., of Spokane, is the GCCM on Flett, which was designed by Spokane-based NAC Architecture. The middle school is named for a Spokane Tribe elder who helped to preserve the Salish language dialect by co-writing a Salish-English dictionary and teaching Salish to students at Eastern Washington University.

The two other projects—the $62 million replacement of Sacajawea Middle School and the new $61.5 million Carla Peperzak Middle School—are on track to open for the 2023-24 school year, Forsyth says. Both of those projects, which are located on Spokane’s South Hill, also are being developed through a GCCM model. For the replacement of Sacajawea Middle School, Spokane Valley-based Lydig Construction Inc. is the GCCM. ALSC Architects PS, of Spokane, designed the school.

Garco Construction is the GCCM on Carla Peperzak Middle School, which was designed by Spokane-based Integrus Architecture PS. The middle school is named in honor of a Holocaust survivor who currently lives in Spokane and teaches about the Holocaust and her resistance activities.

“Our weather this winter was great,” Forsyth says. “There was a bit of a shortage in glass, but we’ve been able to get through that with some early measuring and early procurement.”